Tweak The Minors To Prevent The Majors 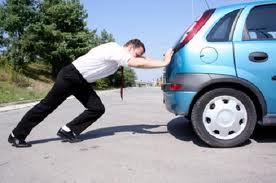 With the exception of your home security system, success is not predicated on a “set it and forget it” mentality.

Pilots don’t just set a Boeing 767 in the air and then go have a drink with the passengers until it’s time to land, nor do coaches design a game plan for tonight’s game and head off to watch it in the owner’s box.  Waiting until you actually see the mountain before deciding to take action will be too late; deciding to stick with and run the same plays even though you are losing by 27 points-you might as well chalk it up as a loss; and if you decide to wait until the final week to declare you are having a disastrous month-the missiles are already in the silo. BOOM- your month is history! Whether you are flying, coaching, driving, or even selling, it is imperative that you tweak and make the minor adjustments to prevent a major catastrophe.

There is an interesting phenomenon in sales called momentum which is a lot like pushing a stalled car-it’s easier to keep it going than it is to initially get it going.  The problem with momentum is once you take notice it’s too late and it takes weeks to get it back on track. Picture this: you start the month on fire- everyone you up seems to be buying from you.  At this point, life is good; you are a lover of all of humanity- “Who could ask for a better job lead by the best managers in the industry today,” you graciously think.  Two weeks into the month, your success begins to sputter, your efforts seem to backfire and a few days later you are standing outside in the Humbug Ring theorizing to the other unsuccessful salespeople how you started out leading the board and why you couldn’t even give a sale price loser away. You end the month covering your draw, yet not enough to cover your bills.

With the dawn of a fresh, new month you waste the next week holding court on the blacktop telling stories of last month’s trials of how all of the bogues (poor credit customers) seemed to attach themselves to poor little ole’ you-adding to your misery, you tell the story of the one laydown that would’ve pulled your month out. You tell the story about the little old lady with an 800 Beacon score, receiving $900 a month in social security retirement, she reluctantly agrees to buy a $40,000 truck for her prized grandson- the same grandson who couldn’t buy smoke off of a fire. Your “full pop” dream gets awakened to the harsh reality that you have no deal- thanks to your jerk F&I manager. “All they had to do was give her a raise,” you cry out!

Finally out of desperation, you decide to go back to work and you pull your month out- rolling into the next month, back on top, riding the wave of momentum once again. Up down; down, out; maybe, maybe not-the mindless momentum cycle goes on and on. Sound familiar?

Your luck didn’t end when you lost your lucky rabbit’s foot, as a matter fact, you were never lucky all. You simply got away from the 3 P’s: Processes, Percentages, and Production. One of the downsides to having success is a tendency to get away from the tiny tweaks, the fundamentals, which begin to build your cyclone of momentum. Because of your “experience” you subtly begin detour your Road To The Sale by skipping steps. As the days begin to blur from one day to the next, you no longer pay attention to your demo percentages, write-up percentages as well as your conversion ratios of sales to deliveries.  As a consequence of skipping your processes and not tweaking and making the necessary corrections to your daily percentages, your results of production “suddenly” die.

Marketing guru Seth Godin calls the deterioration of success “a million tiny cuts.” One cut won't hurt you, but a million cumulative tiny cuts will cause the life of your success to bleed out and die.

In sales everything counts. Always remember, tweaking the 3 P’s everyday, will keep the majors away. I'll see you next time on the blacktop!

Comment by Marsh Buice on May 13, 2012 at 6:48pm
Thanks Bobby! We are always looking for the magic pill in sales, but the pills are the daily disciplines performed each day, without fail, no exceptions. Thanks for your comment and support my brother.

Totally agree, Mark. Your month will not change until you do. We can rationalize our business away- Too hot, Too cold, Raining, Bogues, Inventory, etc-the fact of the matter is it exists on every lot in every town, the difference is perspective and attitude. When the world gives you lemons...do you gripe bc you have lemons and nothing to drink or do you use the opportunity that lemons afford you? Thanks for your valuable insight, Mark.

Agreed Marsh! Good post. There is not such thing as a good or bad month. You may have good or bad goals, game plans, execution, review or attitude but you do not have good or bad months. Just in saying so you are giving away your power and allowing for excuses. If you allow one, you will allow a million. How often do you hear the excuse of "I can't wait for a new month" The only thing that changes with a new month is the calendar. The month does not change, you must change!

Nancy, you are my sister from another mister :) I totally agree with you; the past ended last night, the future is yet to be written-live in the NOW-it's the only thing guaranteed. Thanks for making my night!

Momentum is really about embracing the present, Marsh....Not glorifying over the wonderful week you just had, (as described) or thinking about what next month is going to bring with new inventory....momentum relies on constant motion and never hitting the brakes when your are either traveling uphill or downhill....

Thanks Leonard, always apprciative of your support, brother :)

@ Ralph, thank you, Ralph. I'm like you, "been there, done that, and have the t-shirt to show for it." Thanks for your comments and support.

@Tom you make excellent points. In the words of Coach Wooden, "Success is never final, nor is failure fatal..." it's a million things done right or wrong. Thanks for your comments-well said, Tom.

@Joe always appreciate you my brother. I am honored that you share with your team.

Marsh, another excellent post my brother!  Momentum is a funny thing. It can be the best ride you have or the hardest crash.  We can manage momentum by controlling the processes.  I'm using this article today in our 15 min. training session. Should be fun and energizing!

Death comes in a million tiny cuts for the negitive tweaks we make in our personal selling process. Whether that's self doubt, getting caught up in the huddle, taking things personally, making assumptions or generally just not doing our best each day, every day.  Success comes in a million tiny steps we take by making positive tweaks to our process, like learning one more thing each day about the cars we sell, making that "Thank You" call to the customer from yesterday whether they bought or not, taking one more phone call and smiling when we speak.  It's a million little things either way.  What a great article to remind us of that.