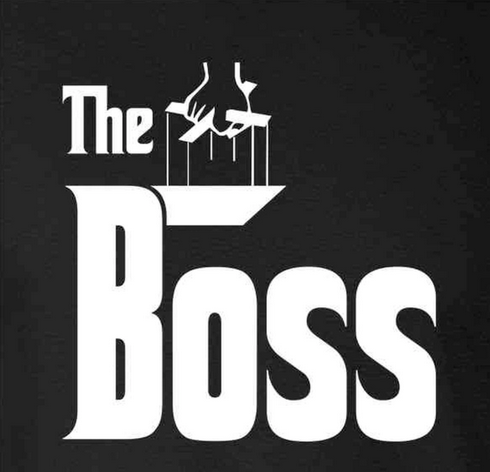 Regardless of the business model, the dealership's business models have changed over time, with dealers introducing business development centers, exchange managers in sales, product consultants, and marketing managers, to name a few. On the other hand, the GM position is seldom addressed or evolved - a position that manages all departments at the dealer level and has the authority to make changes.

As a consequence, we must understand how the GM position has changed over time. Has the position progressed far enough? Can a GM efficiently handle the entire company as each department's priorities and responsibilities grow to keep the dealer profitable?

So, what exactly is the GM's position at the dealership?

The General Manager, according to autojobcareers.com, maintains the dealership's profitability by managing the different divisions, which include variable operations (sales & financing), fixed operations (service & parts), and the company office (accounting & administration). The general manager's responsibilities include, but are not limited to, organizing, inspiring, and managing the dealership's management through sound business practices and leadership.

With the difficulties that a dealer faces in today's market, can a GM effectively handle the numerous decisions and responsibilities on the dealer level?

This is not an easy question to answer, and the aim of this question is not to disparage the efforts of an existing GM. Instead, the purpose of raising this provocative question is to obtain a clearer understanding of how a general manager should handle different departments, ensuring that each is successful and producing the revenue necessary to keep the dealer afloat in today’s market.

One of the concerns with having one role overseeing all of your dealer's departments is their inability to manage day-to-day operations effectively. As a result, their processes could be slowed in many situations. For example, if the service manager decided to spend $1,500 on promotions, they would almost always need to get approval from the GM. If the GM was otherwise unavailable and unable to make the final decision - or, even worse, if the decision took two or three days it could jeopardize the campaign's success. Although this is one example, there are many others.

Another important topic is the selling of new and used cars. Each department has its own business model, which the sales managers oversee. However, it is no secret that almost all of the sales managers' decisions must be approved by the dealer's GM. As a consequence, efficiency and performance could be hindered. Specifically, since many sales managers - or GSMs - are unable to make final decisions when it comes to buying inventory or managing the dealer's department?

Imagine empowering the sales managers, GSMs, and fixed-ops managers by enabling them to make critical dealer-level decisions. The notion that you are allowing them to manage their respective departments efficiently. Getting rid of a possible stumbling block that could cost the dealer thousands of dollars in missed revenue.

What Does Your Dealer Look Like Without A GM?

Several dealers have executive vice presidents in charge of all of the general managers. And while this may sound amazing, is it really? The concept is that the EVP will help the GMs make the necessary decisions to carry out the business plan. The issue with this model, however, is that the GMs are not involved in day-to-day operations. In which case, meetings to review processes, policies, or department changes are often held without the participation of fixed-ops, sales, or your Controller. This can have a negative effect on their decision-making process, as many decisions are made with the bottom line in mind. Furthermore, while the bottom line is the most critical factor, the way you handle it must be consistent with how the managers approach their respective departments. It's impossible to do so without consulting the managers since they're in charge of the day-to-day activities, which directly affects the performance of the planned changes.

One way to go about this is to appoint directors. Each dealership will have a sales, fixed-ops, and a Controller (or a new title would be COO; Chief Operations Officer). This role aims to oversee the dealer departments' long-term viability and profitability. Each of the sales and service managers also works closely with the executives. The directors would then report to the EVP. In that case, rather than a single person, the GM, reporting to the EVP, multiple people report to that position. People who know how to make improvements at the dealer level. You should make the directors report directly to the CEO if you don't have EVPs. This accomplishes the close contact gap between the CEO and the employees (your managers) who are directly responsible for the dealer's bottom line.

By restructuring with directors and removing the GM role, the dealer will effectively save money. As a result, your revenue will rise, boosting your bottom line.

The average GM salary with bonuses (varying depending on the market) is about $217,000 a year. If you restructure and pay a director role for fixed-ops, sales, finance, and the controller (or, better still, a COO), with both the sales and fixed-ops managers in the six-figure range (which they are most likely already making), you now have four roles that can make executive decisions and report to either the EVP or CEO. Directors are then involved in day-to-day operations and make decisions that enable their divisions to increase revenue for the dealership's bottom line.

Instead of offering one position a high six-figure salary, you now have four six-figure jobs, two of which are most likely already in the six-figure range. As a result, not only can your dealership save a six-figure wage, but it will also improve your dealership's overall results. All of which contributes to an already dwindling bottom line.

The Bottom Line: This article's aim and purpose are not to disparage the GM's efforts. However, we must understand how the GM role has changed and whether or not one person can effectively handle all of the departments—knowing that profit margins are starting to dwindle and that any dealer decision directly affects your bottom line. The concept of having four main directors on the dealer level who are intimately involved in day-to-day operations handle their departments exclusively would inspire them and improve the bottom line.

Structurally, this is a popular conversation topic and as a former General Manager I don’t agree with the new proposed structure as financially it makes the most sense to me to have a single person in charge and that individual’s check/balance is the controller. Having a General Manager that is able to handle the position with today’s new demands takes the broader theory and pushes it down to the store level (where the customers are). NCM, UCM, Finance, Service and Parts report to the GM. Admin reports to the office manager/controller. The GM and Office Manager are separate but equal.

Comment by Alivia Heath on April 7, 2021 at 9:37pm
This was an interesting read! I think higher ups can get caught up in their “title” sometimes and not effectively manage. Plus it’s hard work to oversee so many departments like that that have so many decisions to make. I like the idea of department heads / directors making decisions because they’re in the day to day. They see their dept working in real time so to me, it makes sense that they should have authority to make decisions based on what they know, first hand, works and doesn’t work.

I really like the concept of having each department head be in control. When there are feet on the ground, decisions are made based on real time data and trends. I also agree that a GM being in control and heading everything could be great idea based on your bottom-line theory, since at the end of the day profit is what we are looking for. The only thing I struggle with is again making sure that the personnel that you have are top notch and able to handle their job. Coming from a dealership with the GM and controller being "in charge", there were a lot items that fell through the cracks. This wasn't at the fault of the GM either, it was the controller who had no clue what they were doing. You can keep a ship afloat with a GM that knows their stuff, but if your backbone isn't structurally sound (ie. a controller who can't handle their job) there is a lot of stress on the GM making the position even harder. That ranges from fully staffing each department to making sure that the accounting for the dealership is well cared for and accurate. That’s where each department head having a say is a great idea. If each Department manager can handle their business and make sound real time decisions, you're not leaving your company’s bottom line up to just one decision maker at the end of the day. Then if there is a weakness somewhere you can focus on that and let the other departments continue to flourish while you handle the weakest link. Ill be interested to see the different takes that come from this discussion as well!

Chris, This is probably your most complex article, and I will be following the replies with interest. I haven't seen a discussion of this anywhere recently. In my experience, there is a constant tension between Autonomy, Empowerment, and Collaboration. As an in-dealership facilitator, I spent much of my time working individually with Departmental Managers, and with Leadership Teams, on managing those issues. My final comment is on the issues that you mention several times: the importance of the GM's presence in the store (or lack thereof) and contact with all employees. That leadership is vital.