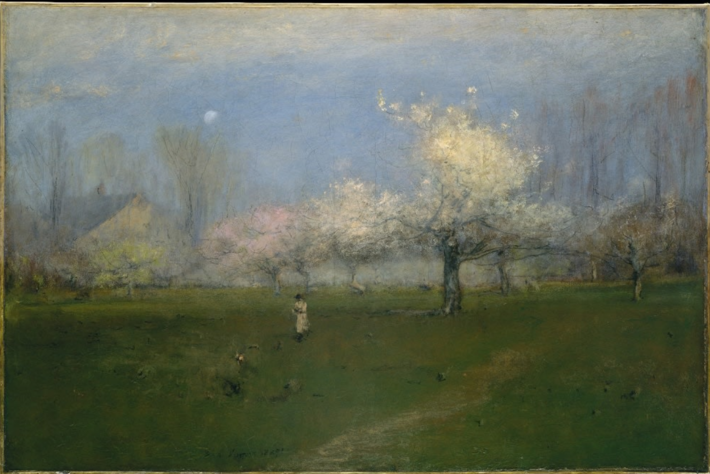 With renewal comes growth. And with growth, success.

"The advantage of living is not measured by length, but by use." — Michel de Montaigne, 1573

We had massive thunderstorms here last night. Continuous rolling thunder, lightning that lit up the entire sky, warm rains, and even hail.

It was what all thunderstorms are: an interruptive and cleansing event between two weather fronts.

This morning, the birds were out and all was quiet as the sun began to peek over the horizon. The grass and streets were still wet and sparkled in a promising and refreshing way.

It reminded me about a topic that's weighed on my mind recently: death.

Not in its finality, but in how it transforms those whose life it touches.

That's probably not the topic you expected to see in a newsletter this week, but it's one that needs addressing—in good way. Stick with me.

As I looked back over previous entries, I see that I wrote about death just eight weeks ago. In one sense, it seems too soon to bring up the topic again, yet in another sense, it seems like it was a lifetime ago.

That entry reflected on the legacies we leave behind — something every leader should bear in mind.

But on February 12, we didn't have the impact of a pandemic weighing on us. With daily reports of infection and death, it's difficult to avoid the topic.

As this newsletter drops on April 8, it marks the beginning of Passover and is two days before Good Friday, which leads into Easter.

These are two occasions that are among the holiest in each respective religion's calendar, and they mark traditions that are millennia old.

Passover is a Jewish holiday that predates the Bible, originally celebrated as an agricultural holiday associated with the first harvests. Later, it became associated with the Book of Exodus. Even if you're not familiar with the text, you've probably seen it retold in the Cecil B. DeMille version of The Ten Commandments.

God helped the Israelites escape slavery in ancient Egypt by inflicting ten plagues on the Egyptians, the last of which was the death of Egyptian first-born. In order to escape this, Israelites were instructed to mark the doorposts of their homes with the blood of lambs.

The lesson on Passover is one of thanks to God for helping his people attain freedom, and that despite the challenges we face, the future can be better than the present.

Good Friday marks the day that Jesus Christ was crucified. He is represented as sacrificing himself so that humanity can be saved. Interestingly, in three of the Gospels, we're told of darkening skies upon his death, and one mentions an earthquake.

The skies clear, and by Sunday, we have the resurrection that marks Easter. In the Christian church, it is the happiest of all of the holidays — even more so than Christmas.

It's no coincidence that these holidays take place in the spring.

Spring is a time of growth and renewal. When the dormant trees and flowers come to life and remind us that nature is once again taking its course.

Like the legendary phoenix that lived for 500 years and then a new one rose from its ashes, there's a rebirth of sorts with these religious holidays: the people of Israel being delivered to the promised land, and a new religion springing from the teachings of an itinerant preacher.

Life goes on, even after the most unimaginable of circumstances.

A comprehension about getting free car removal