What do SpaceX and Ai have in common? 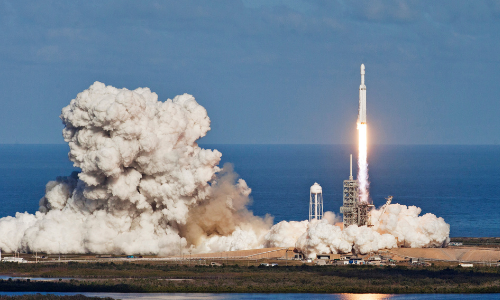 When I watched the live coverage of the Inspiration4 launch and landing, I thought about the similarities between SpaceX and Automotive Innovations. Elon Musk’s thought process of building rockets and what he was trying to do with SpaceX was described in “Elon Musk: Tesla, SpaceX, and the Quest for a Fantastic Future.” Obviously, he wouldn’t be the first to build rockets but he could still impact the world by building rockets in a different way.

He had in his head that he could build a more cost-efficient rocket and make manned flight and private satellite launches affordable. When he was looking into what it would cost to build a rocket, he realized that the majority of the current rocket manufacturers were heavily dependent upon foreign companies for parts. If building a rocket was expensive then, in turn, the cost of a client using the rocket was going to be a very expensive venture.

He thought that he could make it less expensive by building and manufacturing the majority of the parts himself and not be reliant on other companies. He felt relying on foreign companies to build rockets was a recipe for disaster because if something happened politically or with that company, then what would happen to the parts supply?

We’re seeing this with the chip shortage now. One of the major chip suppliers in Japan had a fire. Texas had problems with the winter storms. Taiwan is having a drought (lots of water is required for chip manufacturing).  Coupled with worker shortages and shipping bottlenecks, carmakers are shutting down production because they don’t have the chips they need.

When it came to the inspiration for building Ai, I had a similar thought process. My goal was to build a platform from the ground up from scratch that wasn’t dependent on other companies and technologies. I wanted to be in control of our tech and our customer experience, and not have to worry about what if that company goes out of business, or their servers go down, or whatever.

But control means so much more than just owning the tech.  In my 20+ years of experience, I watched as technology companies were buying up other companies and technologies and trying to get them to talk to each other. It really has never worked very well – just a horrible customer experience! On top of all that, the majority of today’s automotive software was designed by tech guys. They may tell you that car guys built it, but as soon as you begin to use the software you can tell whoever designed it never worked in a car dealership. What happens is someone with a little car experience says, “I have an idea for some software,” then they hire people to build their idea. But they let the tech people make the majority of the calls in both functionality and look and feel. So, in reality, a car guy had an idea, shared it, and then let the ponies run and gave them the creative freedom to build it however they wanted.

With Ai, my approach was different and unconventional for the industry. I literally designed every screen you see. I spent months designing hundreds of pages and then gave them to developers to build. When they said, “Do you know how hard it is to build what you designed?” my response was “No and I don’t care how hard it is.  This is what I want.” Some of them would continue to try and convince me to change my design to something easier and my response to them was, “You’re the wrong guy to build this.”

I learned a long time ago that to control my destiny, I must persist without exception! If you want to accomplish anything in life you can’t let the opinion of others or any other roadblock stop you from what you want. I tell my team all the time, "To truly innovate in any industry, you must be willing to do what no one else is willing to do; think outside the box, work tirelessly and never let the words ‘it can’t be done’ become your reality.”

If you look at the people in our country, or world for that matter, the ones who have truly provided innovative change to any industry have been told many times, “It can’t be done!” But thank God they were undeterred in their vision. If they had stopped, we wouldn’t have a lot of things we’re so reliant on today. Ask yourself, “What are you trying to accomplish that others have told you can’t be done?” I would encourage you not to be deterred and push through the negativity and doubt of others, embrace the suck, control your destiny, and fight claw and scratch your way to success.