FREE Webinar: How to Get More Shoppers to Your Website Inventory 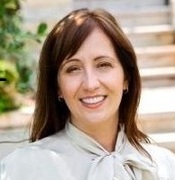 You may not realize it, but the Internet is the primary way people shop for vehicles, and third-party websites are popular destinations for consumer research and evaluation. But studies show that 99% of people do not even fill out lead forms, making it harder than ever for dealers to find and connect with shoppers.

In this 1-hour webinar, LotLinx Co-Founder and Chief Product & Sales Officer Denise Chudy will share how innovative dealers are leveraging the LotLinx Shopper Targeting to effectively promote their inventory directly to consumers. With Shopper Targeting, these dealers are attracting 95% new customers to their dealership, selling cars between 44% and 58% faster than before, and realizing efficiencies of less than $100 cost per sale.

If you want to learn How to Get More Shoppers to Your Website Inventory, then don’t miss the last DealerOn webinar of 2014!

PRESENTER: Denise Chudy is Co-Founder and Chief Revenue & Product Officer at LotLinx, a fast-growing tech company and its game-changing Shopper Targeting Platform that’s connecting vehicle buyers directly to the dealership's Vehicle Detail Pages, enabling higher sales velocity and lower cost per sale.  Denise joined LotLinx after a storied career at Google where she held a number of executive positions. She launched Google’s national automotive team and also led Google’s Consumer Packaged Goods (CPG) team where her work with Procter and Gamble was featured in The Wall Street Journal.  Chudy’s most recent role at Google was leading the CPG and Healthcare Display teams at YouTube. Before Google, Denise co-founded Cars.com and was the company’s first Vice President of National Sales where she was responsible for ecommerce and national advertising products and revenue that generated 70% profit margins for the company. Denise began her career in the automotive industry at BBDO, where she developed and managed media campaigns for regional Dodge dealership groups. Denise is a frequent guest lecturer on digital marketing and she can be reached at Denise@Lotlinx.com.

PRIZE ALERT: Our good friends at LotLinx are giving away two (2) special reservations to their exciting, invitation-only party at the lovely Samovar restaurant during the upcoming NADA convention in San Francisco!

RSVP for FREE Webinar: How to Get More Shoppers to Your Website Inventory to add comments!