Failure does define you 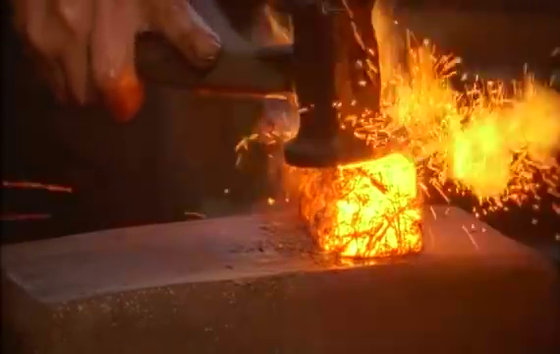 When you’re at low water mark in your life, people try to rescue you by saying that the failure you’re experiencing doesn’t “define” you. And I get it; the idea is to try to isolate the failure-to treat it as a one-time event and not a life without the possibility of parole kind of sentence.

You had no way of knowing!

Who would've ever thought?!

No one saw that coming?!

And they mean well...their intent is to encourage you to get back up and press on, but maybe you shouldn't be so quick to dismiss the failure. Maybe failure should define you-not who you are, but what you do and where you go from here because if you're too quick to act like the failure's no big deal or pretend like it never happened- shrugging off all the times you stumble, skid, miss, and fall, then you ignore the greatest teacher Life has to offer....the Gift of Failure.

Of course we want to win on every attempt, every single time, but really where are the lessons in a win? You hoped for it; you worked for it; you expected to win so you got what you came for, right? After a win, you roll out looking for the next one.

When you lose; when the plan doesn't take shape; when it all blows up in your face...when the customer burns off, hangs up, or buys elsewhere, you & your ego shouldn't just walk away thinking, "Oh well, [they're an idiot], I tried!” There’s feedback in the failure waiting to be discovered.

Look at failure like this; when your dog goes out onto your freshly manicured lawn and takes a dump, what's the first thing he does? After he drops a load, he turns around and looks at it, right? He sniffs on and around his work carefully examining it before prancing off. If Speedo takes time out to look at his dumps, why don't you? When you take a crap in Life-when failure swipes, clips, or just flat runs you over, instead of just flicking your legs and walking away, turn around, put your nose in the failure and really look at it, examine it...& define it for you.

When Notre Dame player Arike Ogunbowale hit the game winning shot in overtime advancing her team to the women's finals while sending UConn home with their first loss in years, the players were obviously crushed. In the off-season, one of the University of Connecticut players helped future NBA hall of fame player, Kobe Bryant's youth basketball team. After one of the practices, Kobe asked the Uconn player if she'd ever watched the heartbreaking loss. "God no, I can't," she confessed to Bryant. Kobe stared at her and asked her:

Kobe: "Is there a possibility that you'll see them next year?"

Kobe: "Do you think you could play them again in the playoffs?"

As painful and distasteful as losses and failures are, you have to repeatedly look at them in order to learn. No matter how many times you rewind the mental film back, you can't do it over, but you can sure as hell do it better the next time around.

How you interpret failure- identifying how and why you failed, and getting back out there again, is the only way you’ll improve. Hell yea it hurts; hell yea it's painful; hell yea you shoulda, coulda...but failure is not a measure of your self-worth, it’s a measure of your progress. Treat failure like a piece of machinery, looking at what parts broke...what moments didn't align nor withstand the weight of the problem. If you treat failure like a failed part, you’ll identify..but you won’t make it part of your identity. You’ll own the mechanics of the failure, but not it's DNA.

Frame by painful frame, athletes have to look at failure to find their errs, but what separates Pros from the wanna be's is Pro's fail, find the missing link, and then ask for the ball back.

Let me remind you, that you are a pro. You're on Team You; your’re a multi-million dollar creation and you need to act like it. Ask for your ball back..Life's trying to pass you the ball, but you're not looking for it- and even if you were looking for it, you wouldn’t know what to do with it because you never learned from it the last time.

Yes you're going to fail, but failure is Life's way of not only waking you up, but also how you're progressing in Life.

Oh, and failure does define you..if you do nothing, you're defined as a quitter. But if you look and analyze it, failure defines that you’re a winner and willing to fail again & again...only better.