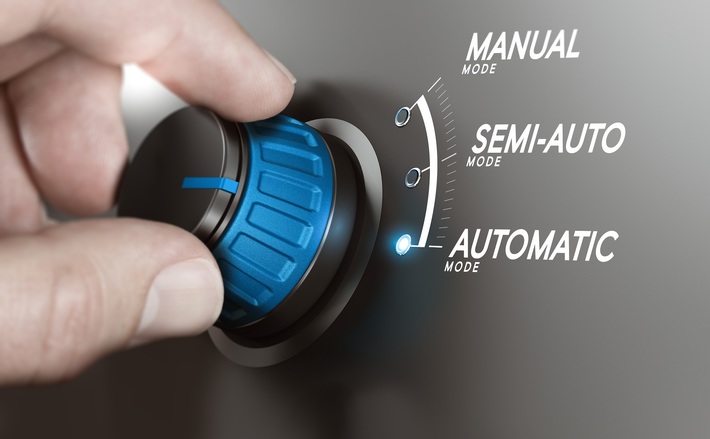 In my last blogI discussed how dealers have been using automation to manage internet lead processes. In this blog, I will take it one step further and explain how dealers are using an even more effective method of automation by adding a human element.

In the earliest days of digital retail, dealers struggled with the idea of having an ecommerce site altogether and it wasn't uncommon to see vehicle detail pages void of photos altogether. Dealers learned that having a site for the sake of it and filling it with boring plain text was not yielding the intended results. Dealers quickly learned that a vehicle description alone wasn't enough to captivate users.

Once dealers saw the significance of images in vehicle listings, they purchased digital cameras and would task an employee as the “vehicle photographer.” Of course, at first, they only saw the importance of photographing their pre-owned vehicles, but over time some dealers were photographing each and every vehicle they had on their lot. In the beginning, they may have taken up to 10 pictures of each vehicle, but today’s online vehicle shopper expects anywhere from 30 to 50 shots of every possible angle. Even a small dealership with 100 cars could spend days just taking the pictures alone. Never mind all the time it would take to upload all of those pictures to their website.

As dealers began to look at third-party sites to list inventory, they faced the same problem: listing a vehicle without pictures just wasn’t cutting it so those third-party sites began to require at least one (and later several) pictures in order to list vehicles at all. Dealers saw the most leads generated when they listed those vehicles on multiple sites and all of those included pictures (the more the better.) At first, many third-party listing sites only allowed a few pictures rather than the 30+ pictures the dealership had taken so many dealers reverted to taking less pictures as they felt the time taking pictures was wasted.

A major problem arose when dealers would expect a salesperson to photograph and write descriptions and spec sheets for each and every vehicle in stock and get them listed on multiple sites as that salesperson was then unavailable to sell cars. All those repetitive tasks were also taking salespeople and BDC agents away from phones and email so customer inquiries were going not responded to or took longer than acceptable to inquiring customers.

And it wasn’t always “just” the salespeople and BDC agents. I know of a large dealer group – in fact one of the largest for its make in the world, that had an executive assistant who was making $75,000 (or so) per year who spent 8 hours of her day manually FTP’ing all of the inventory details – including pricing, pictures, comments, etc. – to every site that their inventory was listed on. That’s a lot of money for a service that “could” have cost them $150 per rooftop and freed up that executive assistant to perform other tasks. With nine rooftops and over 2,000 vehicles in stock between them, the cost would have dropped from the $75,000 per year to $16,200. That’s a huge savings to accomplish the same goal.

The solution, of course, was automation. Lot service solutions then arose that could take those photos and fire them to multiple vehicle listing sites and the dealer’s website utilizing services like HomeNet. In addition, many syndication solutions started offering custom vehicle descriptions automatically utilizing AI rather than simply providing stock vehicle features bullet points that mimicked the window sticker. This way the process of listing a vehicle with a comprehensive VDP that included pictures and descriptions would only have to be done once through a combination of human and AI and the sales and BDC staff were left to do what they do best. Sell. And the executive assistant could focus on other tasks.

This vehicle listing process cannot be entirely automated. It isn't quite legal for a drone to fly around the country taking pictures of vehicles and if it was, a person would still have to control it and open all the doors and the trunk to get all the pictures needed. You still need a person to use the camera and ensure the vehicle details are accurate and correct.

Automation processes are not limited to lead responses. Dealers have been automating repetitive tasks for decades to ensure higher efficiency and performance – both in sales, service and dealership operations. This was a simple example of not only HOW automation has already been helping dealerships keep up with workloads in customer-to-sales communications but also WHY a dealership should be investigating all of the other roadblocks or stumbling stones that prevent them from performing repetitive tasks faster with accurate results. Automation combined with human intelligence produces the greatest efficiency. One of the best examples of this combination of AI and Human Intelligence is to look at how your dealership manages its vehicle listings.