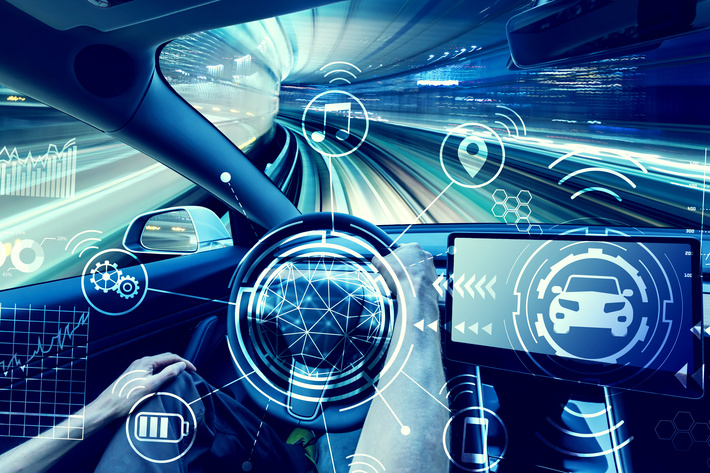 Throughout history, humans have designed and created technology to make their lives easier. From the invention of the wheel itself to the eventual creation of the automobile, to today’s computer-integrated vehicles, we are more dependent on technology to improve our experiences than ever before.

But with that technology comes challenges. Most of us cannot even get our cellphone texts and emails 100% accurate with autocorrect. And the worst case, with cellphones, is that we end up sending an inaccurate or inappropriate text message. However, when it comes to our vehicles, malfunctions can have deadly consequences. Today’s software-and-chip-driven engineering places our lives on the line while traveling 60 miles per hour… and, it seems, we may be relying on technology prematurely, especially automated self-driving technology.

The fact is the roads we traverse daily just are not built for the proposed self-driving cars. What happens when you mix them in with drivers who choose to operate the vehicle themselves?  Between cutting other drivers off, tailgating, and a little road rage from those other drivers, self-driving cars are not programmed to handle these types of issues. Not only are computers operating those self-driving cars, but driver-operated vehicles also have features controlled by computers such as collision avoidance braking or lane correction. The combination of the two modes may be akin to mixing sodium and water… BOOM!

According to a recent article in Automotive News, AAA’s director of automotive engineering and industry relations said that these systems, “do not perform consistently, especially in real-world scenarios.”

I am not suggesting that automated and in-vehicle technology lacks promise, but there could (and probably will be) more complications as they unfold in the real world. People have already died by becoming too dependent on new technologies such as Tesla’s automated driving. The car simply was not programmed to handle the intricacies of real-world driving conditions and drivers/owners were not sufficiently trained to understand the limitations.

It is similar to an iPhone software update. Some people will download it immediately and then discover that some features do not work properly. Some will advise others to wait for future versions and updates before upgrading. The same applies to any technology. But it does pay to be wise – especially if that technology hurtles you and your family through space at 60 miles per hour.

I am certainly not against luxury and relaxing. Wouldn't it be great to just recline the seat, take a nap, and arrive safely at your destination just as you awaken?  But technology will continue to be developed and released, even if it is not perfect. Recalls and the deadly consequences that surround them are inevitable if self-driving vehicles are released prematurely and we do not also introduce seamless methods for software patches and upgrades to vehicles.

Vehicles are no iPhones. Is there a solution right now? No. I look forward to the day when all manufacturers can reassure consumers that their technologies are sound, and our government ensures that the risk is less than that of our status quo. The march towards self-driving should include a quest for safer cars, not convenience, luxury, or commercial gain.

I will be watching. And rest assured, the whole automotive industry will also.