The FTC Strikes Again – You Ain’t Seen Nothing Yet... 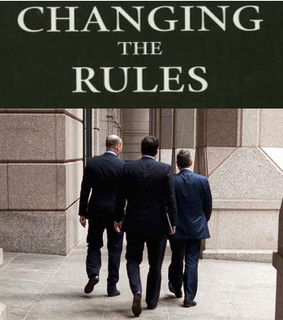 As if the CFPB/DOJ $98 million penalty against Ally Bank in December wasn’t enough, more regulators are starting off 2014 with a bang. On January 9th, the FTC and the County of Los Angeles Department of Consumer Affairs held a press conference announcing a nationwide enforcement action targeting deceptive auto dealer advertisements. The action, dubbed "Operation Steer Clear", resulted in the voluntary settlement of complaints against nine dealerships and continuing action against another. This was the FTC’s third enforcement action against “deceptive” auto dealer advertising in the last few years. The first was in March of 2012 when they cited 5 dealers for trade payoff claims. The second was against 2 dealers in September of 2013 for rebate disclosures.

So, how significant is this? I imagine the answer depends on how well my crystal ball is functioning today, but before you blow this off as yet another “fear factor” article by a compliance guy, you might want to hear me out - if for no other reason than the future of your business may depend on it.

Still with me? Good. To start, let’s do a little math: The FTC nabbed a total of 17 dealers for alleged ad violations over the course of almost 2 years. Now, considering that there are over 60,000 new and used car dealers in America, it would seem that the chances of having the FTC show up at your door are pretty slim, right?

Before you breathe a sigh of relief and move on with business as usual, I suggest you bear with me for a few more minutes as we explore the bigger picture about what patterns are emerging with the FTC and other regulators and what it can mean to your dealership.

What Did We Learn From the “Operation Steer Clear” Press Conference?

In my humble opinion, this most recent action (and accompanying media blitz) gave a great deal of insight into what’s going on in the minds and hearts of the dealer cops. Let’s take a look at some takeaways from the January 9th Press Conference:

There’s a New Sheriff in Town. Well, not exactly new, but it certainly seems like it. The Dodd-Frank Act passed by Congress in 2010 gave the FTC new and expanded authority regarding motor vehicle dealers. Even though we haven’t heard all that much from them up until now, it’s important to understand that while government agencies may not move very quickly, they do move – especially when they identify a target. Just because there have been relatively few FTC actions in the last three years doesn’t mean that they haven’t been working on their gameplan. In the press conference, the FTC was very forthcoming about the fact that this is just the tip of the iceberg and made it abundantly clear that their target of choice right now is auto dealerships. Jessica Rich, the FTC’s director of the Bureau of Consumer Protection, cited the passage in the Dodd-Frank Act that named the FTC as the “primary enforcers” of auto dealers. “We took that mandate very seriously, and we are going to be bringing a lot of enforcement in the auto area,” she said. “We have a lot of investigations in the pipeline.” Rich also stated “We would say that the timing of this has to do with the Dodd-Frank Act.”

They’re Extending Their Reach. Sure, there are plenty of car dealers and not very many enforcers, but don’t let that lull you into a false sense of security. The FTC indicated in no uncertain terms that they’re seeking to level the playing field by inviting their friends to the party. They’re partnering with local agencies in their investigations. Ms. Rich indicated that investigative information sharing and enforcement partnering is taking place with state agencies for state enforcement (including possible license revocation) in order to expand enforcement reach where FTC does not have jurisdiction.

Sorry to bring up a name that’s so 2013, but the FTC also entered into a “Memorandum of Understanding” with the CFPB. The two agencies have agreed to meet regularly, compare notes on investigations, and share consumer complaints. The FTC will mostly cooperate with the CFPB on auto finance matters. Yep, even though the CFPB is “exempt” from direct oversight of most dealers, the FTC sure isn’t. So don’t be surprised if they start paying attention to your financing activities along with your advertising.

The Dodd-Frank Act also gives state Attorneys General increased enforcement authority for violations of federal consumer protection law as well as state law such as Unfair and Deceptive Acts and Practices statutes. Richard Cordray, the CFPB director and a former Ohio attorney general, has made clear his desire to augment the CFPB’s power through attorneys general. So, it sounds like the CFPB, FTC, and AGs will all be working together in chasing down what they perceive as “big, bad car dealers”. Are you ready for this three-headed monster?

They’re Fishing Where the Big Fish and the Little Fish Are. The first two FTC dealer advertising actions were in relatively small markets, but this time they came to Southern California as this is considered the largest car buying market in the country in their opinion. One of the California dealers was the top-selling Honda dealer in the country in 2013. Both franchise and independent dealers were cited. In other words, it seems that ALL dealers are being targeted, so there’s nowhere to hide. These regulators apparently don’t buy into the concepts of “too big to fail” or “too small to matter”.

They’re Not Just Waiting for Something to Happen. Traditionally, dealers didn’t have to worry much about compliance issues as long as they didn’t have too many customers complaining. That’s not necessarily so anymore. According to Ms. Rich, the agency has directed their internal enforcement division to get proactive and aggressive in the automotive space. One of those directives is to proactively review advertisements to supplement the traditional reactive investigations they’ve relied on when they received consumer complaints. So it doesn’t matter if your customers object to your advertising or not, you’re still at risk. The FTC will gather violation information from not only consumer complaints, but state agencies and their own monitoring.

The Potential Downside is Huge. While the FTC stated that they generally don’t go for monetary fines on first action (although they may demand consumer refunds), they will seek injunctive relief to stop specific conduct. Consent Degrees or judgments will be put in place for a minimum of 20 Years. If there are any new violations during that time, the FTC will seek aggressive enforcement and fines. In addition, dealers under a consent decree or judgment are generally required to put training in place, file reports periodically, and maintain copies of their ads.  All dealer records, including ad records, must be kept for minimum of 5 years on a rolling basis and the agency retains the right to conduct periodic compliance reviews. How would you like having the FTC breathing down your neck for 20 years? Makes it kind of tough to advertise aggressively with that kind of pressure doesn’t it? Your competitors will no doubt be delighted.

Violations of the consent decree can result in fines up to $16,000 per occurrence. Fines are generally calculated on a per-occurrence/per-day basis. Consumer transactions in the ad period, specific vehicle sales, and advertising reach of the ad can all be factors. When asked how the fines will be calculated, Ms. Rich stated that if an unlawful advertisement goes up on Day 1 and the dealer keeps it up until Day 90, or the FTC enforcement unit catches it on Day 90, the dealer would be liable for 90 days of violations at $16,000 per day. Ouch!

And of course, this doesn’t include potential enforcement actions taken by state agencies for the same violations, including possible action against your dealer license, or the reputation damage you will suffer. So, for those of you who think that the potential downside is just a slap on the wrist or that fines are a “cost of doing business”, it may be time to think again.

What Else is Going on at the FTC?

Although it may seem that the FTC is only the “dealer advertising cop”, they are expanding their reach in several other areas. According to the FTC, since 2011 they have been gathering information on possible consumer protection issues that may arise in the sale, financing or lease of motor vehicles through a series of roundtables and by seeking public comments. Some areas they are apparently looking at include, but are not limited to, spot deliveries; payment packing; vehicle leasing; unfair, deceptive, and abusive practices; and arbitration agreements.

So How Do You Protect Yourself From this Onslaught?

It’s actually pretty simple, but it’s not easy…unless you get help.

If you really feel that your dealership has a handle on compliance, good for you. But just keep in mind that the 10 dealers that got caught up in this latest action probably thought they had it “handled” too. Better to be safe than sorry.