The Social Media Matrix: Do You Know Who Your Fans Are? 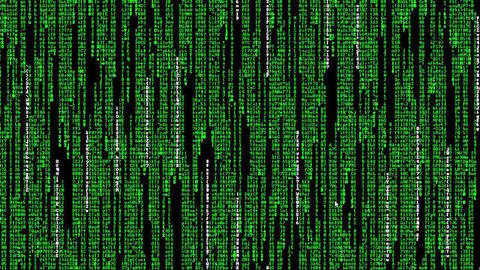 Today, social media platforms - Facebook, in particular - offer in-depth analytics and data that dealers can use to market to car buyers. Dealers who understand how to use and leverage Facebook ads frequently see wildly successful campaigns for very little spend. On the other hand, there are many dealers who place much less confidence in sales attribution when it comes to organic social media. With organic reach dwindling and declining fan engagement, some dealers simply aren’t putting much effort into maintaining a healthy social media presence. They don’t feel that the time is well spent. Perhaps, however, dealers aren’t seeing results for one simple reason: they’re marketing to the wrong people.

An interesting article published by Consumer Affairs discusses a study about the role social media plays in car sales. The Auto Insurance Center studied 23 major car brands and their 114 million American Facebook fans to look for trends in fan demographics, political orientations, and career paths. Specifically, it wanted to know which brands have the most fans and how that influences sales. Additionally, how do companies’ marketing efforts impact consumer perceptions – and prompt users to click “like?”

A finding I find interesting is that the demographic perceptions of these brands were oftentimes completely off the mark. For example, the article shared that “you might expect teens to be the ones dreaming of driving a luxury sports car, but the study shows that Dodge has the most new teen drivers as fans. Oddly, they share their affection for Dodge with people engaged in farming. Ford is apparently seen as a family car. It has the most married fans. Grandparents, meanwhile, are most likely to like Chrysler.”

The results of this study contradict what content marketers believe. Go visit a Ford dealer’s Facebook page and chances are great that you’ll find plenty of content about Mustangs and other performance oriented cars. If Ford, in general, has the most married fans, you would think that perhaps the reason for low engagement is that there is little content tailored towards married people with families. I also highly doubt you’ll find much content targeted towards grandparents on a Chrysler dealer’s page. It’s also probably safe to say that Dodge dealers are not marketing to farmers. Sure, this data is a result of the manufacturer brand and may not reflect the geographic region of that dealer. You certainly wouldn’t expect a dealer in Los Angeles to be posting content about farming.

In the end, however, the study found that the most direct impact social media had in regards to sales was less about how many fans a page had; or who those fans were demographically; but more what those fan’s networks perceived about their feelings towards the brand. Just like in the old days where word of mouth and keeping up with the Joneses ruled, Consumer Affairs believes that automakers may soon shift their marketing efforts away from advertising and start focusing “more on the persuasiveness of millions of your neighbors, giving a simple thumbs up on Facebook.”

Similar to the movie “The Matrix,” perhaps we are living in a world that is not real. We’re all asleep in cocoons being fed data that aligns with our beliefs and perceptions, rather than with reality. What matters most, however, is that regardless of whether we are in the Matrix, or in the real world, what our friends and family think - and do - when we buy a car. Or, how they see us interact with a brand, holds more weight than any advertising we could imagine.