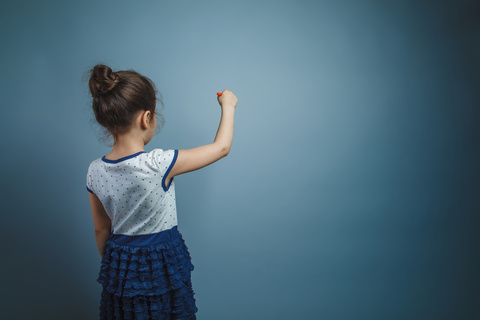 Words, both written and spoken, have been the primary form of communication for centuries. We use them to share news and stories, comfort loved ones and to connect with long distance friends.

Then along came social media, which almost instantly transformed society from one which was largely based on local interactions, to a more global community. The written word, however, was still the primary method of communication. Through email, status updates and tweets, people had no choice but to use words to express themselves.

The problem with words, however, is that language can be ambiguous and misunderstood.

A misplaced comma, incorrectly used word, or lack of clarity, can easily transform the intended meaning to something else entirely, so that it is interpreted much differently. And, in many cases a video or picture can relay a concept much more efficiently.

As technology developed, social networks started including the ability to upload pictures and, ultimately, video. And Facebook believes that’s the future of communication.

At a recent conference in London, Nicola Mendelsohn, who heads up Facebook’s operations in Europe, the Middle East and Africa, told the audience that Facebook “will be definitely mobile, [and that] it will probably be all video.” She suggested that Facebook’s data shows that the written word will become obsolete, replaced by images and video on the platform. “The best way to tell stories in this world, where so much information is coming at us, actually is video. It conveys so much more information in a much quicker period. So actually the trend helps us to digest much more information,” continued Mendelsohn.

Think about it. It can take an author pages of text to set a scene for a story which could be relayed to a viewer in seconds via video. There is no ambiguity in video. When you talk to someone – whether that’s in person, or via a video call – you can hear what they are saying and put their words into context through such things as body language and facial expressions.

As Facebook continues to make it easier for anyone to create and publish video, regardless of skill level, people are choosing to share their memories in that format. Why? Because it’s easier.

With Facebook’s mass roll-out of live streaming video, anyone can share these moments with their friends and families live… allowing them to experience the moments just as if they were with them.

Think about how long a written status update would have to be to accurately describe the beauty of the sun setting on a beach while that cool tropical breeze blows through your hair. It’s much easier to simply record it, or live-stream it. No description necessary. The video will tell the story for you.

It’s easy to see the signs of this shift in communication. Most people no longer have landlines. We’re communicating via text message, emojis, Facetime and Skype. Advertisers are increasingly shifting budgets towards video because it is a more effective medium – and the preferred form of communication by the masses.

It is not hard to envision a future in which TWO-WAY live video communication will become possible via Facebook. We’re already seeing 360 degree interactive videos on Facebook. And, virtual reality, while in its infancy, may also be coming to a Facebook wall near you soon.

With 2 billion users and growing, Facebook isn’t going anywhere anytime soon. In fact, it is very good at adapting to and implementing features users want. And, at least according to Facebook, that medium is video.

Nicola Mendelsohn’s concluding statement at the recent conference says it all. “We’re seeing a year-on-year decline of text…If I was having a bet I’d say: video, video, video.”

While Facebook is the most recognized platform, let’s not end here without pointing out the other trailblazers which make it easy for auto dealers to take advantage of live streaming and even Virtual Reality technology specific to the car shopper journey. It's no longer the future. It's the now!

Live streaming -- and even Virtual Reality-- IS the reality in many automotive-specific platforms. And these platforms are hard to beat as far as the level of personalization and customizability which allows you to target shoppers who are “in market,” capture their data and have real-time access to this information.

Gina - Its has been 5 months and nobody commented - so I wonder who else besides me is pursuing this - but last Friday - I generated a lead and sale of a new MB using LIVE STREAMING MOBILE VIDEO. In fact - it was during a conceptual presentation demo of what I was calling "theoretical" and it became real mid-stream my presentation !!

Your article was exactly right - it could not be more relevant and appreciated. I was using video in 2001 with a prototype of what became Youtube 4 years later --  and an early adopter of chat   -- and in both cases dealers thought they were cute parlor tricks like with playing cards  ----  but this is as real as it gets and I was so pleased to see my demo of it unexpectedly become real.

I know and use the current conventional "state-of-the-art" - but "next-gen" isn't just coming it has - as of 11/12/16 actually sold a car ! This makes email  -  chat - video email ALL becoming obsolete. Yes, they will soldier-on indefinitely but like AOL and Hotmail and website contact forms. Functional, but surpassed.

To me -- I  see this as a second-chance to "score" because video VDPs and email was never accepted as big as I expected and hoped for. This combines all of the lessons learned from these earlier communication and presentation technologies.

So while all I have is a prototype - it is a working model -  that I'd be glad to develop for the right vendor or group. In "Dealer Speak". It vastly increases engagement-to-meaningful communication" towards the "internet sale"   --- another obsolete term.  A sale is a sale and all customers today are internet.