US global competitiveness rising once again- Is there a lesson to be learned here? 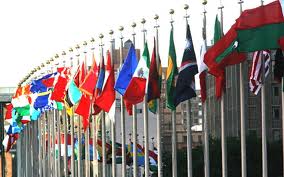 The only thing that isn't rising in the US is benefits for it's workforce. If Countries ahead of us in competitiveness can take better care of their workforce why can't the US-Corporate greed maybe? I'm a supporter of a free market economy but also an advocate of taking care of the ones who make it possible for you.

"Switzerland has topped the rankings of 148 economies in the Global Competitiveness Report for the fifth consecutive year. The Forum said Switzerland's standing rests notably on its innovation,labor market efficiency, sophistication of its business sector and top-notch scientific research institutions."

Do you have an opinion?

The United States' competitiveness among global economies is rising again after four years of decline, though northern European countries continue to dominate the rankings published annually by the World Economic Forum.

In its latest survey, released Wednesday, the Forum ranked the U.S.—the world's largest economy—in fifth place for overall competitiveness, up from seventh last year. The U.S. turnaround reflects "a perceived improvement in the country's financial market as well as greater confidence in its public institutions," the report concluded.

The Forum, which hosts the annual gathering of global business and political leaders in the Swiss ski resort of Davos every winter, ranks a country's competitiveness according to factors such as the quality of its infrastructure and its ability to foster innovation.

The most competitive economies, the Forum said, were Switzerland, No. 1, followed by Singapore, then Finland, all three unchanged in their rank from last year. Germany moved up to fourth place, from sixth last year, reflecting high-quality infrastructure, an efficient goods market and a high capacity for innovation.

Hong Kong moved up to seventh and Japan advanced to ninth. But Sweden dropped to sixth, while the Netherlands sank to eighth, and the U.K. moved down to 10th, reflecting what the Forum called the distractions of public debt problems and concerns about the future of the euro currency.

Klaus Schwab, the Forum's founder and executive chairman, said innovation was increasingly the key ingredient in an economy's ability to prosper.

"I predict that the traditional distinction between countries being 'developed' or 'less developed' will gradually disappear," he said, "and we will instead refer to them much more in terms of being 'innovation rich' versus 'innovation poor' countries."

Switzerland has topped the rankings of 148 economies in the Global Competitiveness Report for the fifth consecutive year. The Forum said Switzerland's standing rests notably on its innovation, labor market efficiency, sophistication of its business sector and top-notch scientific research institutions.

The survey found that countries in southern Europe, such as Spain, Italy, Portugal and Greece, continue to suffer numerous economic problems, including weakness in their financial markets and poor access to financing.