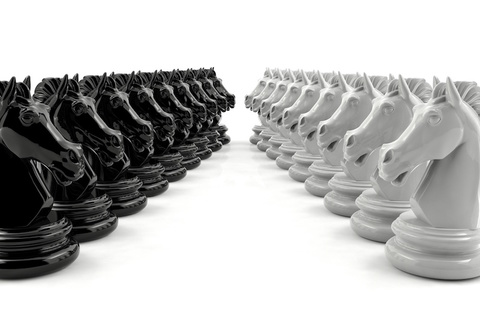 Unless you’ve been in hibernation for the past few weeks, you’ve undoubtedly been barraged with news and opinions about the VW Recalls. Regardless of the intent of Volkswagen, it’s quite fascinating to observe the polarizing reactions by owners of the diesel engine carrying cars. No doubt the government regulators are going to compel Volkswagen to fix all of the vehicles. It’s possible that we could see a buyback. Ultimately though, there’s a battle going on. It’s not quite the battle you would think, however. I’m not here to rehash any of the many arguments regarding Volkswagen itself, but rather to relay an interesting dynamic that now exists in regards to these vehicles and the consumers who own them.

There were many consumers who bought these vehicles because they wanted to be more environmentally friendly without sacrificing power. Similar to electric and hybrid vehicle owners, these consumers wanted to feel as if they were making a difference in the world, however slight. As bonus, they were treated to some tax breaks and lower fuel bills. Chances are that there are plenty of these diesel owners who aren’t exactly thrilled now that it’s been revealed that rather than contribute to the health of the environment, they have actually been polluting it at up to 40 times higher than emissions standards. These consumers aren’t happy and many want nothing further to do with their vehicles.

In addition, diesel vehicles, which have historically held their resale value, are now seeing those values tank. According to an article in Wards Auto, values fell by as much as 7.9% vs. 3.5% for gasoline models.  The article told the story of a blogger in California who attempted to trade in a 2014 Jetta TDI with 14,000 miles on it and an MSRP of $30,550. CarMax offered him just $15,000. He tried to trade it in for another Volkswagen, and then a Subaru, and, according to the article, left feeling “treated like (he had) STDs.” The article stated that, logically, no dealer wants a bunch of trade-ins that they can’t retail. Makes sense to me.

Right now, there is this group of VW vehicle owners in the U.S. that want new vehicles. Dealers are hesitant to take in these diesel vehicles since they cannot retail them until the recall work is completed, or a buyback occurs. Given that the ultimate outcome is still unknown, it’s certainly logical to undervalue an undesirable trade-in.

Volkswagen has responded with the implementation of a guaranteed buy-back program for some 2.0 liter diesel engines, which offers dealers pre-crisis values for vehicles which can’t be sold within 60 days. This will certainly alleviate some concern from dealers. However, it’s possible that only dealers that can afford to hang on to vehicles for 60 days would be interested. Even so, a guaranteed buyback price would only be attractive if the dealer can take the car in below the buyback value, guaranteeing revenue whether the vehicle is retailed or sold back to VW. Regardless, this is a great move by Volkswagen to try and regain the trust of both their owners and dealers.

The one thing that I haven’t yet heard anything about is the incredible conquest opportunity this group of vehicle owners presents to other automakers. There’s no doubt in my mind that at least one OEM has had secret meetings discussing how to capitalize on this. Anytime you have a lot of people that want new cars, but need help getting there, a lot of creative minds start planning.

It will be interesting to see if any OEM (or dealer for that matter) decides to take the plunge and cherry pick this low hanging fruit.