When it Comes to Recalls, What is Legal May Also Leave You Liable 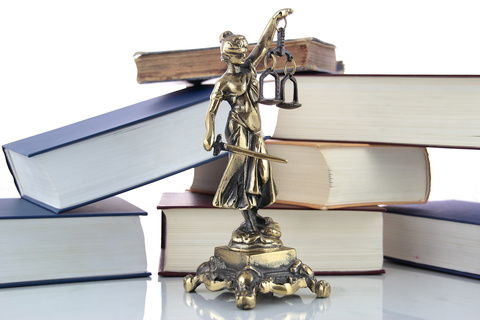 In a past blog, I discussed how AutoNation instituted a policy to not wholesale or retail any vehicles with open recalls until they were repaired. Sadly, as recently reported by Automotive News, AutoNation’s efforts have met with tough consequences, including 6,000 grounded vehicles with “no parts in sight,” according to AutoNation CEO Mike Jackson. Jackson feels future legislation making it illegal to sell a used car with an open recall, as already exists for new vehicles, will be unlikely due to an incoming pro-business administration.

AutoNation’s decision to sell pre-owned vehicles with open recalls could not have been made easily. I certainly empathize with AutoNation being in a position where their dealers are unable to compete with the marketplace. AutoNation continues to maintain a position of full disclosure whether the vehicle is retailed or wholesaled. Jackson’s position is that, when AutoNation sells the vehicle, the consumer will be made aware that the recall exists.

Regardless of your position on this issue, it is also important to be aware that, just because it’s legal, selling pre-owned vehicles with open recalls doesn’t mean that your dealership is safe from a lawsuit stemming from product liability. Consider legislation enacted where bartenders can be held liable for serving alcohol to an intoxicated patron if that patron then leaves and hurts themselves, such as in a car accident. Many states already have such legislation and, one could argue, it could easily be applied to a situation where a dealership sells a used car with knowledge of an open recall and the customer is injured or dies after purchasing it. There are multiple examples where legally selling a defective product can also lead to a party being held liable for subsequent damages to an unsuspecting consumer. The challenge revolved around whether a jury would interpret the action as negligent. Given the ability for a dealership to easily and quickly determine whether a pre-owned vehicle had an open recall or not, it’s no secret that consumer agencies and personal injury attorneys are licking their chops.

As covered in a recent Automotive News article, Rosemary Shahan, president of Consumers for Automobile Safety and Reliability, feels strongly that dealers could still face liability regardless of a federal ban. She stated that, “Dealers forget there’s a whole body of state law, and it is illegal for a dealer to sell an unsafe product, period, whether it’s under recall or not.”

The legality of selling pre-owned vehicles with open recalls is currently being debated amongst federal and state legislators. If history serves as a roadmap to future legislation, my belief is that the industry would be wise to prepare. It’s only going to be a matter of time. If the Trump Administration doesn’t move swiftly on expanding the law, certainly foreign governments will.  More importantly, insurance companies that underwrite dealership policies will act decisively to mandate a more restrictive stance. Laws that protect the consumer usually win out in time, as evident in the Safe Car Rental Act that was enacted earlier this year, requiring rental car agencies to remove from their fleets any vehicle with an open recall or face severe penalties.  The wheels are already in motion and the momentum seemingly impossible to stop.

Whatever the future holds for legislation, it would be wise to take a new look at the policies you have in place when it comes to selling vehicles with open recalls. Even if your dealership has no concern for customer safety (which we would certainly hope is not the case), the mitigation of risk for your dealership should be top of mind.

Consumer and public safety will always take precedence over profit in the eyes of a sympathetic jury. Any state-level liability concerns, of course, varies by state. But as a minimum, consider the fact that federal law doesn’t prohibit dealerships from selling pre-owned vehicles with open recalls doesn’t mean you are in the clear.

Recalls are such a pressing issue and there is enough confusion out there already with all the media reports and hype. Many consumers are already in a state of electrification. While personally I believe that no vehicle should be sold with open recalls, I realize the huge challenge this presents. At the very least your dealership should ensure that recalls are fully disclosed and make a strong attempt to ensure the consumer knows this before leaving your lot.

While not in a position to offer legal advice, I would suggest that every dealership pursue the necessary recall management protocol in order to mitigate these types of legal liabilities.  We are in a litigious society and it’s imperative that your dealership take all measures necessary to reduce risk.  At the end of the day, dealerships will likely be held accountable as “experts” in a vehicle sales transaction by a judge or jury.  Again, effective management of recalls is not only the right thing to do, but the smartest.

Out of Work? Train Yourself Free!