The Writing Is On The Wall!

I have a friend who is in his early 50’s and has been enjoying the hell out of life. Whereas every day, I myself want to eat doughnuts and chicken wings, I never eat donuts and chicken wings. What I want to eat and what I end up eating are two completely different things. My friend has never felt this conflict in his life. He wants it, he eats it and then he washes it down with a six pack. To go with his bad eating habits, he also has an almost virgin gym membership that he's been paying on…

It seems that anybody who is anybody in the training sphere has an online platform. Because of this, it is important for you to understand exactly what you’re getting and what you’re looking for from any trainer or training program. Dealers call companies like NCM and mine, every day, to ask for training, and some will make it a point to specifically ask for live training. What they want is for someone to come in and talk to their people, for several hours a day, for a few days, explaining…

Uploading Under the Umbrella 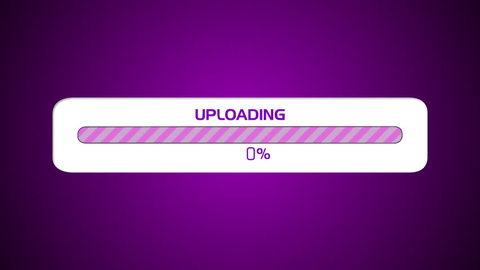 The most frequent question I get asked by salespeople who want to use social media to sell cars is, “where do I start?” Many salespeople want to leverage social…

When Your Management Isn't

WHEN YOUR MANAGEMENT ISN’T When you look at the picture above, what do you see? If you’re like many people, you might think this is a picture of salespeople simply being lazy and unproductive. You might very well be right on one or both of those counts but we need to look…

"As a manager, if you accept as fact that your people won't "buy into" training, they've successfully gotten you to "buy in" that it's okay for them to suck. Who sold who?" #automarketing 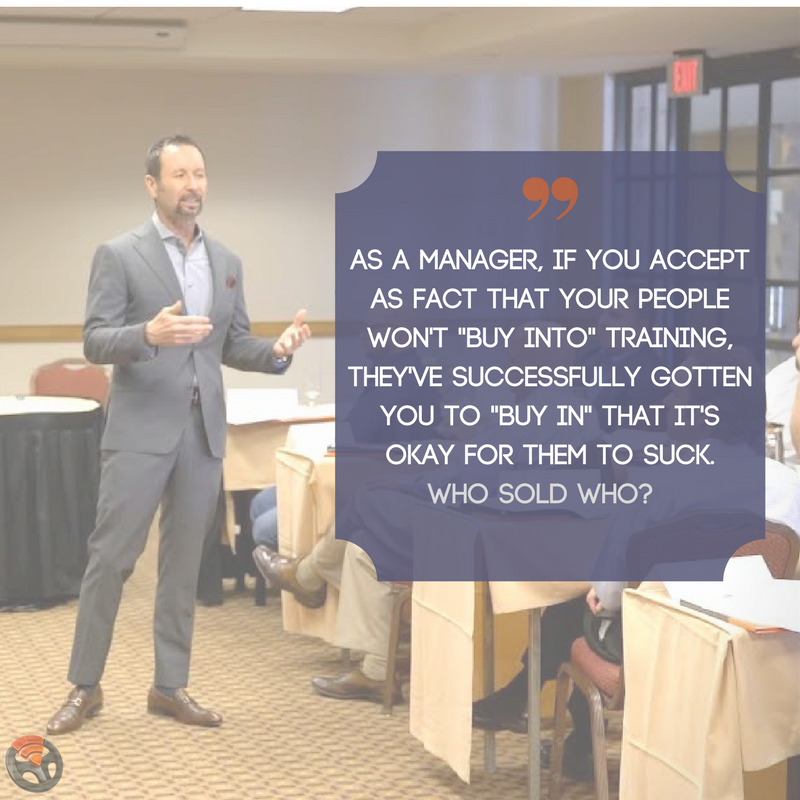 How to be the New England Patriots of the car business!

It was 2008 when it hit me. The economy had just begun to hit the skids and I was leaving a dealership after having done a live meeting. As I walked through the empty showroom I noticed four Managers on shift, sitting in an otherwise vacant tower waiting for salespeople to bring them a deal. There were no customers on the floor, and nothing happening outside beyond the huddle of salespeople by the front door, and I realized: a lot of people in our industry that we call Managers aren’t…

Have you ever really trained your people? I don’t mean some of this stuff out on the market that is purported to be training; I mean really training.

Every third call to my office is a dealer calling and telling me “we’ve tried training our salespeople, but it didn’t stick”. Or, reporting that it is impossible to train salespeople. If you don’t think salespeople can be…

I speak at a lot of dealer 20 Group meetings and one of the questions I ask of the Dealers at every meeting is, “do your managers listen to every sales call on call monitoring?” A reasonable question, right? The overwhelming majority of the time, here’s what I get:

“I wish my managers listened to sales calls, we probably listen to 20% of them or some other lame answer along…

Who remembers that scene in Glengarry Glen Ross where Jack Lemmon is pleading with Kevin Spacey for the “premium leads.” “I can’t work these weak, worn-out leads anymore! You can take all of them! Just give me ONE of the good leads and I’ll close them!”  In many cases, I imagine many dealers today as kind of a…

Is Your Dealership In Conflict?

Here’s the problem at many dealerships: In our heads, we know what we want our people to be doing on a daily basis, but our actions and processes (or lack thereof) contradict what our heads are thinking, and we end up sending our staff conflicting messages. What do many of you see as you walk through your showroom? You might see five salespeople standing out…

For training to be effective three elements need to be present; you need to have:

Think Twice Before Going Under The Knife

Think Twice Before Going Under the Knife

Let me say at the outset; I love BDCs. Like anything else though, there are efficient, productive models as well as ineffective ones. Like plastic surgery, when done wrong, you can end up creating more problems than you solve. The acronym “BDC” does not have an absolute definition. There are several variations as well as activities that any BDC might be engaged in. Let’s…

I said this before and I'll say it again, I have learned so much about selling by being a customer. Here's a saying that we take for granted that you've heard a million times, “Persistence wears down resistance,” as a matter fact, I invented it.

That’s not really true, but it's a great saying that you need to apply to your mindset daily when you sell…

Basic text email absolutely stinks for many of the applications we typically use it for in the automotive industry. There, I said it! Do I have your attention now?

There’s a reason I’m saying this and I think you’ll agree after hearing me out. The fact of the matter is, text communication causes fights. When is the last time you sent your wife, girlfriend, husband, or boyfriend a text message that was completely taken out of context? For me it’s daily, sometimes, even…

Recently I saw a study that said that one of a dealer’s biggest concerns moving forward was declining gross profit per unit sold. As this question is debated at automotive dealerships and 20 groups across the country, we always seem to arrive at the same solution: Sell the value of the vehicle, don’t…

Sometimes the difference between making a deal, and missing a deal, is knowing one more thing to say. As a matter of fact, that’s the difference a lot of the time. If you know what to say to the customer, you sell them. If you don’t, your competitor is going to get their chance.

In 1989 or 1990, I was on the road selling workshops. I was visiting a big dealer in Northern California, trying to get him to send his people to an upcoming workshop and making absolutely no…

One of the things that I think became readily apparent when the economy hit the skids in 2008 was the fact that a lot of the people that we call managers, really aren’t. When the economy is humming along and customers are pouring into showrooms, a lot of our deficiencies as an industry are masked. As a manager, as long as we’ve got plenty of customers on the showroom floor, everyone’s happy. Unfortunately that’s not a reality in today’s environment. What sales managers are doing when they…

Stay Away From The Fried Twinkies!

Stay Away From The Fried Twinkies!

Quit comparing yourself to the mediocre masses! It seems that so many managers have an attitude like “yeah we’re bad, but we’re really no worse than the rest”.  That’s the equivalent of going to the state fair and comparing your fitness level to the people standing in line waiting for fried Twinkies and chocolate-dipped bacon. Step up your game! Start measuring your performance and…

Alan Ram is announced as the official winner of The Great BDC Debate on Auto Dealer Live!