There’s a topic we believe is important to address prior to enlisting the
aid of mentors in this area. In many people’s minds — and in much of our
culture today — the very idea of wealth,
on at least a “gut” level, has been villainized. In my experience, however, nothing
could be further from the truth. Most of
the wealthy people I’ve known have been
kind, caring, generous people who have
worked extremely hard for what they
have…

When deciding what we want out of life, and where to put our energy and focus to achieving our goals, my mentors and I have found that we need to avoid a limiting concept called “The Tyranny of the OR.”

This concept, described by…

We hold in awe those who started life without the benefit of money or
resources and went on to build empires. It’s almost as if they were destined
to be giants and got there with only their own determination and talents.
When we look closer, though, behind the myth of their “destiny,” we
begin to see the people around them. We see the family…

As Good As Our Word: How To Build — or Destroy — a Good Reputation

One of the most valuable assets we possess can’t be measured, counted or displayed. It takes years to build and seconds to destroy, and we depend on it not only in business but in our marriages, friendships and all the other relationships in our lives. Our…

Having a Mentor, Being a Mentor — Passing Down Lessons is a Crucial Element of the Theory of 5 The primary message of the Theory of 5 is that we believe the happiest, most prosperous people in the world have found a way to excel and continue to grow in five crucial areas — spirituality, relationships, parenting, business and finance, and health and fitness — by working with mentors and co-mentors. 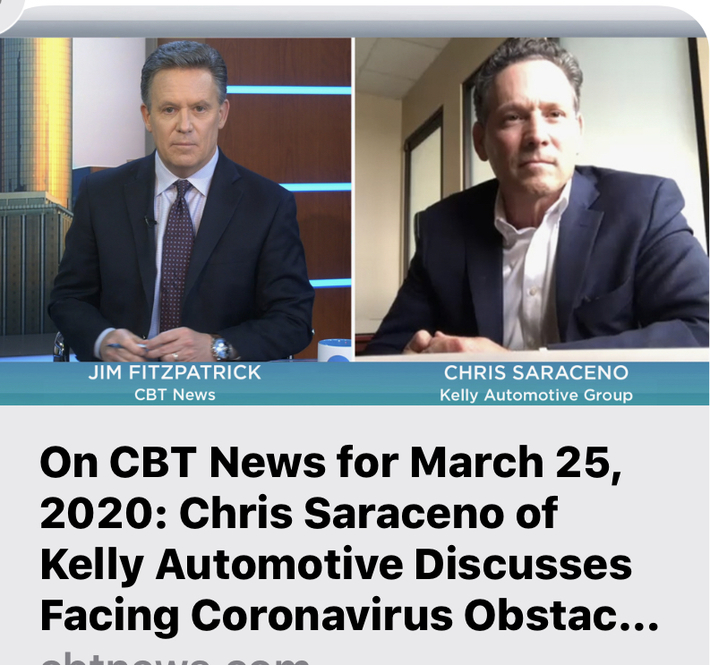 My Thank You for ALL dealerELITE members

After 10 years of managing and owning dealerELITE We are passing the torch to Arnold Tijerina.

Arnold is friend and loyal member and contributor of dE for 10 years.

here’s to wishing Arnold and ALL dE a Happy and Prosperous life.

All dE members are welcome to Use gift code: Gift20 for a copy of my Theoryof5 book

Wishing all of you continued Success

Watch this video for a 2…

Average Vs. Exceptional The 3 Factors that Separate Participants from Spectators

Average Vs. Exceptional
The 3 Factors that Separate Participants from Spectators

There’s no shortage in the world of people who are willing to settle for less than they’re capable of achieving, and our culture seems designed to make this settling not only accepted, but the norm. Advice like “Take it easy” and…

There are certain behaviors that, if practiced by the leader or permitted to exist in the office by the leader, will absolutely kill office morale and make our business a miserable place to work. They are behaviors so destructive that, if allowed to take root, will run off the talented individuals you need on your team. These culture killers are:

The Art of the Trade-in Walkaround

The Art of the Trade-in Walkaround – Setting Realistic Expectations with Customers.


Most customers looking to trade in a car bring to the dealership unrealistic expectations about the value of their trade-in.

Experts believe the Automotive Sales Consultant is the best person at the dealership to manage the customers’ expectations of the value of their trade. And, sales consultants can…

Everyone searches for success. Whether it’s success in love, competition or business, all want the best in

life. A majority of the world population would argue that success is decided by how rich your family name

is. While being born with a silver spoon in one’s mouth can provide a means to success, history shows us

Are You Selling in the Zone?

Are You Selling in the Zone?

Recently, I came across some old notes I took at a Half-A-Car training meeting about twelve years ago. The notes were centered around being focused and prepared to sell, a state of mind that some call being “in the zone.” There are some concepts that are timeless, and, even after more than a decade later, these stand the test of time.

Being in the zone is about more than just focus and experience, it is actually a different…

"Why Bad News Could be Good News "

In 2004, the Lego company was on the verge of bankruptcy. Kids had started to focus on less traditional forms of play and were surging towards electronic toys. Plain old interlocking bricks just weren't as cool as they had been before the computer age. Instead of folding, Lego decided to go a new direction, trying a new form of kid-centered marketing. They started the Lego Magazine, directed to kids in their new Lego Club, launched design competitions and introduced Mindstorms, the…

Did you ever wonder if the Sales Applicant in front of you would be good at selling Cars at your Dealership? Now you could find out.

Did you ever wonder if you would be good at selling cars in today's market Or if the sales applicant in front you has the traits needed to succeed at your dealership ? Now you have an opportunity to find out!

www.dealerElite.net has searched for and found the World's Most Effective Sales Aptitude Assessment.

All dE members now have the opportunity to use "The Car Sales Simulator" until July 30th .…

Dealer Looking for a Call Center

We are looking for a call center that will call a given group of customers that qualify for special incentives to set appointments with a strong success rate.

Successful sales consultants in the automobile industry do the following:

1. They plan their day the night before in writing or in their CRM. This means they can hit the ground running with a well thought out plan of action and purpose.They don’t waste time during the day stopping to think or decide "what do I do next ?"

Fisker Automotive has hired former GM Marketing boss Joel Ewanick to be chief of global sales and marketing for the maker of Fisker's luxury plug-in hybrids.

Successful service consultants in the automobile industry do the following:

1. They plan their day the night before. They review all appointments and service histories for potential sales opportunities before the customer’s arrival.

2. They show up for work early:
a. Write up “drop off” appointments.
b. Review the day’s staff, and any issues or…

We have a dealeship looking to hire a trainer to spend a few days training our warranty administrator:

Please list their name and number below or have them email me at cbskmc@aol.com

Hello to all my dealerElite friends

Hello to all my dealerElite friends:

We may all think that September is a long way off but it will be here before you know it. I'm sure all dE members would like to invest in our careers by attending one of the the fall conferences in September or October. I personally recommend attending AutoCon2012 on September 5-8th. DealerElite will be hosting this convention in partnership with ADM.