There are actually over 50 reasons why your Salespeople need coaching. They may not know it; but you do. Their managers know it. Their customers feel it.

Even if your customers don’t know what Coaching is, they know how they feel during and after an encounter with an un-coached Salesperson. It’s not pleasant nor very efficient.

Here are seven reasons why Salespeople need Coaching, why Active Coaching is the best, and some suggested solutions. 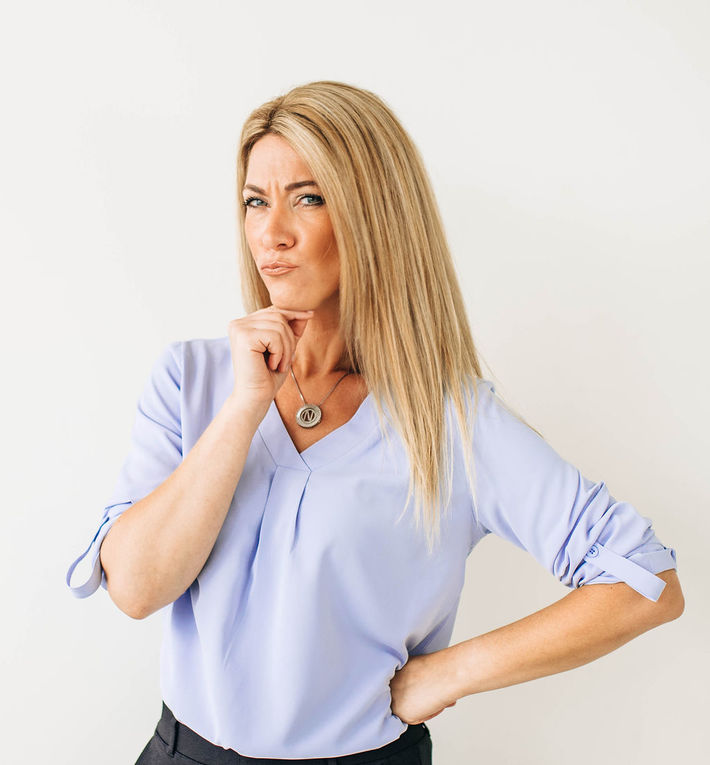 The Salesperson takes twenty minutes on an inbound call listening to a caller complaining about the “Car Business,” haggling about doc fees or interest rates, or why used trucks cost as much as new, etc. And then, the Salesperson lets the caller go without asking for their contact information, or what exactly they’re looking for.

Solution: Teach them a simple structure to get from Greeting to Qualifying to Appointment and Follow-up. Coach them to listen to themselves using the model to shorten their calls, and gather quality information to make appointments. AND do this in an ongoing and supportive manner.

They sound like the Liberty Biberty guy on the Liberty Mutual ad, when they try to string together a few simple questions about the caller’s name, location, trade-in, budget, needs, or preferences.

Solution: Practice saying the words out loud, rather than just thinking about them. Coach Salespeople in role-plays. Give them opportunities and encouragement to practice. Let them hear themselves getting it right. Rinse, and Repeat. Active and ongoing coaching with their own customer calls are the most powerful tools one may use!

They think “Opening the Funnel” will discourage a caller, rather than give them even more reasons to make an appointment. So, they don’t both to ask until they have to say “I’m afraid the “Civic” you saw on our website is no longer available.” Then, it may be too late to offer alternatives.

Solution: You cannot convince someone that Offering Alternate Vehicles is effective unless they’re adequately and effectively trained, coached, taught, role-played and certified to accomplish this with confidence! Telling them, or ordering them to do it, or just giving them the script to learn, won’t work… “the lashings will continue until performance improves” isn’t the way! Coaching works, by listening as much as talking, and presenting data, based on the Salesperson’s own performance. No two sales agents are alike and thusly they don’t learn the same way or at the same pace.

Reason 4: Trying to Sell A Car on the Phone…

They think their job is to sell cars on the phone. It’s not. Albeit during the tail end of the pandemic and the beginning of the chip shortage, that’s exactly what was happening, it’s not the norm nor is it preferred by either side.

Solution: Show them the evidence, from their peers and their own performance. How many people can sell a vehicle on the phone? How many people will buy on the phone? What’s the CSI/CX like vs. doing it the correct way? Coach the Salesperson to practice the art of creating the appointment. Coach them on getting to the point more quickly. Confirm availability and your willingness to help the caller find the vehicle they desire. Ask for the appointment. Then you can sell the vehicle.

The Dunning-Kruger Effect is an unconscious cognitive bias that affects people in all walks of life. For us, it’s more apparent and more negatively impactful in Sales and Phone Skills. In our training and coaching programs, we hear it at work every day.

In short, over 20 years’ research on the Dunning-Kruger Effect has shown how “poor performers are not in a position to recognize the shortcomings in their performance…People with substantial, measurable deficits in their knowledge or expertise lack the ability to recognize those deficits and, therefore, despite potentially making error after error, tend to think they are performing competently when they are not.”

Research suggests that poor performers have not yet acquired the ability to distinguish between good and bad performances. They tend to overrate themselves because they do not see the qualitative difference between their performances and the performances of others. They don’t know what “Good” looks like. So, they perceive themselves as better than they are. Consequently, and for this reason, many Salespeople “think” they don’t need training, or coaching. They believe they are simply “innately gifted” Salespeople.

The research confirms our own experience in coaching thousands of Salespeople, that (1) the bottom quartile of performers tends to see themselves as being part of the top two quartiles of their peers; and (2) they over-estimate their scores compared to objective standards in a Phone Skills Scoresheet, based on real-life recorded calls.

Solution: As you may have guessed, we believe, and research has proven, that the most effective and lasting solution to counteract the Dunning-Kruger Effect is ongoing Active Coaching.

But first, let’s look at the other end of the spectrum…

The Research on these cognitive biases has also identified an opposite effect, which also can benefit greatly from the Reality Check of measurable feedback and coaching.

At its extreme, this cognitive bias is often described as the “Imposter Syndrome”—another misunderstood term—which refers to a tendency in some highly competent Salespeople to under-estimate their skills, knowledge, and performance.

Just like the Over-confident/Under-competent Salespeople, these highly competent Salespeople need a Reality Check. Both extremes on this spectrum can change their self-perceptions and their results, through the direct feedback from hearing their own calls, scored objectively on agreed measures of success. More impactfully, both groups change quickly through direct one-on-one coaching.

Active Coaching is even more effective, more quickly, because it is non-judgmental, evidence-based, and objective. And it is conducted by trained, skilled coaches.

Dunning and Kruger's research also indicates that training in a task, with immediate feedback, increases people's ability to more accurately evaluate how good they are at it—in relation to their peers, and to objective, scored standards of competence.

Too many Salespeople are slower to improve because they refuse to participate in highly effective coaching because they don’t want to risk failing. Like the Salespeople in Reason #6, they may be simply under-estimating their capabilities to learn (the bright side) or they may just be too lazy to even be in sales (the dark side) which begs the question, “why do you have them in the first place.” They play it safe with what they’ve always done because an active coaching regimen is new and different, and they may feel uncomfortable with the idea of taking control of an inbound call, right from the start.

Active Coaching works better than any other approach, because it works with the Salesperson’s individual mindset to incorporate a new and highly effective structure. It builds confidence, knowledge and skill. Like a mirror, it shows the Salesperson what’s really there—in the objective scoring, and in hearing themselves being more effective and competent than they could have ever imagined.

If any of these reasons sound familiar to you, as a salesperson, or as a manager, it’s time to consider Active Coaching. And if you feel like you don’t know where to begin, I know who can help...