How Honda Creates Ads to Bond Emotionally with Customers

Car commercials are unlikely to leave people indifferent. Although when they provoke a reaction, it’s not always the kind of reaction the brands had hoped for. Many car manufacturers mess up and some of them never learn from their mistakes. Honda, on the other hand, very rarely (if ever) make the top lists of worst car adverts. There’s just something endearing in how they’re building their brand awareness. Let’s have a closer look into how Honda achieves success.

Riding One Can be Just Heavenly

Do you still remember the classic motorcycle commercial featuring a reverend doing wheelies and riding on water with his Honda bike?

In fact, this is the key to why Honda’s approach to advertising is different. They don’t have the usual motoring industry frame of mind. The founder, Soichiro Honda, started out as an owner of a small workshop making engine parts for Toyota. In just a couple of decades he transformed his workshop into a multi-billion dollar company.

His greatest achievement, however, is the corporate philosophy that he established within his company. He used to say, "success represents the 1% of your work which results from the 99% that is called failure." How often do you hear people like Dan Akerson admitting to his failures? Anyone? This quote was the basis of the first short Honda documentary – a format that revolutionised the way they reach out to their potential customers.

An 8-minute short film where Honda’s engineers speak frankly about their failures, was aired in 2009. One year later Honda attempted an interesting brand building exercise by sponsoring original documentaries on Channel 4 – one of the mainstream TV channels in the UK.

The slots between the films were used to share their own videos with potential buyers, and I’m not talking about controversial viral videos. No, the videos created during this campaign were made to provoke emotion. For example the Honda Hands video, which Creditplus.co.uk featured on their blog as their number 1 Honda video of all time, highlighted the greatest achievements of their 65-year history, emphasising their expertise in engine design and praising the creativity of their engineers.

From TV to Online

The Channel 4 sponsorship deal was run side by side with an extensive online campaign. It was handled via eBuzzing, a social video advertising platform run by a French startup Wikio Group. Participating blogs (and we’re mostly talking about small to middle size hobby blogs) shared Honda’s short documentaries via blog sidebars or specially crafted blog posts. The blog owners were expected to write their own copy so that they connect with their readership the way they normally do. 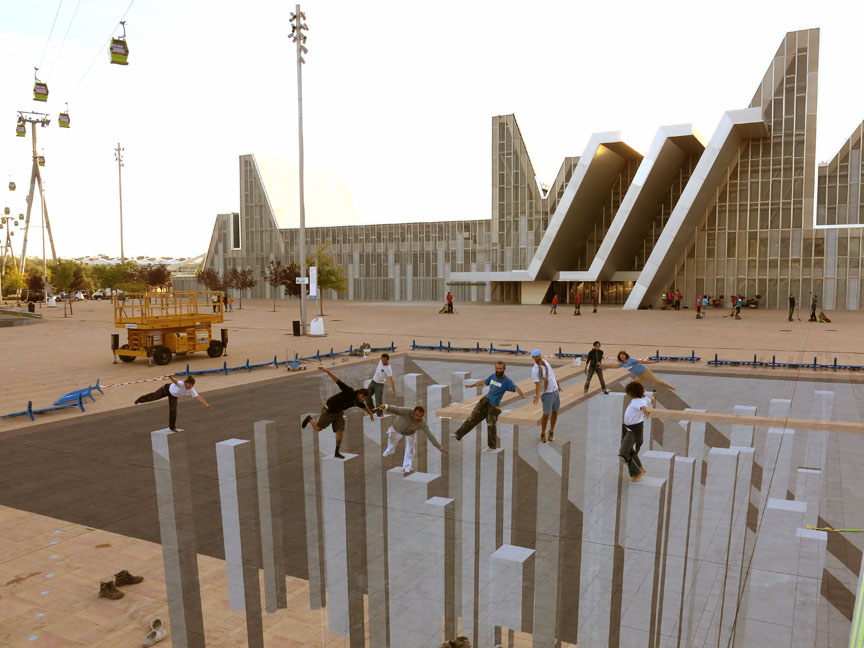 The campaign wasn’t cheap and I’m sure it was extremely difficult to measure ROI. Did these shared videos generate any sales? This is something you can’t answer with full confidence, however, it accomplished something much more important. It positioned Honda as a curator of emotional video content.

That way, people who were exposed to Honda’s content via the sponsored blogs, were more perceptive when they saw Honda’s commercials on telly or when they were watching documentaries sponsored by Honda. Also, if this new approach to video advertising weren’t profitable, would Honda keep at it for so long?

So, are there any takeaway lessons for smaller automotive businesses who can’t afford to sponsor a TV channel for several years in a row? Sure, there are! This is yet another proof that non-salesy content works better. You won’t find a call to action in Honda’s videos, they won’t try to sell stuff to you.

All they do is simply tell you how they’re different, and why their employees are proud to work for them. It’s something that any business can replicate. Tell people about your success and failure, be human and inspire. That way you’re more memorable than your competitors. People are more likely to buy from companies they can relate to.

Image courtesy of Tracy Lee Stum 3D Street Painting showing how a group of artists are creating an amazing 3D pattern on a street for the new Honda CR-V commercial.