Truck or Treat – Auto Dealers Making the Most of Halloween

There are two kinds of auto dealers on Facebook – ones that have mistaken their Facebook feed for a billboard, and ones that have gotten to grips with the way Facebook works and are churning out one funny update after the other. The build-up to this year’s Halloween festivities has clearly shown who’s doing the right thing and who needs to learn more about social media. 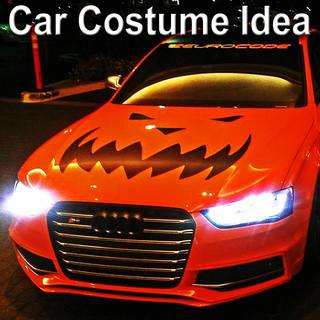 The dealership that caught my attention was NAP Murray: https://www.facebook.com/MurrayNAP. With only 650 "likes," they’ve still got a lot of work on their hands, however, they’re making a good progress.

The Car Costume Idea featuring the gorgeous orange Audi with pumpkin decals is working a treat.

JCB Group – https://www.facebook.com/jcbgroup – has gone all out and prepared a themed photo gallery featuring pumpkins carved by Volkswagen enthusiasts, often in a shape of their favourite cars.

This is really clever – it is relevant both to the brand and the upcoming event. It’s exactly the type of content you should be looking to create for your dealership’s page. 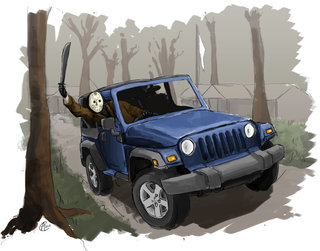 Some car blogs are trying to spice it up with original artwork. This Halloween post http://www.creditplus.co.uk/blog/car-monstrosities-movie-monsters-r... tries to match cars with scary fictional characters. The artwork really does the trick, no wonder it’s getting shared on Facebook.

A car body repair company ChipsAway has compiled an appropriately named Facebook gallery "DIY Car Care Scarefest!" http://fb.me/2br2rSxJS featuring the most terrifying car fails. It has taken some time and effort but I think it works very well.

Being Part of the Community

Not directly related to the Truck-or-Treat or Halloween in general but a positive trend I noticed when studying Facebook pages of car dealers this month was that they engage in various local community events, causes and charities. For example, Capitol City Autosales: https://www.facebook.com/CAPITOLCITYAUTOSALES have redesigned their header image to feature the Pink Ribbon in support of the breast cancer charity.

Most importantly they’re trying to make a difference, but these activities also have a positive side-effect in terms of social media interactions and brand awareness. Having said that, their Halloween update is not very exciting, nevertheless some of the stuff they’ve been putting out lately is quite "shareable."

Why are the manufacturers reluctant?

What about the big names of the automotive industry? Are the manufacturers ready to loosen the tie and join the Halloween fun? That doesn’t seem to be the case because only a few official car brand accounts had fun stuff to share with their followers. 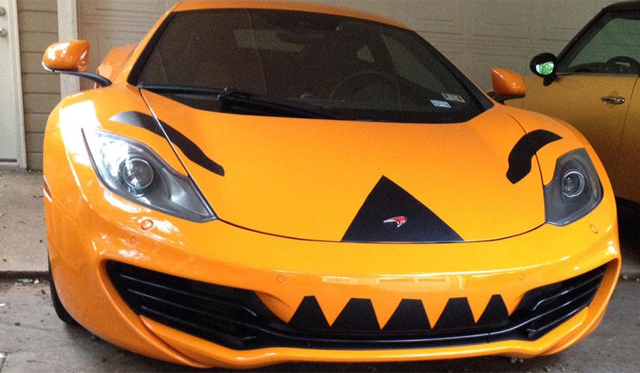 One of the coolest update was made by McLaren. The Halloween-styled McLaren 12c is just too cute not to be shared, hence so many people liked or shared the post.

And it’s not even McLaren’s own initiative. The car was spotted by the GTspirit team and featured in a short blog post http://www.gtspirit.com/2013/10/14/mclaren-12c-receives-halloween-i... but the McLaren social media person was doing the job properly and the post was picked up in a timely manner. You can check the original update on McLaren’s Facebook feed: https://www.facebook.com/mclarenautomotive.

To be honest, I didn’t expect every automotive manufacturer to join trick-or-treating, however, If you sell orange cars and I don’t see pumpkin pranks on your Facebook page, one thing is for sure, your social media team is due for training.

This year’s Halloween has taught us a great marketing lesson. We must plan our content strategy with the festivities and future events in mind. It’s not difficult to plan out a series of social media and blog updates that tie in with an upcoming event. The key is to lay it all out in a way that it requires interaction from your fans and visitors. They are much more likely to share something that they’ve had a direct input in. We’ve got Thanksgiving, Cyber Monday and Christmas approaching. Have you planned a themed campaign for your Facebook page?