I Do My Best Poof Reading After I Hit Send 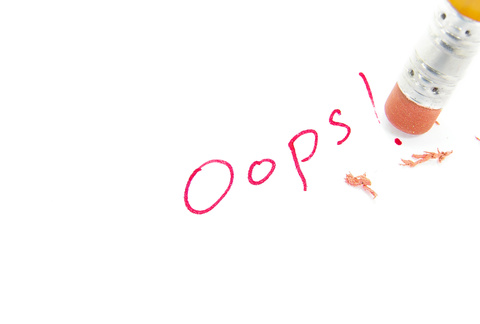 We’ve all seen it happen. In fact, chances are really good that you’ve done it yourself -- posted that Facebook status update, sent that text message, or that e-mail and then – oops, you notice those typos or grammatical errors…after it’s too late to correct.

Well, does it really matter? In a word, yes.

When dealing with your friends, you can get away with it with a chuckle, quickly correct as needed and they don’t mind. But what about in a business setting, when you’re dealing with colleagues or customers?

Those are a little harder to retract… and can cost business. Image is increasingly important.  For eons people have been judged on how they present themselves verbally. The same applies these days to the all-important electronic word.

In the automotive industry, mistakes can not only lose a sale, but also have other rather expensive ramifications. Many states have laws regarding pricing and disclosures. Say the dealership receives an Internet lead. If the salesperson responds quickly, without proofreading their reply before they hit send, multiple problems can happen.

First, and most likely, the customer on the other end of the email may perceive the salesperson, or even the dealership, as unprofessional.

Second, there are many numerical figures that can be involved in an email sent from a salesperson to a customer, such as down payment, price, trade-in value, interest rates – you name it. Get it wrong and this can anger customers. You lose their trust as they can feel purposely misled. In some cases, depending on how egregious the error is, the dealership could even be held accountable for that mistake. Many states have laws against advertising and/or bait and switch tactics – even if it was a genuine mistake. If it’s an obvious error (like quoting $2,000 instead of $20,000), chances are you’ll be fine, just look a little silly to the customer. But, what happens if you quote $16,000 instead of $20,000 because of a typo? You might just be held to that price if the consumer is angry enough to report it. They do have it in writing after all.

It’s not just spelling errors that can make you appear unprofessional. Grammar errors are just as bad. I’m sure most of you have come across that grammar Nazi!  Some people just cannot stand poor writing and it can be easy to do. Words such as “affect,” and “effect” are mixed up all the time. “Their” “there” and “they’re” are also commonly misused.

Software exists which can assist you if grammar isn’t your “thing.” Free programs such as Grammarly are quite good and can give your emails a once-over before you hit send. If you’re really unsure, and it’s important to get it right, an extra set of eyeballs is always helpful too.

Remember that age old saying, “you only get one chance to make a first impression?” It’s applicable in this electronic age too. You wouldn’t want to show up to a job interview in shorts and flip flops. Sadly, it can appear as if you are if you’re not careful in your missives to potential customers. It can simply seem as if you lack professionalism. As if you don’t really care.

Oh, and yes, the typo in the title IS intentional – for those of you who caught it, just making my point!

Making the Best of Time During the Worst of Times

Making the Best of Time During the Worst of Times

Finding Revenue During a Crisis Through Retail Warranty Reimbursement