LeBron James & The Cleveland Cavaliers: A Story of Loyalty 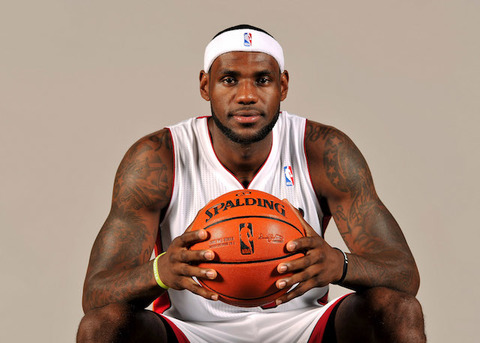 There’s no better story about the perils of loyalty than that which played out in the summer of 2010. At the time, Lebron James was the most desired free agent in all of basketball. For the prior two seasons, he had been pressured by fans to announce whether he would stay with the Cavaliers, or leave for another team. Cavalier fans were intensely loyal to James, who was a first-round pick in 2003. He proceeded to showcase his talent over the course of seven years in Cleveland by making six all-star teams and brought the Cavaliers to their first ever NBA Finals.

In early July 2010, Lebron made his decision. With a great amount of publicity, including his own nationally televised special named “The Decision,” Lebron broke the hearts of Cavalier fans and the city of Cleveland when he announced that he was joining Dwayne Wade and Chris Bosh with the Miami Heat. Fans labelled him as selfish and the owner of the Cavaliers issued a scathing public announcement. Fans expressed their feelings of anger and betrayal to such an extent that police had to be deployed to keep the peace. James, however, set out to accomplish the one thing he had not yet done, but wanted most of all -- to win a championship. He felt he had a better chance to do that in Miami.

And he did. Two of them, in fact, in his 4 seasons with the Miami Heat.

This season, Lebron returned to Cleveland. His explanation was simple: Cleveland was his home. And he told this to the fans in an essay published in Sports Illustrated, explaining his love for Northeast Ohio, it’s people and his desire to bring them the trophy they’ve never had. He didn’t promise he could deliver. In fact, he told them to be patient and that it probably wouldn’t happen this year. And fans forgave him.

As we all know, he then led the Cavaliers to the NBA Finals and Lebron was on the verge of delivering on that promise in his first year back. His fans have left behind the vehemence and animosity they harbored for the 4 years they spent watching their hometown hero bring championships to the Miami Heat. Lebron is debatably one of the best professional basketball players… ever. And was on the precipice of delivering that elusive championship to Cleveland a year earlier than promised.

This story perfectly illustrates the fragility of customer loyalty. These fans were extremely loyal from the time Lebron was drafted -- all the way up until they felt betrayed by his decision to leave. They needed a hero and Lebron was it. The minute he gave up on them (which is how many fans interpreted his decision), they gave up on him. I doubt that anybody would have predicted that Lebron would ever be welcomed back. But a little humility and some maturing saw him thoughtfully apologize and endear himself once again to his fans.

I thought this example provides great food for thought for those situations in our retail automotive industry where we have unhappy customers. The current recall crisis is a prime example --- there are literally thousands of inconvenienced drivers, many of whom, I am sure, are rightfully upset.

People are human and hopefully these customers understand that other people (and companies) make mistakes. They will forgive you if they believe you are sincere in your apology. They will however need to see that your business is making a real and effective effort to rectify any error.

The next time you have a disgruntled customer, approach the situation with sincerity and show the customer through your actions that your apology is sincere. You might just be given a second chance.

Are you kidding me?  This is a terrible analogy.  LeBron was a loser leaving the CAV's.  Customers that leave us are because we fail to communicate properly.  Has NOTHING to due with why LeBron left Cleveland.