Should You Upgrade to Microsoft 2019?

Microsoft has released Office 2019, the newest version of its desktop suite of applications that most dealership employees use on a daily basis; including Word, Excel, PowerPoint and Outlook for email. Prior versions of Office that your dealership might still be using are Office 2016, Office 2013 and Office 2010. Please don't tell me you're still using Office 2007.

If you're thinking about upgrading to Office 2019, I encourage you to look at another option. If you haven't already, now is the time to migrate to Office 365 Business, which offers cloud-based versions of all the same Office applications, plus additional features. 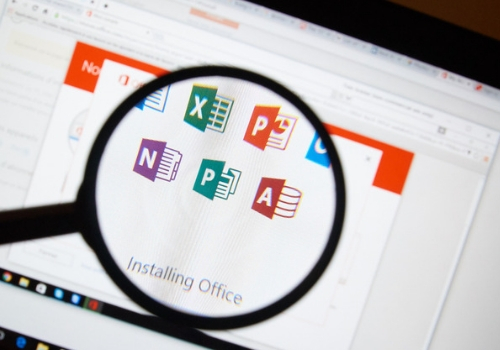 That means Office 2019 will become outdated pretty quickly. Plus, Office 2019 doesn't offer any of the cool cloud-connected features that Office 365 offers, such as workflow, productivity and collaboration tools.

The fact is, Microsoft is really pushing to get everyone onto the cloud-based version, so the benefits of doing so far outweigh any reasons not to migrate. At this point I can't think of a reason not to switch, unless you work in a cave with no Internet access.

Let's take a look at some of the advantages of switching to Office 365.

Depending on how many employees you have, on-premise licensing fees can get expensive. In addition to licenses for Office applications, dealerships pay licensing fees for Exchange Servers and Exchange User Client Access Licenses. That doesn't include the cost of hardware and the cost of having to hire someone to maintain all the equipment.

Additionally, someone at the dealership has to be responsible for handling security patches and other software updates on a regular basis.

Perhaps the biggest issue that Office 365 helps you avoid is the usage of unlicensed copies. This happens when someone in a dealership installs Office on six or ten or even dozens of computers, instead of limiting installations to the three or five licenses that come with the package.

Unfortunately, this practice is fairly common. It's also illegal and very costly, if you're caught. In recent years, the Business Software Alliance (BSA) has really cracked down on small and mid-sized businesses, and offers whistle-blowers (usually disgruntled employees) cash rewards for reporting businesses that use unlicensed software.

One dealership I know of got caught using unlicensed copies of Microsoft Office on over 300 computers, and had to pay a fine of $1.5 million. Another dealer purchased a small dealership only to be hit with $50,000 in fines because the new store had unlicensed software installed on its computers.

Paying a small monthly per user license for Office 365 eliminates this risk and makes for easier budgeting.

Office 365 offers features designed for team collaboration, improving workflow and increasing productivity. With Office 365 everyone has a clear view of task assignments, workloads and timetables so that all team members are in the loop on a project's status.

Additionally, Office 365 has integrated Yammer, an enterprise-level social platform that allows team members to communicate from any location. Office 365 also has Skype for Business, allowing team members to call quick virtual meetings, as opposed to formal in-person meetings, which tend to be lengthy and inhibit productivity.

Office 2019 is installed one time on a single PC or Mac. Office 365 allows a single user to sign in from multiple devices, including mobile devices such as smartphones and tablets. This allows team members to easily check email, edit documents and securely access shared information at anytime from anywhere.

Chances that your dealership will experience a cyber attack are growing every year. Applying software updates, also known as patching, is one of the most important security measures you can take to protect your dealership. Yet in my experience, 95% of dealerships aren't doing this on a regular basis.

Perhaps the greatest advantage of Office 365 is that cloud-based applications are instantly updated with every new software and security update.

With Office 2019, employees and even IT staff can ignore software update notifications for days, if not weeks, leaving your network vulnerable to cyber attacks.

If you're a desktop die-hard and prefer to have Office applications on your computers, whether or not you upgrade to Office 2019 depends on the version you're using now. Microsoft is ending support for Office 2010 in October 2020. If you're using Office 2016, be aware that although the standalone version will still function after October 2020, you won't be able to access any additional Office 365 services such as Exchange Online, Sharepoint Online or OneDrive for Business.

If your dealership hasn't already migrated to Office 365, you might want to try it. Start small, with one department. Ensure that every employee gets the necessary training and support to make the transition successful.

Do you have questions about technology? Stop by Helion's Booth # 6453W at the NADA Convention & Expo, or make an appointment here http://bit.ly/2EtSOrV