The Best and Most Controversial Car Reviews of 2013

The last year has been very prolific in terms of new car models entering the market. With the global car sales not hitting the predicted level in North America and clearly struggling in Western Europe, the manufacturers have had to think creatively, thus providing motoring journalists with more material than they could possibly devour. The availability of exciting new cars has inundated the cyberspace with both great and controversial car reviews.

From a dealership’s perspective, the availability of car reviews on the internet has inevitably changed the way people shop for cars by moving the control out of the dealer’s hands and placing it firmly on the keyboards of bloggers and online celebs. Even a single tweet from a "twelebrity" praising or slating a car can make a huge difference for the manufacturer’s sales figures.

Recently a spokesman for supercar manufacturer McLaren revealed that an overwhelmingly positive review their new supercar received from Top Gear helped them sell out the P1 car 9 months ahead of the planned sell-out date.

No wonder that so many manufacturers are a bit twitchy about giving away their cars for test drives, especially when it comes to giving it to somebody who is known to have a sharp tongue. We’ve all heard of the Ferrari vs. Chris Harris feud. And those who’ve been following Top Gear, will remember the funny Episode 2 of the 2008 season, where Chrysler refused to provide them with the Challenger.

Most recently, The Truth About Cars has been allegedly blacklisted for posting a bad (yet truthful) review about the new Lincoln MKZ. I don’t know what the fuss is about, they don’t even mention the horrendous front end design in their original review. Soon after the review went live, a scheduled test was cancelled and he was advised that there would be no further access to the vehicles. It just shows that some of the large companies never learn from the previous mistakes. Such squabbles with motoring journalists always end up in favour of the latter because the readers will back the journalist even if he’s wrong.

Other memorable reviews of the 2013 include:

If you remember the 3-weeled prototype Aptera – a car that looked like a plane but didn’t fly – you might have heard about Chris Anthony, one of the co-founders. Despite having received 4000 pre-orders and backing from various investors, including Google, the project failed due to production delays. Chris Anthony, nevertheless, kept passion for green vehicles alive, founded a new company called Epic EV and set to work on a new prototype called Epic Torq.

This is what happens if a classic Morgan 3-wheeler meets a Tesla Roadster. Although the new car is not going to be everyone’s cup of tea – mainly because it lacks the roof (and any practical value for that matter) I hope this one doesn’t end up being an "Epic" fail. Translogic – the geeky subdivision of the AOL Autos blog – took the car for a spin, and I mean it quite literally.

This is exactly how to do a good video review. Translogic’s host Bradley Hasemeyer explores the car, finds out what it feels to drive it, interviews the CEO and manages to condense a lot of information in just under 7 minutes. No wonder it’s been featured on sites like Engadget, Autoblog and others. 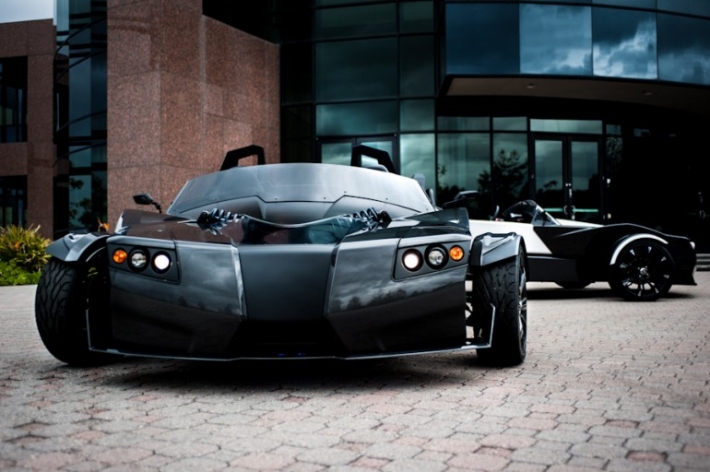 The Torq is an exciting vehicle and its name is not just blatant boasting. The little car delivers a crazy amount of torque – 1020Nm to be precise. It does 0 to 60 in 4 seconds! However, the base tag of $65,000 prices it out of reach for most of the green car enthusiasts. It’s difficult to judge how this review has impacted the Epic EV’s progress. They’ve delivered the first production car to David Vespremi, former Tesla Director of Communications and revealed plans to sell up to 50 units during the 2013. There are no further news to either deny or confirm this, however, the pre-order form is no longer there on their website. The fact that they held a few "arrive and drive" events for the potential customers suggests that there are more than just one Torq in existence.

Just give him something that resembles a supercar and he’ll be happy. Do you want a proof? Knowing how much Jeremy Clarkson hates Lexus, it was going to be a right spectacle to see him test drive the Lexus LFA – the limited edition 552bhp, 200mph coupe. He compared the engine sound to a werewolf that had put its foot in a gin trap, and overall enjoyed his experience so much that he even "took it all back" referring to all the nasty things he’s said about Lexus over the years.

So when it came to test-driving the new 903bhp McLaren P1, we pretty much knew we’re in for a rather positive feedback. And so we were. He managed to spin the wheels even in the 4th gear. Jeremy’s main struggle, though, was to film enough footage without interrupting it with beeps. Here’s what he had to say about it:

"The trouble was that as I belted round, I'd been trying to deliver my pieces to camera, and I hadn't managed to complete a single one without interrupting myself with a sudden, wide-eyed ******* hell. This car, I'd say, has a 3.8-litre, twin-turbocharged V8 which produces... ******* hell. Then later, through Eau Rouge: The feel of the steering puts me in mind of the feel you get from a Ferrari 458. It feels light and yet... oh, ******* hell."

Keep in mind that it’s a hybrid car and Top Gear rarely says nice things about cars that are trying to be green. Nevertheless, Jeremy Clarkson described the McLaren P1 as "stratospherically brilliant" and said that "it makes everything else look like the past." He also went on to predict that the forthcoming Porsche 918 and Ferrari LaFerrari would be unlikely to beat the McLaren P1 as an all-round excellent car, which has unsurprisingly provoked quite a loud backlash from the supporters of those brands.

With an Air of Exclusivity

Another way to make your car review stand out is to snatch the keys before anyone else has had a chance to drive the car. That’s what Paul Hudson did when he posted an exclusive Citroen C4 Picasso e-HDI review on Telegraph. The car was eagerly anticipated both by the journalists and the potential customers. Mainly because of its revolutionary start-stop technology. Citroen prefer to call it a mini-hybrid, which is both technically incorrect and confusing.  Nevertheless, it’s a great engine proving that start-stop can work seamlessly on diesels. 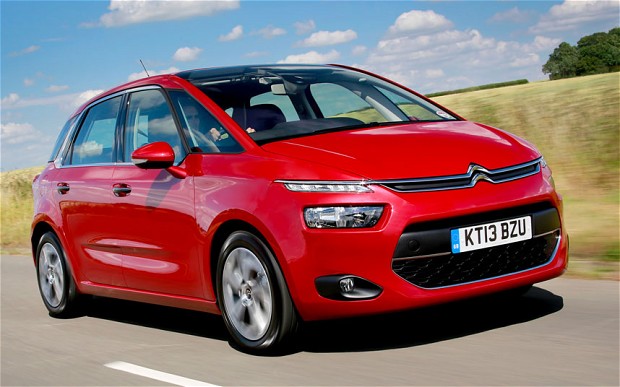 Paul Hudson concluded that the engine is very reasonable calling it a "real world" engine. It sounds quite encouraging because in many cases the so-called eco engines are underperforming. Citroen’s effort with its 114bhp seems to be strong enough for the C4 Picasso.

There might not be anything ground breaking about this review, however, good timing and a well-thought out review structure makes it a valuable contribution.

This is the sort of content that forms customer decisions in this day and age. Have you recently had difficulty persuading a customer against a judgement formed after reading too many car reviews?