The Pr's Of Great Salespeople 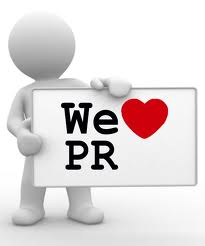 Corporations as well as high profile individuals live and die by the messages they are sending. From a shocking scandal to a new fragrance, it is the job of a Pr (Public Relations) firm to spray the right message to its intended audience. In short, a great Pr firm monitors the heartbeat of its targeted audience. Sadly, salespeople’s careers are cut short every day because they have lost the pulse and abandoned the Pr's that once made them successful: Preparation, Practice, and Production.

Farmers don’t believe in miracles of agricultural production; it takes preparation and practice to produce a bountiful crop. Battleships are not made to be dry-docked; they are built to receive punishment yet have to remain unsinkable to produce a victory. The USS U has prepared and practiced maneuvering through stormy seas of adversity while handling an onslaught of customers' fiery objections. With one victorious sale after another, you are on your way to becoming known as unsinkable in a tumultuous profession. It's time to get out of dry-dock; push from the enbankment of your fears and become the ultimate Pr... Pro.

I'll see you next time on the Black Top