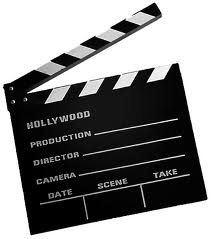 Some people seem to have all of the luck, don’t they?  We read and hear stories of those lucky people who caught their big break because they happened to be in the right place at the right time. Seemingly overnight, “mis” no longer preceded their fortune. “Man, if only I was that lucky,” we jealously muse. So many successful people such as a musician, athlete, or author, for example,seemed to be luckily discovered. They are inked, drafted, and contracted because they have one thing in common; they take action. Despite failing miserably, embarrassingly, and painfully time and time again, they got up, when others stayed down.Henry David Thoreau once said, “If anyone advances confidently in the direction of his dreams, and endeavors to live a life which he imagines, he will meet with a success unexpected.” No one ever gets discovered just by thinking about it. If you want to get "lucky," take action-repeated enough, you’ll wind up being in the right place at the right time.

Comment by Joe Clementi on December 10, 2012 at 11:31am
Marsh. I agree 100%. One of my favorite quotes is "Luck is as simple as Laboring Under Correct Knowledge". I don't recall who is credited with that but I believe it and preach it to my kids, staff and anyone else that will listen!

Live your life like it is golden and you will have lived a golden life.

Comment by Marsh Buice on November 25, 2012 at 5:29pm
Can't win if you don't buy the ticket! Mark you are so right- many are guilty of waiting for opportunity to come- last time I checked it was written, "SEEK and ye shall find." Thanks for taking time out to read and comment Mark.

Good post Marsh. I believe there is a difference between luck and random. There are very few random occurrences in life. The key to luck is putting yourself into position to be lucky.

marsh, so true! the one who tries, the most times, wins everytime!!