A PERFECT example of the Trifecta that Creates Loyalty 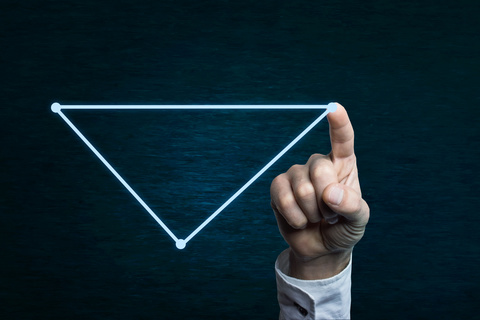 The never-ending question is… what does it take to earn customer loyalty? Of course, the answer changes all the time and that is what makes loyalty so confusing and difficult.

As technology continues to develop and improve, consumers have more access to information and aggressively compare prices and services. Businesses are constantly on their feet scrambling to adjust in order to keep customers and maintain any customer loyalty they’ve built.

However, there is one outstanding exception:

How has Southwest Airlines created such an outspoken, vocal and happy group of consumers where other airlines have failed? An article on Thrillist.com shares how Southwest started its journey promoting budget travel, but is no longer the least expensive. They do things differently than other airlines with no assigned seats or baggage check charges. And they hire willing employees who they allow to be themselves. And you know what? They are the only airline that hasn’t gone out of business or declared bankruptcy in the last 25 years! Oh, and I forgot to mention, they have never laid off or furloughed an employee.

Southwest made sound business decisions such as purchasing a fleet of the same model airplanes to maximize their parts volume efficiency. The airline encourages employees to be themselves and do “their thing,” which engages customers, makes them happy and creates an excellent customer experience.

While the biggest complaint is always their boarding procedure – which some call a “cattle call” – it is in fact more efficient than any other airline.

All other airlines are adding charges for everything under the sun, but Southwest Airlines continues to do its thing. There’s no first-class or seating assignments, but there are also no baggage charges or, as in some other “budget” airlines, charges simply to bring a personal item on board.

You know what they do have? Peanuts. And, yup, pretzels – sometimes.

But everyone loves them.

You don’t hear other airline’s passengers claiming to be raving fans anywhere near as often as Southwest Airlines. And, despite all of the cost-cutting, budget fares and other strategic moves, Southwest airlines has transitioned itself into one of the top three airlines in the country.

So how did it do it while keeping costs down? Employee engagement, customer experience and doing your own thing.

Even Southwest Airlines admits they aren’t always the lowest fare… which is why they shy away from travel search engines. But they encourage employees to delight their customers and that translates into customer happiness and pleasure. Their customers no longer USE those search engines but simply go straight to Southwest Airlines and book their flight, knowing that they will have a great experience at a competitive rate.

We would all be well served to look at the practices and tactics Southwest Airlines has implemented over the years to understand why their customers are loyal, raving fans and how they have grown into are one of the most profitable and stable airline in the country… without always being the lowest price.

It Doesn’t Get Much Worse than This!