It was 1966. A group of West Point cadets was taking a PE class, volleying tennis balls on the courts in the south east corner of The Plain, opposite the old stone library. A skinny, black second 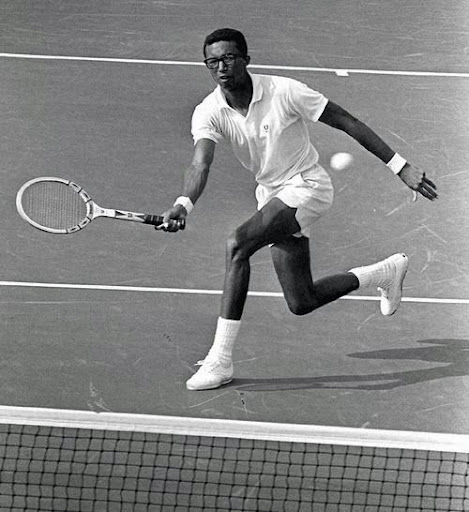 lieutenant moved among them offering words of encouragement and correcting form and technique.

“You know who that guy is?” one of the cadets asked another.

“The skinniest guy in the Office of Physical Education after Joe Palone?” the second said.

The first cadet looked at the second as though he had just crawled from the primordial ooze with an IQ to match. “He was the NCAA Tennis Champion last year.”

“Yeah? He sure is skinny. So what’s he doing here?”

“Ya think maybe the tennis coach would like to have his help coaching the tennis team?”

I played the part of the uninformed Neanderthal in this conversation. I always felt a special connection to Arthur Ashe after that PE class. It was the pinnacle of my less than illustrious tennis career that, at one shining moment, I had my forehand complimented by one of the best ever.

I later learned that Second Lieutenant Arthur Ashe had graduated from UCLA on an ROTC scholarship and, as a result, owed the army three years of service. The connection I felt (feel) to Arthur Ashe was deepened by the fact that he served, and the manner of his service. Arthur Ashe served without complaint, without fanfare, as was his style. It had to kill his soul to miss major tournaments, some as close as fifty miles from West Point in NYC, because he couldn’t arrange leave. However, no one I know ever heard a peep from him.

Veterans Day, 11-11-11, is tomorrow and this got me to thinking about those who served, those who haven’t, and how that changes perceptions. 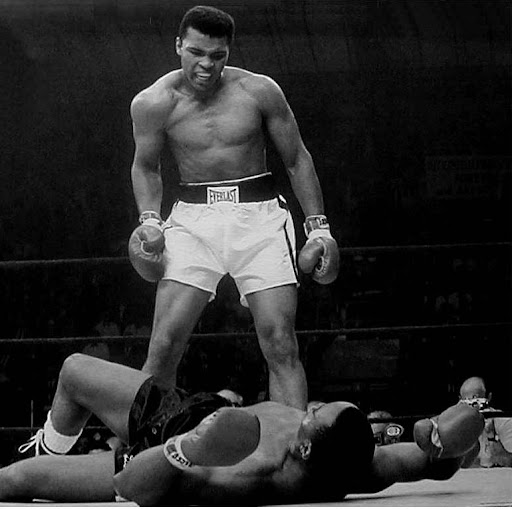 Not long after I began my connection to Arthur Ashe, Muhammed Ali (aka Cassius Marcellus Clay) ran afoul of the draft. I was a huge Cassius Clay fan. I watched on TV when he won the gold medal in the light heavyweight division in the 1960 Olympics. I was a young boy boxing in Golden Gloves and wanted to be just like Cassius Clay.

Sometime later in his professional career, he came under the influence of the militant Nation of Islam and changed his name to Muhammed Ali. That was okay with me. I didn’t care what he wanted his name to be or how he worshipped, I was still a fan.

Then the draft board called his name. He reported to the induction station with the stated intent to serve. At one point he was addressed scornfully by an official there as Cassius Clay, instead of Muhammed Ali. He backed out, saying he had been “disrespected,” and claiming his religious Muslim beliefs forbade him from combat. He was stripped of his heavyweight championship and went through years of hell before being reinstated and winning a Supreme Court case upholding his position. All of this was of little importance to me. The fact that he had refused to serve broke my connection to one of my biggest heroes.

Elvis Presley was another of my heroes. My mom had to talk me out of renting a powder blue tuxedo for my senior prom, because I wanted to look just like Elvis. I sang “Blue Suede Shoes” and other Elvis songs in the shower (Okay, I admit it …, I still do). I also wore my hair a long, combed back over both ears like Elvis’. More interesting was my army-colonel father’s reaction to Elvis. 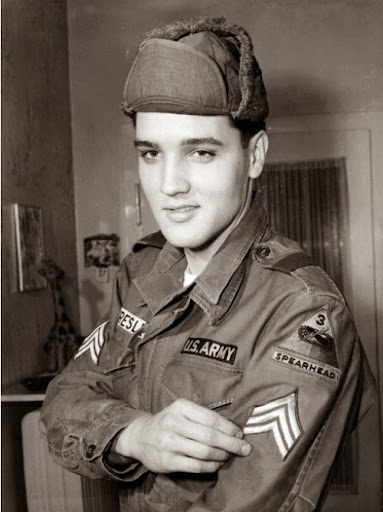 When Elvis was every teenage girl’s dreamboat, wiggling his hips on the Ed Sullivan Show, my father had the utmost distain for Elvis. Then the army drafted Elvis. Elvis served in a cavalry unit in Germany. There he met the then fourteen-year-old Priscilla, kept his nose clean and rose to the rank of sergeant. After Elvis returned to his rock and roll life, two things were obvious. Suddenly, to my dad, Elvis was okay, one of those who had served and deserved respect for doing so in an exemplary fashion. Elvis for his part embraced a bigger, older audience. He sang a rich mix of gospel and classic tunes in among his new rock and roll hits. He had grown from being a teen heartthrob to “The King.”

“Where does the “free booze” come in?” you ask. In the 1960’s Cadets from West Point visited two kinds of bars in NYC, the inexpensive, blue-collar workingman’s bars where we would go to drink, talk and visit with friends; and the expensive, upscale bars on First and Second Avenue, where young women would go to see and be seen, to do and be undone. In the former we would wear our uniforms and often be rewarded with free drinks for doing so.

There was a war on. Partly out of reaction against the growing anti-war movement, partly because they had served in WWII and Korea and sympathized with what we were soon to face, and partly because they realized how broke most of us were, the vets who frequented these bars coughed up for a lot free booze over the years. They seemed happy to provide it, and we were happy to accept it. Today, it’s a tradition I like to continue when I see a young marine, soldier, sailor or airman in uniform.

Unfortunately, this brotherhood of those who served is shrinking dramatically. I recently read that the percentage of all Americans who served in WWII over four years was 11.2%. That doesn’t count the women who took over men’s jobs in the USA. It is also worth noting that in the demographic of men ages twenty to thirty five nearly half served. By comparison, only 4.3% of the population served in Vietnam over twelve years, and only .45% of the population has served in the Global War on Terror in the last ten years. 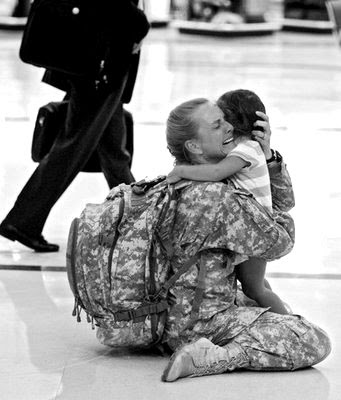 The fall of the Berlin Wall and the “peace dividend” of the late twentieth century stripped 350,000 soldiers, sailors and airmen from the ranks of America’s armed forces, and these were never replaced. This reduced force cycles to and from Afghanistan and Iraq, such that many of our servicemen now have four, five or more deployments. Imagine all the families whose mommy or daddy has been away from home in harm’s way that many times. We who are not now serving are all beneficiaries of this service to our nation, to our safety.

Today we find ourselves at another juncture where the national inclination may be to try to seize another “peace dividend.” Before we make the mistake of again reducing the size or budgets of our armed forces, we should take a moment on this Veterans Day to remember the lesson of 9-11, to be vigilant, not complacent.

This is not a new bridge to cross. Rudyard Kipling exposed a similar sentiment and time in the United Kingdom when writing the poem “Tommy” about a British Soldier, Tommy Adkins, who served in 1815:

“For it's Tommy this, an' Tommy that, an' "Chuck him out, the brute!" But it's "Saviour of 'is country" when the guns begin to shoot.”