Did Google Just Bump Mobile-Friendliness Up in its Ranking Algorithm? 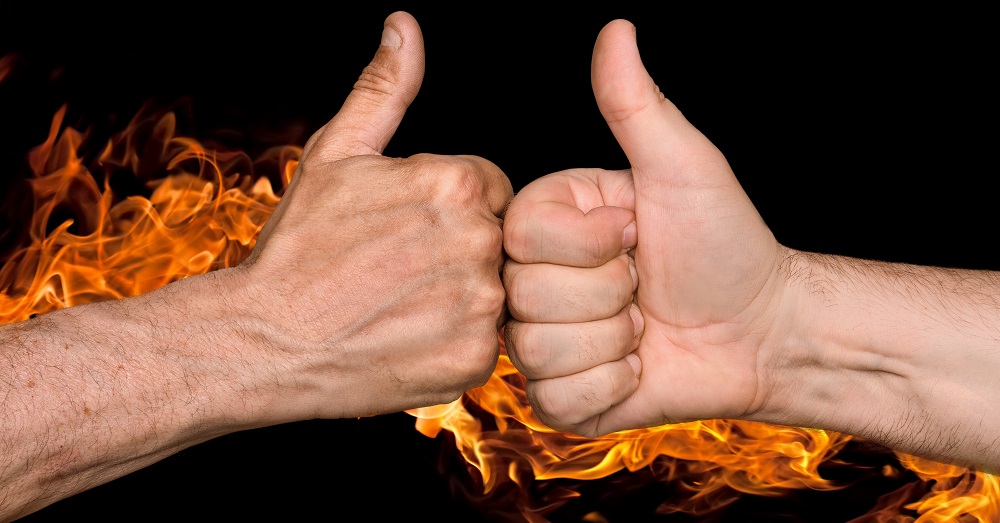 Word on the street in the SEO world is that Google just had a big algorithm update that is finally starting to match what they've been saying for a while: mobile-friendliness is important for search rankings.

The move was first noted by Bronco's update watch on January 26th. Speculation was that it had to do with changes to Panda, but on a Google Webmaster Help hangout, John Mueller ruled out a Penguin or Panda update.

Perhaps the biggest evidence was the Webmaster Tools message reported by many saying that their website was not considered "mobile friendly". When the algorithm update hit, many disappeared from the rankings.

It seems to be progressive as well; webmasters are reporting fluctuations in their rankings even today.

On Android search, there's a tag showing next to some of the listings called "Mobile-friendly" that you can see below on a search for "Automotive SEO". 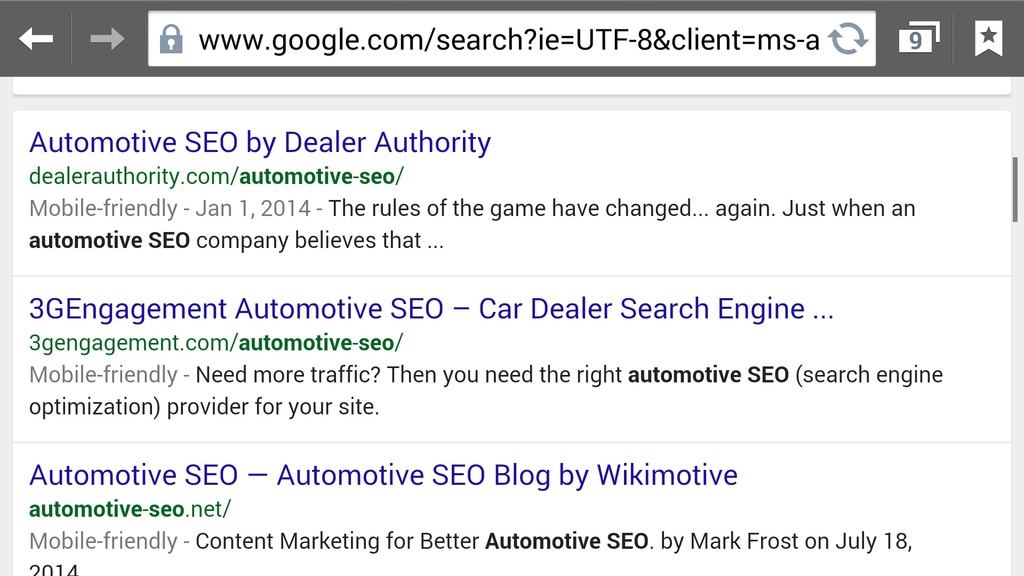 "If you see a notable decline in mobile traffic starting around January 24th, then that’s a good sign you have been affected. If that’s the case, then the best course of action would be to upgrade your site to a mobile-friendly design."

We've been promoting for a while that dealers need to make certain their websites are completely mobile-ready. We saw nice moves on our own sites as well as client sites that were on a responsive website design platform, which for dealers means using companies like FlexDealer, WorldDealer, or Dealer Inspire amongst others.

Check your rankings on an incognito browser on both mobile and desktop. There are reports that it only affected mobile, but we've seen otherwise with many of our clients. The ones on mobile-friendly platforms moved up!

We all know the world is going mobile. Google knew that before any of us. Now, it seems they're finally starting to do something about it.

Yep, it sure did. And this also means that Facebook and Twitter advertising becomes all that much more important, as the bulk of their usage is mobile.

Sorry DealerFire - I always forget to include you guys in the responsive discussion!