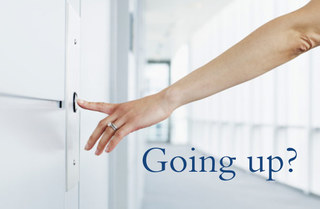 Please allow me to further develop this concept for you with a real world example.  Preparing to host a booth at a major trade show is like planning a platinum wedding where the company stakeholders are playing the role of bridezilla.  Bridezilla wants a champagne and caviar experience but wants to pay beer and hot dog prices.  Almost every developmental meeting prior to the “Big Show” there is a discussion about ROI and budget.  Pulling off the “Big Show” takes a small army of worker bees, all buzzing around in controlled chaos handling the multitude of details necessary to maximize a large trade show presence.

My first opportunity to play the role of trade show manager was after someone else had been planning for the trade show for six months.  This person left the company and created a vacancy that had an urgency to be filled just three months prior to the show.  I was young and inexperienced but had great organizational skills, so the role was given to me.  The group had a cohesion problem and quickly became a lesson in persistence, recovery and negotiating the minefield of personalities and agendas.  For three months, I felt trapped in quick sand and this experience left an indelible mark on my career.  We made it to the show and had some moderate success but not before I earned my first corporate nickname…the barracuda.

The following year, I was asked to spearhead the trade show project again.  After the previous years experience, I was reluctant.  I do like challenges and the desire to do better won me over.  I recruited my starting line up of worker bees and made the decision that no matter if some one leaves or transfers, we are keeping this group as one cohesive unit without any walk-ons.  No more wasting of time and resources playing catch-up or having clarity of roles and responsibility problems.  What a difference that decision made on our understanding of planning a platinum trade show even with stakeholders questioning each decision.  Not only was our ROI increased, I went from the barracuda to the trade show queen.

When considering project management, have a strong recruiting campaign for the right talent for your team and stick with that talent.  Do not encourage walk-ons as they will only weight down your progress.  Once the ball gets rolling and you loose a member of the team, reorganization of the division of labor is the smarter move over trying to bring someone new to the project up to speed.  Elevators are designed to go up and down, but when organizing a large project, even if you have to stop at each floor, you still want to always be going up.

Comment by Stephanie Young on September 7, 2011 at 10:15am
Bobby, thank you for the compliment.  It is a high learning curve.  Now that I have a few shows under the belt, I have learned to delegate...lol.

Jim, I can humble say I have never worked for an organization that has not asked me to do more with less.  Thanks for the high five band mate!

Tony, I often ponder that very thought.  The things in life I have had to work the hardest for are the things I cherish and take pride in the most.  No pain, no gain!

Marsh, lateral movement only works it you want to maintain the status of where you are currently situated.  Could not agree with you more, band mate!!!

Comment by Marsh Buice on September 6, 2011 at 4:52pm
Elevators move up and down but never sideways. Adjustments have to made which cause fluctuation within an organization- all organizations have peaks and valleys, but at least you know the vertical direction of a company. When a organization begins to move more horizontally and no longer vertically, the organization's overall success becomes impeded. Good thought provoking post Stephanie

Comment by Tony Provost on September 6, 2011 at 2:31pm
Stephanie- Why do people want the world, for free or very little expense? Then expect Super Bowl glory, RESULTS!

Champagne taste on a beer budget.....sounds like a LOT of companies...