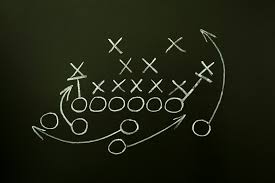 My 13 year old son has not had the best relationship this year with math. In short, math has kicked his butt so much so that he's almost given up. Last night I saw him sitting on the couch just staring at his math worksheet. Watching him out of the corner of my eye, he kept staring at it, but never would put pencil to paper. Noticing this, I sat down beside him and asked him to explain the worksheet to me. He stammered, muttered, and mumbled, but finally relented saying, "I don't know what I'm doing, Dad..." So I took the sheet, had him explain the little that he did know, and we worked through the problems on proportion together. Once we got a few of them figured out, the others seemed to get a little easier. Halfway through the page, I was back in the kitchen while he worked on the problems by himself.

This morning, he was up early, dressed, and ready to get to his first hour class. That first hour class is math. Armed with a better understanding and completed homework, Evan was showing up with a newfound confidence.

Your salespeople are much the same way only they're not sitting in math class anymore, they're participating in the school of life...and many days they feel like they're failing. They feel like they're failing because they're juggling the quandary of that if the month continues like it's going, they don't know how they're going to pay the rent, car note, lights, cable, and the cell phone bills-let alone the kids need new tennis shoes and their school pants are too short-and oh one last thing... the fridge is empty and there's only one pack of pork chops in the freezer. Barely keeping their fears at bay, they show up to work today only to see the rookie salesperson leading the board, their manager won't match a deal from the dealership down the street, the F&I manager refuses to bogue up an application, and every customer they talk to seems to have bad credit or is buried in their trade.

You're salespeople feel like they are failing-it's your job to show them that they're not.

When Coach Bill Walsh took over the San Francisco 49ers, one of the first things he did to build a dynasty was that he wrote out everything. When I say everything, I mean everything-from how a play should be perfectly executed to what each person's duties were in the front office and everything in between. Walsh even scripted how a coach should help a fledgling player get his confidence back.  Walsh wrote, that to help restore a player's confidence, the coach should start over and run basic plays. The idea is to keep things simple for the player and achieve small progressive wins that will eventually lead to monumental leaps in the player's confidence. As the player regains his footing, the coach can then ratchet up the complexity of the plays.

Your salespeople haven't lost their touch, they've lost their feeling-their feeling of confidence. With their emotions high and vision blurred, their confidence is incredibly low-as a leader when they don't believe in themselves you have to believe in it for them. To restore your salespeople's confidence, take the Walsh Approach and drill down to the most basic level and help them string together a battery of small progressive wins. Start with what they're doing right and help them pivot from there. For instance, if they're catching the Ups, but are not getting customers to drive the vehicle, briefly explain the importance to the test drive and have them focus on just that one goal. Once they get the demo down, help them focus on just the next step which is getting the customer inside and written up. Once inside, remind them that the customer will likely say no. Fortify them to expect and embrace the no-it's coming, be ready for it. The customer's 1rst No is a Notion-a vague, knee-jerk reaction; the second No is the customer's fear of making a decision; the 3rd No is generally the real root of objection that's keeping your customer from moving forward. And the 4th and 5th No's are the unpacking off of the 3rd No. Inch by inch; step by step; Up by Up, their only focus should just be the next step.

And if they only get through the demo...if they only can get to the 2nd No...if they can get one step further than they thought they could-it's a win and you need to let them know they're winning.

Now challenge them to get just one step further the next time...
I'll see you next time on the Blacktop.

@dE Thanks for the love! @Candace thank you for checking out :)

Thank you for sharing Marsh