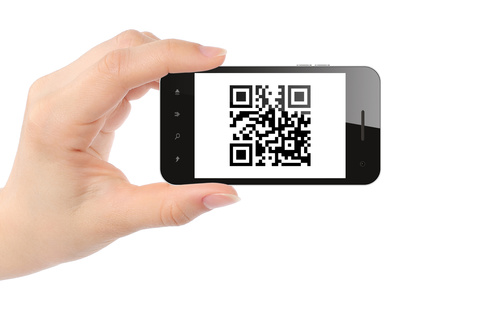 Have any of you had success with QR Codes? By some reports they are making a comeback. But, on the other side of the coin, on an episode of Shark Tank late last year, renowned venture investor Chris Sacca commented that QR codes are “the herpes of mobile technology.”

Yes, pretty harsh, but his words, not mine!

Technology is sometimes a fickle thing. In 1994, a company named Denso Wave created QR codes. Marketers were excited as this was an interactive and easy way to pass information onto the consumer. An interesting aside is that, according to an article on Gizmodo, Denso Wave was owned by Toyota and this technology was initially used to “track vehicles as they were assembled and to scan components at high speed.”

Over the years auto dealers have wavered on the use of QR codes as most consumers disliked the difficult process of scanning them. According to ComScore, by December 2011, seventeen years after their introduction, only 20 percent of Americans, 16 percent of Canadians, and 12 percent of Spanish and UK smartphone owners used QR codes at all, as they were far from user friendly. Cell phones required a QR code reader application and those were also hard to use. To compound the inconvenience, the smartphone needed a data signal. And, it wasn’t that long ago that many cell phone plans limited data usage and consumers were careful with their data. As a result, the QR code promptly lost its popularity with consumers and, if consumers weren’t interested, marketers certainly were not!

But now, it appears, QR codes are making a comeback. The question is “why?”

As smartphone technology and software has evolved, cell phone manufacturers are again looking at the benefits of QR codes. Marketers always need simple and effective ways to quickly and easily convey a lot of information to consumers. As the smartphone is still the best venue for that, phone manufacturers responded.

Two operating systems; Apple’s iOS and Android, account for 99.9% of all cell phones sold last year – a whopping 1.5 billion. As of Apple’s current iOS 11, all iPhones have the capability to scan QR codes simply by pointing the phone’s camera – no app required. And, from the iPhone 5s  on up, all iPhones can run iOS 11 and, well, Apple pretty much forces an upgrade.

Each Android phone running Marshmallow and above (which is most of them) has the same ability to simply scan QR codes. So, as of right now, pretty much every phone sold has the native ability to scan QR codes built right into it, making QR codes less of a hassle and easier for consumers to use. Add in the fact that  most cell phone providers now offer unlimited data, and that marketers, including dealers and OEMs, still need a way to convey large sums of information in relatively little space, and there is certainly something here to support the possibility that QR codes could make a comeback.

But, as with most technology, all is not golden. Chris Sacca has made it very clear that he sees no future in QR Codes. Perhaps he was referring to them being visually ugly and confusing for most users. He went on to say that: “the user experience sucks … it should be as simple as: buy some stuff, get a ride … period. Please, light the QR codes on fire.” And this is the guy that invested in seed and early-stage technology companies such as Twitter, Uber, Instagram, Twilio, and Kickstarter, investments that resulted in his placement as No. 2 on Forbes' Midas List: Top Tech Investors for 2017, so he seems to be a skilled predictor of trends technology-wise.

This certainly presents an interesting situation. Apple and Android predict a comeback for QR codes as a low-cost way for merchants to interact with the consumer’s device. However, a key thought leader thinks otherwise.

I would be interested in hearing your thoughts on this. Will QR codes make a comeback as mobile providers have simplified the process? Are they now, in fact, an efficient way to provide customers with rich information about a vehicle – new or used – without having to stock hundreds of boxes of brochures? Or, is Sacca right, and consumers have lost interest due to past bad experiences and should the technology be set on fire? Or, lastly, is there perhaps some middle ground where QR code technology needs further improvement before it is truly a useful tool for both dealers and consumers?

My company is using this technology to store VIN numbers.  We have our customers put a QR code on the inside/outside of the front driver's window of each vehicle.  When returning a car to the lot, each staff member is required to use our cloud-based app to scan the QR code after they park the vehicle on their lot.  When doing this the QR code provides a VERY FAST scan using the staff members smartphone camera.  This then checks the car into our system, turns the status as available, and we use the phones location information to correctly identify where the vehicle is parked for when the next staff member is looking for it.

If you compare and contrast scanning barcodes by using a persons camera on their smartphone, you will clearly see how fast QR codes are compared to any other printed barcode.

At Key and Car Tracking, we LOVE QR codes and feel they are the game-changing technology that was needed to allow us to efficiently track vehicles and their locations.

I have to say, being in the space - specifically for auto dealers, it did cause me some pause when I heard that comment. And, well, a bit of sweat to boot.

That said, back in 2010, a number of companies like Target, Best Buy, Macy's and Home Depot started using QR codes in their stores. They were not, however, using them in a generic or gimmicky fashion. They were using them in a way that was actually valuable to the folks scanning them and, again in my opinion, using them correctly.

Reason being, they were delivering information specific to the actual product the QR code was displayed with. Needed details and specifications about a particular product on the shelf? Simply scan the QR code to get information, at the point of sale, that aids the customer in their decision making process. A GREAT idea in theory.

Problem: Most everyone else was NOT using them in that way - including dealers (if they were using them). Again, the vast majority were simply linking QR codes to generic like home page addresses or gimmicky information, and people became numb to them. I believe THIS is what killed QR codes. No reward, plain and simple. And, of course, why take the time to scan a QR code just to pull up a website or a phone number when it can just as easily be typed it into your phone?

Back around the same time, we developed a system for car dealers based largely on what companies like Best Buy and Target were doing. Our system directed QR codes to specific vehicles on the dealer's website. The idea being, again just like those other retailers, to display a unique QR code on each vehicle that directed the person scanning to that specific vehicle on their website. A gain, a GREAT idea in theory but people just weren't engaging with them in the way we had hoped, assumptively for the aforementioned reasons.

Fast forward to today, I've been seeing the same data about QR codes making a comeback as well. I don't think we're there yet though and, frankly, I'm not convinced we ever will be - at least in the auto industry. Nonetheless, they are an easy and inexpensive tool to connect the real world with the virtual world and help bridge the gap between online and on-lot. At this point, however, we've shifted our primary focus from QR codes to text messaging (although QR codes are still included in our offerings - just de-emphasized significantly).

So, QR codes can still "work" when implemented properly because some people will, of course, use them. Add text messaging and you have a powerful dual information delivery tool for customers and a really great lead generation tool for dealers.