"The action of adjusting the distance between the lens and subject to make light rays converge to form a clear and sharply defined image of the subject". You probably are wondering "what the heck is he talking about?".... This is a definition from photography. Read on.....

Well, I get asked all the time by young wrestlers how I achieved success so quickly in wrestling:

"I started wrestling in 9th grade and didn't make varsity until 10th grade. The next year in 11th grade I was the state champ beating both the defending state runner-up and state champ. State champ again the next year in 12th grade finishing the last two years undefeated. Won the Jr. Nationals (beating a future 3-time NCAA Div-I champion) and beat a Russian in a N.E. Ohio vs Russia Junior Dual. Next year as a 18 year old college freshman lost an overtime split referees decision in NCAA Div-I finals. Next year, just 6 years after starting wrestling, beat Gable (he was the Olympic Champion 4 years earlier and was 26 years old) and and won NCAA Div-I championship, the 1st of three consecutive titles. Two years later was the youngest American Gold medalist in the world championships. Next year was America's first multiple-time world champion. Three years later was a 3-time world champion - the first American three-time world champion".

This is the most consistent thing I get asked. HOW?......? and not only wrestler or athletes, I find I get asked this HOW question by virtually everyone interested in HOW success is achieved.

For years I gave the canned answer of; hard work, sacrifice, dedication ... etc., But when I really thought about it I realized that it was all because of FOCUS.... I'll say it again... FOCUS...! 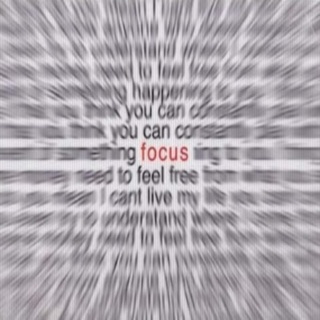 Sounds simple but it's probably the hardest one thing to do on this earth... Especially with all the things pulling for our attention on a minute by minute basis 24/7.

This post is an attempt to have you think about focus in a different way. The above definition, at the beginning of this post in red, defines focus as related to photography, but I think it frames what Focus is in all things. It was especially true for me as an athlete. How do you get "a clear and sharply defined image of the subject"? This is done in photography by "adjusting the distance between the lens and subject".

Watch how I relate this to focusing on a goal... The clearly defined image of the subject is your GOAL. The LENS is your MIND's EYE; and adjusting the distance between these to form a clear and sharply defined image of the subject is the process of "fine tuning" into your goal, or simply, how clearly can you see your goal is in your mind's eye. It's easier to believe you can accomplish something if you can actually "see it" clearly in your mind. If it's not clear in your mind then it's harder to see and believe.

It always amazed me that Eagles can clearly focus on a mouse over a mile away...THAT'S FOCUS. If the goal is fuzzy, then the effort and subsequent success is "fuzzy" too. For me my goals were laser sharp and crystal clear... I WAS SUPREMELY FOCUSED! ... and so was my effort that led to the success.

Tune in your FOCUS and you'll have your SUCCESS. Stay tuned for part 2 of the Key. The Key to SUCCESS.

Comment by Marsh Buice on July 5, 2011 at 1:24pm
Lee, wow great stuff! I love the analogy of how your inner lense-your mind's eye adjusts so you are able to be razor sharp in focus. I am reading The Power Of Focus by Jack Canfield right now which I am really enjoying. What amazing accomplishments in your life-the reason is due in large part to focus. I am inspired.