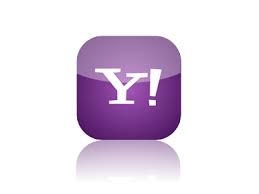 In a recent announcement by Yahoo CEO Marissa Mayer, it was revealed that Yahoo will soon stop allowing its users to login using their Facebook or Google credentials. This move is an effort by Yahoo to better control its content and services. On the surface, the move makes sense and doesn’t seem as if there would be significant backlash from consumers. Facebook and Google log-ins have become very prevalent over the past couple of years, accounting for 80 percent of consumer social logins. Consumers have widely adopted these because they allow easy access to many sites using one secure log-in. Forcing users, some of which don’t even have Yahoo accounts, to register and use those login credentials may hurt traffic and users may choose to patronize other sites with similar services.

Yahoo has seen its ups and downs over the past decade in web traffic. Since Marissa Mayer became CEO, she has guided the company back to become the most trafficked site in the United States, according to comScore data, even surpassing the search giant Google.

This is not the first such experience for Yahoo. A few years ago, in an attempt to increase traffic to it’s popular photo-sharing property Flickr, it dropped the Yahoo-only login requirement. In a 2012 article, Flickr’s product manager Markus Spiering said, “We don’t care so much about what kind of passport you have – a Google ID, Facebook.”  However, now, in one swift move, Yahoo has decided that it does, in fact, care.

Yahoo has some incredibly popular services including Flickr and Fantasy Sports, yet both of those services have very tough competition, from most major sports networks ESPN and CBS on the Fantasy Sports side, to Instagram, Facebook and others on the photo sharing side.

Convenience aside, social logins are attractive to users because they allow the user to share of photos and content with a wide variety of networks, without actually leaving the site they are on. By disconnecting Facebook and Google passports, Yahoo will effectively be isolating its visitors, and content, to its properties. With a billion people sharing content on platforms such as Facebook, Google+ and Twitter, a Yahoo user would now find it necessary to leave Yahoo in order to share that content.

Will this inconvenience detract from the user experience in a big enough way to actually deter users from sharing content originating from a Yahoo property? If it does, Yahoo properties may experience a decrease in audience. When users share content with their social networks, that content delivers more traffic to Yahoo. If people stop sharing it, it would seem logical that Yahoo would experience the opposite.

It’s obvious that Yahoo feels confident enough in the quality and value of its content and services that its willing to bet that any loss of traffic through defected users will be replaced by the increase of registered users on its site and, perhaps, to an increased loyalty base. It’s certainly a risky experiment. In our increasingly inter-connected world, choosing control over user experience could either be a huge mistake or a brilliant move. Only time will tell.

Thanks for Calling. Please Hold.

The Real Competition to Your Dealerships Service Drive/Quick Lane

Why Millennials Skip Your Service Drive

Why Millennials Skip Your Service Drive

The Real Competition to Your Dealerships Service Drive/Quick Lane