If the only place you’ve ever worked is for one of America’s car dealerships, then you may not be aware that other industries don’t reward those who steal from their coworkers. Only dealership employees enjoy the added perk of being rewarded for cheating each other at will.

We call it skating; and it works like this:

A prospect I assisted a few days ago (and properly entered into the CRM) arrives at the dealership while I’m at lunch. He asks for me, though one of my coworkers feeds him a line similar to this:

“Steve is actually off today, but he and I work together as partners. I can help you with your purchase and make sure he gets full credit.”

My “partner” sells the vehicle and attempts to further the deception by titling the car in the spouse’s name and/or by using a different phone number and email address than what I entered when the prospect first arrived at the dealership.

In every other industry this is fraud. Fraud, by the way, that would lead to an immediate termination if discovered.

When caught skating (a much better word than fraud, right?) in automotive retail, we “penalize” the skater by taking away half of the deal. That is, we split the sales commission between the person who should have been allowed to sell the customer (me) and the guy who lied and cheated and tried to cover up his lying and cheating to sell the customer (the skater).

This is how we treat those who steal from their coworkers in automotive. We give them half the loot… if we catch them.

There’s No Downside Risk, Is There?

The problem with trying to stop skating today is that there is no downside risk for the skater. Think about it:

They are incentivized to cheat.

This is what needs to change. I don’t know about you, but if I was running a dealership or group today, I would be tired of constantly splitting the baby. You know, the never-ending “he said/he said” debates where you ultimately just do what’s “fair” and give the cheater half the loot.

For the most part, skating is just the natural result of the rules (written and unwritten) that you have in place.

If there is one axiom more true in automotive than “people work their pay plans” I truly do not know what that might be. We create the skating, in effect, because our rules encourage laziness and reward skating. One common example is the 72-Hour Rule most stores employ to “protect” a prospect (while giving the salesperson absolutely no incentive to actually follow up):

I catch an Up on Monday and enter their data in the CRM; though I do not sell them a vehicle. The Up comes back on Wednesday (my day off) and buys. With a 72-Hour Rule in place at my dealership, I am automatically awarded half the deal.

I made no follow up attempts. I set no appointments. I got lucky this Up didn’t run into a real salesperson after they left our dealership on Monday.

The rules state that I deserve half of this deal.

It’s time to change these rules.

Here are my 5 simple rules for eliminating skating forever:

4. No prospects will be “protected” if they arrive on the salesperson’s day off; and no split deals will be offered on these.

5. Anyone who “Ups” and sells a protected prospect will receive no credit or commission for the sale unless (1) the primary salesperson was unavailable; and (2) a sales manager expressly assigned the prospect to the new salesperson.

Announce these today and begin enforcement in 30 days, and you’ll never have to split the baby again. I guarantee it.

Of course, for those of you who are quick on the uptake, you’ve also realized there are two additional benefits of these rules beyond the elimination of skating. These rules, if enforced, will compel your sales team to start making actual calls and setting real appointments.

Your floor team will begin following up with Be-Backs and their owner base. The Internet/BDC Team will start making actual phone calls instead of cherry-picking leads while spewing no-gross pricing from the safety of their email.

These 5 simple rules will change the culture of your store literally overnight.

But, like all rules, the first time you make an exception, any exception, you’re done. The rule no longer matters. It’s lost its teeth; and you find yourself once again in a he said/he said moment trying split another baby.

Not me. I’m tired of encouraging laziness and rewarding cheaters. 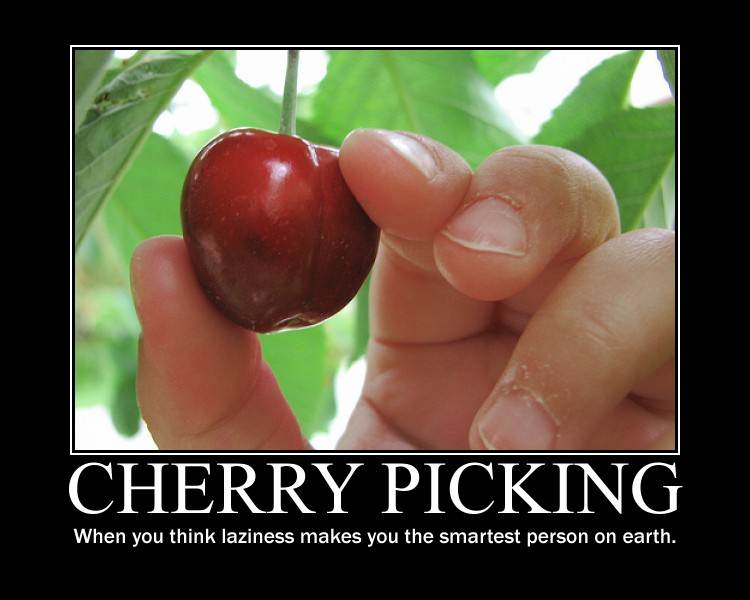 Thanks for your response, Steve, but I don't have a dealership.  I am a, pardon-the-expressiom, "vendor."  Have been for over 20 years, but I stay away from "recommending" anything not related to my field, which is relationship centered marketing, primarily for dealerships.  I guess I have an advantage as, before I respond to the posts, I always read the commenter's bio, thus I knew you are the Founder of Pladoogle.com, a firm dedicated to the advancement of dealership solutions.

My work is much too boring for a guy like you, but it does keep me busy writing and, as I'm primarily at my desk, it allows me to reflect and respond to the best of the posts I see here and on ADM.  By the way, I love hanging out in the weeds, as every now and then, I find one I can "smoke."!

My apologies, Brian, but I'm not the guy who has time to get deep into the weeds, so if you have additional questions about the effectiveness of these rules, I would encourage you to put them in place in your dealership. Give them an honest effort and strict adherence for at least 90 days, and then let us know your results.

I can only speak about what I've actually accomplished; and I don't like to discuss hypotheticals.

You are correct, I did not include the 20% uptick in my post. There are limits to what can be shared in a single article, and I try not to write entire books when posting a blog.

Suffice it to say that I have worked with many dealers who put these rules into place and who immediately enjoyed at least a 3X improvement in actual appointments shown and well more than a 20% increase in total sold units for the store. No "study," but more than one dealer, fewer than 50. Hope that helps.

Hey Steve, You threw me with that "Opinions vary" quote, but after I looked it up, I remember Patrick Swayze responding with it to a question of his voracity as a bouncer in "Road House," which interestingly is #3 on the list of the "Top 10 Worst Movies" (that can't be missed).  However, I did like it.

Now, where did this "minimum and immediate 20% uptick" come from?  It wasn't in your post nor in Mr. House's comments.  I will say that, if you're about to throw out some "study" that proclaims it, I've become a member of the "If you torture the data (statistics) long enough, it will say anything" club, a rather fast-growing organization created by the increasing use of data to reinforce almost any position, no matter how ridiculous.

And, don't worry.  No self-respecting GM could possibly take anything serious he reads here.  There's just way too much "pitching of the bloggers' agendas" going on in these posts to be creditible.  I am sorry to read you believe "Rules matter."  The only time they amount to anything is when they're believed in and adhered to.  And, having read Garry House's recent post on commission structure, I see why you value his opinion.

Having 20 years of high ticket retail before I did vehicles, I've never taken this business seriously (or foolishly) enough to proclaim anything is "lacking on nearly every dealership floor in America."  You and I both know that, with the number of dealerships here in the USA, there's more methods to handling problems than we could ever list.  Plus, if you're repping  or managing at a dealership, I'd say take the position of least resistance and just learn to work their system.  And, like I said in my comment and practiced in my car selling career, if I witnessed something that lacked intelligent thought, fairness, or was in any other way objectionable to me, I moved on to another dealership which inevitability turn out to be a better situation, as the more I learned about this business, the better my interview questions were.  (That "Rules matter" is funny.  My question about it is "to whom"?  The farther you go up any management chain, the less they matter.  I'm definitely not a political guy, but as an observer and because it's recent news, just look at how Hillary Clinton "followed the rules" with her Internet server.)

However, in the off-chance that a working GM takes your notes to heart, I am compelled to mention that if you believe a minimum and immediate 20% uptick in unit sales is "much ado about nothing," then I can only respond with Dalton's famous line "opinions vary."

Rules matter. Moreover, rules and processes that are strictly enforced create accountability (which is lacking on nearly every dealership sales floor in America).

Personally, I think this is "Much ado about nothing."  If you think this problem is exclusive to auto sales, evidently you haven't sold any other highline retail, as "skating" or what ever you call it goes on whenever a group of reps working for the same company stand to win or lose a worthwhile commission because they didn't close the deal on their first encounter.  As to rules, I think a dealership can set-up their own however they like. A good sales rep can easily work with them, and if they can't or if they feel "cheated," there's always another dealership right up the street.  From a rep's point of view, how they handle it is a pretty good measure of the "character" of the dealership.

Really, because there are countless different situations where this can happen, management should resolve each on its own merit.  That's what usually comes to pass anyway.  Working extra hours to be there when a customer returns is an integral responsibility to being a successful rep.  The big reason this happens in the first place is a lack of communication; between the rep and the customer (like setting an appointment, etc.), the rep and their management (being able to concisely explain why the customer didn't buy when they were first in, etc.) and the original rep and the rep he wants to handle the deal if he's not in.  I sold, and as painful as it could be, I accepted these kind of missed deals as being my fault, no one else's.

Of course, if you're of the currently popular mindset that "everyone should get a trophy just for participating," you'll probably disagree.  After all, assessing and respecting differing opinions is a cornerstone of DE.

Thanks Garry! As you may know, I truly value your opinion.

Thank you for sharing