GM: Why Customers Are Loyal Despite Recalls 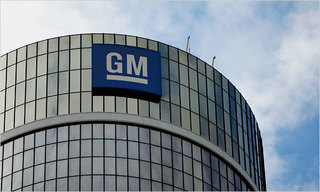 A recent article on the Huffington Post asked why consumers are still buying GM vehicles despite all of the recent recalls. There’s no question that there are many concerned owners of GM vehicles. According to the article, GM has “issued 44 recalls in North American this year, stemming from problems that have been tied to 50 crashes and 13 dealers, [yet] the company recently said its sales for the month of May were up 13 percent from the month before, the biggest May gain in seven years.” Common sense might lead a person to believe that consumers would become more hesitant to purchase a GM vehicle with all of the problems that are occurring. But the numbers indicate quite the opposite.

Loyalty doesn’t always follow reason. As the article indicates, there are many points that make consumers remain loyal in times of turmoil. One reason the article cites is ignorance of the recalls themselves. “Experts say about one-third of people with a vehicle affected by automaker recalls never bring their car in for repair.” Another reason is that people may perceive that these recalls are for vehicles made in the past and don’t apply to recent vehicles (which is untrue).

The last reason cited in the article is the one most likely to be the case: that GM has been successful at creating emotional bonds with consumers over time. Consumers are quick to back companies that have supported them in times of crisis, especially if the situation is handled properly. GM CEO, Mary Barra, has been running damage control well during her tenure. Her public commitment to identify any issues with GM cars and solve the problems seems zealous in nature at times. Many consumers are willing to forgive companies – especially companies of which they are already brand loyalists – if the company is willing to back heir product quality and rectify the issues.

Think of your favorite store. You may love shopping at that store and patronize it frequently. Perhaps one day you have a problem with a product or a bad experience. If handled properly and made whole, your opinion of the business may even increase. People understand that nobody is perfect. All they want is to know that the business cares about them as a customer and values their business enough to fix the problem.

GM has certainly experienced very trying times over the last 6 years going through bankruptcy and requiring the government’s assistance. It will certainly be an uphill battle to regain consumer confidence in the quality of their vehicles. As a society, however, we tend to have short memories. While GM will be forced to be more vigilant in vehicle quality and customer retention efforts, those efforts may prove to reinforce the emotional attachment its current brand loyalists possess and also earn it some new ones.

Great article, Mike. Thanks for sharing it here.