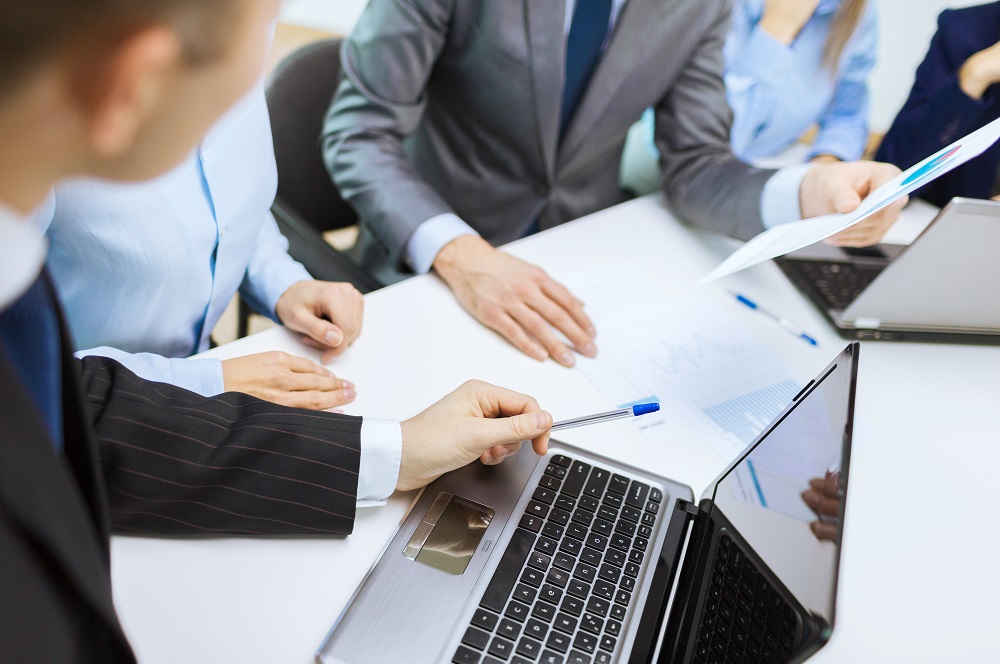 It’s amazing. And I’ve seen it a hundred times. They don’t realize they’re doing it but they still do it. That’s for sure. I heard a salesman with his chest puffed out (as it should be) reliving the story of a terrific job done with the happy new owner of a car. The salesman DID do a great job. These people were cold to begin with and initially he could barely get them to part with their names. They wanted a price only (no need to see a car today) to compare with the countless quotes the husband had tucked away behind his pocket protector.

They didn’t like or trust car salespeople and were happy to share this point with him. He then found a seed of common ground and built on that, getting them to open up a bit. They agreed to a test drive. He went twice as far as normal to use the time to get further related to them. He asked them things that created fantasies of what the friends and neighbors and their kids would think and how the first road trip would be in their new car. He showed them every button and everything under the hood. He physically got into the trunk and lay down to show off all the space. He created a story to put each benefit into their realm of understanding. They would now feel almost incomplete without those benefits. He sold the dealership and service department. He created a relationship.

He ignited desire and the price fell into line because they had places to go in this car! They left happy and will be his for life. He was damn proud and deserved to be. He accepted full accountability for this result. Makes sense, yes?

Two days later, he’s complaining. Very thin traffic. The people he’s been waiting on just aren’t getting excited. Morale is down. Another salesman quit today. “That’s how bad it’s getting around here.” He’s going to have a weak paycheck.

Management, inventory, advertising and the giveaway competitor up the street are all on his nerves. This man is a good salesman from a closing standpoint. He’s good. Not stellar. Good. He did a stellar job with a couple a few days ago but he’s still just good. Why? Accountability. Just a tweak and he’s great

With an accountable attitude, his thinking would be more like: “Man, I used to be weak on my prospecting and follow up but now that I’m stronger with it, it’s really going to pay off! I won’t be in this position this time next year!” And, “I’m not doing well with the customers I’m getting. I should review what happened and see where I can improve so I don’t keep losing them.” Sound corny? Maybe. It just makes you more money, that’s all.

I believe that if you don’t take accountability for EVERYTHING (and I mean everything), you can’t be a master at your craft. This is a craft. Sure there’s some luck in selling, but no amount of luck will get it done for you month after month, year after year.

Here’s another line to highlight: You have to make a decision now. There’s going to be a lot of making decisions “now,” along the way, while reading this book. You can’t wait until you’ve finished the book to get your career started! Plus some of the things we talk about, if you can “believe it before you see it,” will begin to work BEFORE you understand it. One of my favorite authors, Dr. Wayne Dyer, says, “You’ll see it when you believe it.” I’ve seen this proven right a thousand times. First choose your beliefs and then the evidence to support that belief will appear.

Remember, it’s now 18 years since I built that house. It took me a long time to break down and analyze what had actually occurred. Things will come together for a long time after you’ve completed this book. Understanding it completely is NOT key to it working. Starting something NOW for damn sure is!

The decision you have to make is to be accountable for everything. Wins and losses.

“The event is not important, but the response to the event is everything.” — I Ching

This is where you get to CHOOSE how you feel. Below are some ways to look more deeply at an issue. (Excellent idea to repeat verbatim where applicable. We still have to talk about the subconscious. The following alone, when faithfully used, has made tremendous differences for people.)

You need to make a decision to accept accountability for EVERYTHING as it relates to your career. I know that it works in the rest of your life too but I can best attest to how it affects salespeople. Stay out of the blackout gang (complaining co-workers). Are those other guys and gals who are standing around complaining going to get you to your specific and pointed goals?

If coworkers sit down for a visit, are you politely asking them to let you work, or are you allowing your day to be spent by them? More on that soon. What are you using your life for? Only you know what money means to you. If you love it at your store and never want to retire, that’s FINE. Are there others (known to you or not) you’d like to help out? Would you simply like to use your time more wisely? A customer who takes hours to close and turns into a deal is ALWAYS easier than one that doesn’t take long, but walks.

What if you waited on the same amount or less people but sold many more of them? This isn’t more work, it’s less! Plus, you’ll be building that many more relationships as there are very few deals without them. There is no downside and it has nothing to do with greed. Giving to charities or directly to needy families or your church or temple feels good, and it is good. I’ve given more since retiring than some salespeople earn. I like to have that ability and I like that it’s happening. If I could work the same hours and not retire, keeping all things equal but earning more to donate, it would be worth it.

Maybe a waterfront house with a boat and a convertible and the time to enjoy it sounds great to you. Maybe “things” don’t flip your switch at all. It’s not all about “stuff.” Supporting charities is a priority to my wife and I. Also, we have a special needs son who has been very expensive for over four years now.

My wife and I have been to an alternative medicine doctor in Hawaii, to Johns Hopkins in Maryland and everywhere in between talking to doctors and trying many things that insurance doesn’t cover. We even considered moving to Poland to be near a clinic for six months! Thank God for the money to pursue every avenue for my son. Like Forrest Gump said, “Money isn’t everything, but it is one less thing.”

I can assure you that the decisions and attitudes discussed above will make a tremendous difference in your income and life enjoyment. If it’s not fun, what’s the point?

I concur with @Robert, this is an excellent post. I too will share this with my dealer friends!

Accountability is everything!  One of my favorite quotes is “If you want to keep getting what you are getting…keep giving what you are giving.”  The results will be commensurate with the effort.  Make a decision to be great or at the very least, pursue the greatness that is! Thank you Jeff for the post and for allowing me to contribute my two cents.

Here are 7 simple rules from the book “The Slight Edge” by Jeff Olson.

Fantastic post!!!  I will be sending the link to some dealer friends!