How To Put Together a Kick-Ass Sales Management Team

AS AN EXECUTIVE MANAGER, WHAT DO I EXPECT OF MY TEAM?

My concepts include management is every manager's job description. Every manager is a specialist with a specific area of responsibility BUT anytime something needs to be handled, it is YOUR responsibility.…

THE BOGUS APPLICATION OF ATTRIBUTION AND INFLUENCE

I probably speak to more than 100 Car People every week on the phone AND dozens more on the keyboard.

HOW DO YOU BREAK INTO MANAGEMENT IN THE CAR BUSINESS... AND HOW DO YOU ADVANCE IN YOUR CAREER?

JIM ZIEGLER NEEDS YOUR HELP ... THIS WEBINAR IS COMING UP THURSDAY  AND I AM ASKING MY FRIENDS TO HELP GET THE WORD OUT. PLEASE, RE-POST THIS EVERYWHERE AND INVITE YOUR FRIENDS AND CONTACTS TO SIGN UP FOR THIS WEBINAR... THANKS -…

So YOU Want to Be a Manager - Can You Cut It?

SO YOU WANT TO BE A MANAGER... do you have what it takes?

First time in a long time I've been able to time stamp my Good-Morning Message at 5:30 AM. .... My visit to the Back Surgeon yesterday as an outpatient has me up and…

I JUST GOT YOUR RESUME’ SO… You Want To Be a General Manager or a GSM?

How Do I Perceive your resume? This is for Automotive. 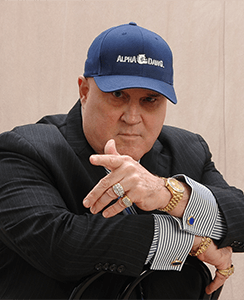 First of all... I always check "Employment Gaps and…

Leads from Lead Providers have a known probability of closing. Some leads close at 3% and other leads have a probability of up to 18%, and the lead providers know which are which.

LENNY GETS A DO-OVER

LENNY GETS A DO-OVER

Those of you who are closest to me, you know that Len Bellavia is one of my better friends in this business. Not only is Len my personal attorney; he is perhaps the best Dealer Lawyer in the business.

When You Pay Peanuts - You Get Monkeys

Wanted unambitious person sales position. Low Pay - Long Hours - Must Work Nights and Weekends - AND must be able to withstand consumer abuse and ridicule. You must be educated, and clean cut, well dressed with no drugs or bad habits. People with families preferred.

WHAT HAPPENED TO THE GENERAL MOTORS’ USED CAR PROGRAM –HOW IT WAS BORN - A MODERN CAR GUY FABLE
Once upon a time there was a bunch of executive morons who really disliked and disdained their dealers because they were so superior and so much smarter than the dumb-ass dealers. Especially the little vertically-challenged Brit with the Napoleon complex,…
Continue

THE WORST DISEASE A SALES PERSON CAN CATCH

THE WORST DISEASE A SALES PERSON CAN CATCH
**************************
Have you caught a disease? Sometimes, a seasoned professional sales person falls into the trap of catching the disease known as "EXPERTISE".

As a salesman myself, I would occasionally catch a bad case of “EXPERTISE” and had to push the “Reset’ Button. As a manager, I’ve seen it repeatedly through the years.

It’s No Huge Secret that I Dislike Vendors Having Access to a Dealership’s DMS Computers. The majority of Companies Rooting Around in the Dealers DMS are Stealing Your Customer Data, Transaction Data, and even Financial Data.

Let’s Face it, Most Vendors Accessing the Dealership’s Computers are Up To No Good. What They are Doing Betrays the Dealers and The Customers that Buy the Cars Thinking Their Data and Information are Secure. Nobody I know told…

Jim Ziegler Helping Edmunds Get Their Message Out There

“Stoopid is as Stoopid Does.”

The words you write reflect on you and take away from whatever message you’re trying to say. Learn the few simple things I am writing about here…

WHEN SHOULD YOU FIRE A SALES PERSON?

WE ARE ENTERING AN ERA OF CRM DOMINATION

- BY JAMES A. ZIEGLER, THE ‪#‎AlphaDawg‬

Third party Vendors are waking up to their worst nightmare. The party is almost over and we're turning the lights on. They…

ARE GM RECALLS STARTING TO HURT SALES FOR GM DEALERS?

Initially the answer was NO it really didn't have any noticeable effect. BUT recently I've had a lot of dealers starting to tell me that the customers are beginning to defect because of the repeated bad news and new recalls almost daily. Personally, I think Mary Barra is doing a remarkably credible job…

Jim Ziegler wants to know "CAN LINCOLN SURVIVE?" UH-OH THIS ACCIDENTALLY GOT OUT EARLY

CAN THE LINCOLN FRANCHISE SURVIVE?
uh-oh! This promo video I cut today accidently got released all over the Twitterverse before the article actually came out. I never dreamed when I put it on YouTube that people would pick it up and re-broadcast it on Social Media. it wasn't until the phone calls started coming in…

How many Vendors is YOUR DEALERSHIP Paying who are Selling your Customer Data to Other Vendors for Cash?

So once again I ask the question at the heart of the matter.... Mr./MRS…

DID YOU AUTHORIZE YOUR INVENTORY TO BE POSTED ON ANTI-DEALER OR HOSTILE WEBSITES?