WHAT HAPPENED TO THE GENERAL MOTORS’ USED CAR PROGRAM –HOW IT WAS BORN - A MODERN CAR GUY FABLE
Once upon a time there was a bunch of executive morons who really disliked and disdained their dealers because they were so superior and so much smarter than the dumb-ass dealers. Especially the little vertically-challenged Brit with the Napoleon complex, he was the smartest and most arrogant of them all.
What happened is pure and simple. General Motors sold all of the fleet and rental cars to the fleet and rental companies TOO CHEAP... now remember, they have to buy them back at an agreed amount. They also set lease residuals too high.
Woo-hoo we sold a lot of cars they laughed and danced and patted themselves on the back… party-on Garth. Look at these sales figures, we’re friggin’ geniuses.
BUT then! The time arrived for them to have to take back these fleet and rental cars. So they sent these over-priced puppies to the auction and ended up bringing most of them back unsold cause they were way-y-y-y-y-yyy too high in them. Oh no! we’re losing our corporate ass on these cars now.
OKAY, said the head guys and gals at Renaissance Center as they scratched themselves at both ends. What do we do now?
Then somebody said... "Hey, let's screw over the dealers and make the dealers eat it." They all applauded. Brilliant idea, it’s worked so many times in the past.
Somebody else said... "Hey we also have this failed bullshit Shop-Click and Drive program that has been a real cluster since day one... Let's make the consumers and the dealers use our bullshit Shop, Click, and Die Program to justify the millions we wasted on this dumb-ass idea...
Hell, it's so stupid; we've even got Toyota trying it now. They even followed us down the toilet with the Saturn Idea with Scion.
Okay they all agreed, we’ll tell the dealers it’s customer-driven and use a lot of customer friendly buzzwords that we know are bullshit to cover up the fact we’re shoving our losses down our loyal dealers’ throats, justifying our stupid ass Shop, Click and Drive and stealing yet another profit center. We are so friggin’ brilliant… okay Bonuses for all of us!
The End! 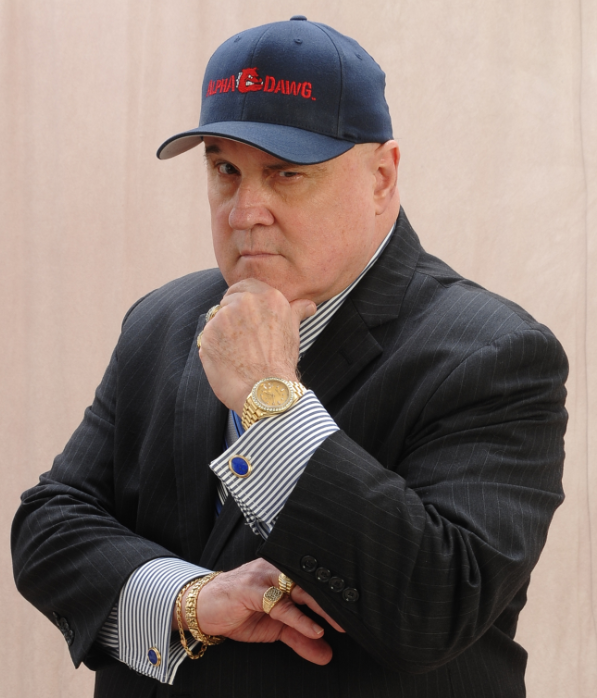 The bottom line is that this manufacturer has decided that dealers need to absorb their losses on fleet inventory which, frankly; is NOT the dealers' problem.

So far less than 1/4 of the GM Dealers have signed up for this abortion. GM can't stand the strain that they've literally pissed off the majority of their dealers again and if the dealers don't play, they're going to continue to eat these losses. Things I have written in the past have had hard-hitting results... and even then people said I was howling at the moon. We'll see. This article has gone viral in the grass roots. Dealers and others are forwarding it from one to each other.

A great read Alpha Dawg!  Written in your own inimitable style, always entertaining and educational.  But really Dawg, don't you feel like you're "Howling at the moon"?  You know when you begin complaining about how the big boys make their money, it reminds me of Peter Finch being brought before Ned Beatty in "Network," and the tirade that followed.  (And, in the end, they even put a "hit" on him.)

Unfortunately, if the OEMs begin smelling real profit in this, they'll follow GM's lead, especially if GM begins "twisting the screws" on their dealerships to "join up," and participation increases.  I'd think the only thing that could back this off is if enough dealers complain, but even that's dependent on how much money GM is seeing.

Do you think Ford, Chrysler, Toyota and Nissan will follow through with this kind of program???

How many dealers have refused to sign up for this? What reaction are you getting from the manufacturer?

THIS IS ALREADY GENERATING A LOT OF HEAT. GM IS FURIOUS WITH THE DEALERS BECAUSE THEY ARE NOT SIGNING UP FOR THIS. THIS ARTICLE HAS GONE VIRAL BEING PASSED AROUND FROM DEALER TO DEALER.

- This is getting hot, look at Automotive News, there were more comments on their article about this than I ever remember seeing on anything they've ever done

Though not in these exact words, this was similar to my first reaction to the GM announcement that they intended to sell their lease turn-ins in direct competition with their dealer network. Having managed the teams that have responded to hundreds of Shop Click Drive leads, very seldom did I find a consumer had used the tool with the understanding that they were buying a vehicle online.

I would certainly hate to be a conscientious used car manager who suddenly realizes that my OEM has decided to make me compete directly with them on similar models in my inventory that I have taken the professional risk to stock and prepare for market.  This can't possibly end well

I attended the recent FTC "work shop" in Washington DC recently.  It amazes me how many people, from academics to politicians, to consumers, think franchise law is what prevents auto OEMs from selling direct.  I guess they've never heard of the Sales and Service Agreements, without which a business  person would NEVER invest millions in facilities and take the financial risk to represent an OEM.  If all of the franchise laws were wiped out over night, the Sales and Service Agreements are still in place.

The GM PreOwned program wasn't mentioned at the FTC event, but the desk was stacked in favor of the pro Tesla/Direct sales advocates.  We were told it would be a fair hearing.  I submitted seven questions to the various panels.  All were ignored.

Tesla was featured and their attorney made his case with no real challenges allowed.  I wanted to ask how many rational business people would invest in a Tesla franchise if one was available when the viability of the franchise could change based on the next Presidential election?  The big tax incentives go away, and where are you?  And isn't that really why Tesla wants to control its own sales points, at least in the beginning.

I'm for seeing Tesla succeed or fail in the market on its own and think Tesla should be allowed to sell its vehicles the way it wants to.  But I don't want them to receive any favored treatment.  For example, if a legacy dealer is required by a state to have a service department attached to a new vehicle sales facility, so should Tesla.

One wonders why the geniuses at the legacy OEMs keep trying the same BS stuff over and over again.  They think people buy new cars the way they answer survey questions.  They don't.

Jim, that's the problem with most OEMs and large dealer groups. Greatness within the upper echelon and then a bevvy of managers just trying to make themselves look good (rather than trying to do good).

You know Steve, Mary Barra is an extremely competent leader surrounded by a lot of dead-weight incompetence.