I had the luxury of being able to watch a rookie sales manager T.O. his first customer and it reminded me of a few things I've learned along the way.

He was our top salesperson for a few years and took a promotion to management recently. He's good at what he does and it was natural for him to go out and perform his first T.O. When he went out there, he went with confidence and purpose. He wore his best smile and greeted the customer professionally. Where he was located in the showroom, I couldn't hear the conversation, but I was able to watch the body language conversation. He sat just across from the with the salesperson standing up next to his customer. There were smiles, frowns, hand gestures, and of course finger pointing to the sales worksheet. It was obvious he was doing his best to close the sale. Watching the "conversation" unfold was intriguing to watch.

When I was an F&I manager, I had to help close many deals on the floor. I have to tell you, I wasn't that great. One of my colleagues observed me a few times and was disappointed. After a few so-so T.O.s, he called me to his office. He 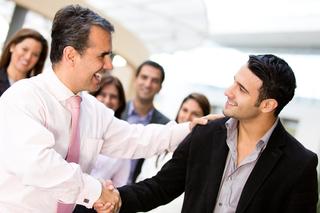 asked me how I felt speaking with the customer. I said fine I guess. He then stated I didn't look to comfortable and seemed to be a little confrontational. And for those who know me, I'm NOT a confrontational kinda guy. So what did I do in the face of positive criticism, I got confrontational. He stood up from behind his desk and walked around to the chair next to me. He placed one elbow on the table and turned his head to my while making a fist into his cheek. He then took a piece of paper, wrote a few numbers down on it, and started to explain the fake deal he just jotted down. Afterwards he asked, what was different?

This was my first lesson in the art of the T.O. When I went out to T.O. my next deal, I sat WITH the customer rather than across from him. We collaborated and came to an agreement. We shook hands and the deal was made. From then on, I never sat across from a customer again when T.O.ing a deal. What a difference it made!

So I ask you, dE member, please comment on this blog with your best tip to share on how you T.O. your deals!

Good dialogue here. A couple of points. Make the T.O. in the beginning. Sales managers should greet customers with salespeople. Secondly, if you are making another T.O. at the end then make sure you recognize body language differences between men and women. If you are a man selling a man, sit down and begin dialogue and ask questions. When you begin to go over the numbers, then slide your chair toward the man and ask him to do the same. If he is comfortable he will do the same and the positions will be less advesarial. If you are a man selling a woman, I would not advise you to move your chair towards the woman or be side by side. I believe you should sit directly across from her. There are reasons that date back centuries for this but the main thing is that it can make woman uncomfortable. Let the woman close the gap of distance. A T.O. should be about finding hearts and minds first before figures. 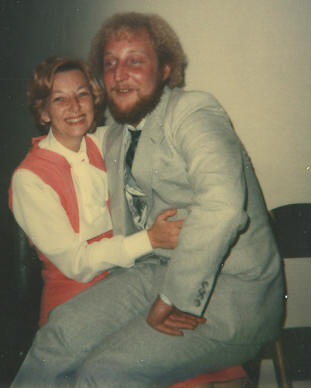 Glad you saw the humor in that remark.  Thanks for clarifying!

I am surprised there aren't more pictures floating around of you sitting on the laps of all those ladies.
.

Thx everyone. I love the comments and you all made some great points! Jason, I always sit on the wife's lap :) Thx Marsh. I love reading and watching your stuff. You're a true pro!

There is probably nobody of more value in a dealership than a good T.O. Person..In my mind, 1st of all you have to get your sales force to buy into the concept 100%..If it looks forced, if it looks like a drag to the salesperson, it will undermine the whole deal..sometimes I have worked with salespeople who act as if it is an insult to insist on the policy of somebody else meeting each and every customer who walks into the dealership..like, if they cant sell the customer, nobody can..2ndly, it is imperative the T.O. person knows the strengths and weaknesses of his/her salesforce so quickly they can size up where they are at in the process and move into an area that my be a hangup including taking a step back and verifying if the right selection has been made..3rdly, I agree with Marsh that the earlier you intro yourself, the better..checking into to see if all is well, and a perfect time being when a trade is being evaluated..and finally doing all you can to move the sale ahead some..even if not totally closed, and a determination is made that it cant be right then for whatever reason..leaving it better than it was..The theme of the whole deal is that you will never have a better chance to make something happen than when the customer is there in front of you, so you have to do all you can to maximize that opportunity!

This is great advice, body language says a lot about who we are. As a customer I subconsciously feel more at ease during a close. It implies a sense of trust that the person closing is going through this transaction with you! I also recommend that the final close is properly paced.

Comment by Marsh Buice on December 1, 2013 at 6:44pm
Mike, great topic and one that will have tons of comments I'm sure. Before I start a deal I'll go in an introduce myself letting them know I'm working the deal for them and if they need me I'm right there. I do that to get a feel and read on the type of person I'm working with. (Scared, tense, happy, laid back, etc. if I don't get the chance to meet them before working the deal & have to go in, I don't let the sp " infect" my state if mind (usually with negativity) we just roll out and try to put it together. Because people mirror others, I'm the first to set the tone by smiling warm and remaining friendly (my size disarms many to my credit. Often I'll go in and, like you either sit on the same side of cust or even kneel down next to them (psychological act of submission)& try to work it out. The TO has such an art to it but for it to work effectively the cust has to be inside. If sp can't get them inside our odds drastically fall. Great blog bro.

Comment by Dan Culbert on December 1, 2013 at 6:26pm
Agreed, always the same side of the desk. Rule #2: Relax. Rule #3: Forget everything the salesperson has told you. Rule #4: Listen. Make a friend.
The client will tell you how to close them.

Smile and be energetic, but not over-the-top.  We may need to switch into an empathetic mode shortly.  Confirm what you know and quickly find the missing piece keeping both parties from an agreement. Something is standing in the way of a car deal and no amount of persuasion will mask the issue.  I recommend going in to find the problem.  Asking questions to determine how the customer feels about their visit and if they accomplished everything they hoped to during this visit is a great place to start.  Did we find the perfect vehicle is one of those questions that tells you what you need to know.  If yes, we will make a deal.  If they hesitate, the sales person did not do his/her job.  Pretending there isn't a problem if the vehicle isn't perfect is a bad plan.  Uncover the objection and put it to rest.  Excellent TO's occur when the sales manager quickly bonds with the customer and listen.  This gives hope and builds trust.  Relaxed confidence with a humble approach is my stance before entering a closing situation.

Mike, I like your point about being on the same side of the desk.  How does this work if there is a husband and wife there to make a purchase?  Who is the lucky one that has you sit on their lap?  All kidding aside, where you sit in relation to the customer seems less important to me as the feeling you create in the minds of your customer.  Approach determines feel.  I love the saying perception is reality.  If the customer feels like you are on their side, then it doesn't matter where you sit.