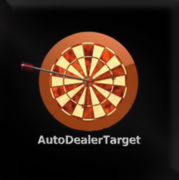 This Group is Designed to demystify Craigslist.  Two possible reasons for not creating a productive Craigslist presence are Fear of Craigslist being only for Individuals (not true), and the Hassle that comes with manually posting.

You're Invited! The Roundtable, hosted by Tom Kain and John Miller of AutoDealerTarget is broadcast live each Tuesday night at 10pm EST. Once a week Tom & John will spend one hour on a Google+ Hangout with special guests from the automotive industry and dealership professionals in a roundtable setting, sharing great ideas, best practices and learning from many of the most successful and brightest minds in our industry. When: Tuesday Oct 11, 2011 - 10:00PM EST Place: Google Hangout, Live Broadcast at http://autodealertarget.com/roundtable Guest: Dennis McGinn, CEO of RapidRecon (http://rapidrecon.com) Topic: Vehicle Reconditioning - Eliminating process gaps to improve profit margins. If you would like to join in on this weeks roundtable discussion, please comment below and we will add your name to the invite list. We only have 7 spots available, however you can watch live and communicate with us via chat at http://autodealertarget.com/roundtable

See Full Blog Post Full Screen
Have you been looking for some good news?

Let's look at the automotive sales numbers since 2007. The 16, yes that's 16.4 million sold on or about march 2007.  Notice that 2009 is the most recent bottom.  It has been stated that the average age of an automobile in the Unites States today is 11 Years.  If there has ever been stagnant demand for a product, it is now!  This should be a rallying cry for any sales person or sales manager in the auto industry today.
Do I think that 2011 4th quarter and 2012 will be back to the "glory days" of 2008?  Not now, and sincerely, I'd rather not ever go back to a frenzied business climate such as that.  Quick rise often leads to equally quick descent.  I do however, hope you would consider; if there positive momentum in the automotive industry and there are jobs being created in automotive (please read the post below for job creation claim) manufacturing, now is a good time to experience equal or greater growth for yourself and for your dealership.
Salespeople, I am talking to you.  If you have remained effective in this selling climate, odds are you can thrive in an environment fueled by positive feelings and actions toward your industry.  It is time to put away the grey clothes & sad faces; get brushed up on training, practice being positive, professional and highly productive.  This economy will turn it's self around.  It is going to take each one of us.
Managers, It is time you spend time motivating, holding your people accountable, training the troops and spending time with customers.  Now is also time to make certain that Marketing is in place.  Seek out the highest ROI first.  Years ago when you stopped advertising you may have just placed an ad in your local newspaper, ran T.V. or Radio spots or purchased some internet leads.  It is no longer that easy.  If you haven't been engaging in social media in the downturn, then you are behind.  If you haven't been focusing on your own website, you don't have a second to loose.  Fast times are approaching, and the prepared will make the best of the impending up serge.
If you could use a hand with any of the areas I mentioned above, Contact me immediately.  I have experience, interest and resources to put you on track before it is to late.
You may comment on this post to reach me or please call 864-254-8012, or email me johnmiller@autodealertarget.com.  Tom Kain and John Miller have formed an experience bank that will lead to HUGE ROI for your dealership.  Let us begin sharing with you as soon as possible.
John Miller
AutodealerTarget

A jobless recovery? Not for us

» Can You Avoid Costly Upgrades with Cloud ERP?
» The Power of Real-Time Manufacturing Data
» Ten Critical Questions to ask an ERP Vendor
» Free Analysts Report: Top ERP Solution Providers
Follow Automotive News
You know the talk about a "jobless recovery"? It's not true in this corner of the economy.
The U.S. auto industry is hiring. General Motors, Ford, Toyota, Honda, Nissan and numerous suppliers indicate that the auto sector is expanding manufacturing to prepare for a more robust economy in the year to come.
Toyota is one month away from opening an auto plant in Tupelo, Miss., that it put on the back burner in 2009. David Copenhaver, the plant's vice president of administration, says 1,000 recent hires already are assembling preproduction Corollas. Toyota has begun hiring another 1,000 workers for a second shift that will come on line next year.
Honda intends to add a 1,000-worker second shift building Civics this year at its plant in Greenville, Ind. Honda also said last month that it will spend $50 million and hire 100 workers to expand transmission production in Ohio from 800,000 units a year to 1 million, as part of a three-year, $400 million multiplant upgrade there.
Ford is wrapping up its hiring of 1,800 workers for its renovated assembly plant in Louisville, Ky. About 600 of those are new hires; the rest are workers called back from layoff or transfers from other Ford plants.
GM and the UAW reached a labor agreement last month that will create or preserve 6,400 U.S. jobs, with a potential for 760 additional new jobs.
Among a slew of new manufacturing projects contained in the agreement is the restart of GM's idled assembly plant in Spring Hill, Tenn.
Nissan is considering building a new small Infiniti hatchback in the United States. If it gets the green light, the hatchback will be the fourth model Nissan has added to its U.S. factories in recent years.
Nissan is spending $1.6 billion to introduce the electric Leaf and battery manufacturing in Smyrna, Tenn., along with the Rogue cross-over and the upcoming three-row Infiniti JX crossover.
Some of the hiring aims to meet immediate demand. The industry is still restoring some jobs after slashing many more during the recession. And suppliers and automakers are gearing up in part to rebuild inventories that were depleted by production shortfalls after the March 11 Japanese earthquake.

The U.S. auto industry lost 331,000 jobs from 2006 through the trough of the recession in 2009, according to data compiled by the Center for Automotive Research in Ann Arbor, Mich. Since then the industry has restored 24,500 of those jobs, CAR data show.
"Now that we see the economy returning, at least midterm, we see more auto sales coming," says Ron Lietzke, spokesman for Honda of America Manufacturing Inc.
But the current hiring goes beyond a short-term inventory restocking.
The interruptions after the earthquake left many manufacturers worrying about relying too much on far-flung supply chains. And the rise of the Japanese yen against the dollar also is roiling the industry. Both concerns have senior auto executives more willing to consi- der manufacturing in the United States.
The yen historically has traded for more than 100 to the dollar but currently trades for about 77 to the dollar. That exchange rate chisels away at the profit margin of vehicles built in Japan and sold in dollars, and it makes North American production more attractive to companies that export parts or vehicles from Japan.
At the start of this year, Nissan declared that it wants to move more production from Japan to North America to ease its currency burden.
By 2015, the company wants 85 percent of the vehicles it sells in the United States to be built in North American plants, compared with 69 percent now, and it wants to reach an average of 90 percent local content on the vehicles it builds here, compared with about 70 percent now.
Nissan CEO Carlos Ghosn warned last month that if the currency situation doesn't change in the next six months, Nissan could be forced to take more steps.

Colin Dodge, chairman of Nissan Americas, says there are a number of production-site possibilities for the new small Infiniti, which will use a high-performance four-cylinder engine produced by Daimler AG.
He says Nissan in theory could build the car in England, in the euro zone or in the so-called dollar zone: the United States, Mexico or Canada. The key point is not where Nissan will build it but where it won't. "Building it in nonyen is a better way of looking at it," he says.
Suppliers also are moving ahead with U.S. plans and jobs.
Akebono Brake Corp. said last month it will add 224 jobs in a $20 million expansion of its plant in Glasgow, Ky., that makes friction material for brakes.
In late August, Hitachi Automotive Systems America Inc. said it will spend $74.5 million to build a 130-employee plant in Berea, Ky. The plant will supply electric-drive motors to GM and other automakers.
Faurecia North America, the suburban Detroit unit of France's Faurecia S.A., is on pace to hire 800 Michigan employees in engineering, human resources, purchasing and other areas.
The change in currency values has made investing in U.S. plants something of a bargain for European automakers and suppliers. Germany's Audi AG and the now Chinese-owned Volvo Car Corp. also are contemplating building U.S. plants.

Kristin Dziczek, director of the labor and industry group at CAR, says the investments result from several factors, including falling U.S. labor rates.
A large number of new hires at Ford's Louisville plant will earn $15.51 an hour, a lower-tier UAW wage level for new hires that was negotiated in the 1997 contract. Current UAW workers typically earn $28 an hour.
"U.S. wages are stagnant or falling," Dziczek says. "That will resonate throughout the industry." Toyota's Tupelo plant will start workers at $15 an hour.
"Things have changed," she says. "Lower wages. The rise of the yen. The push for better risk management after the Japanese earthquake. Those factors are encouraging companies to invest here. You'll see more coming over time."
You can reach Lindsay Chappell at lchappell@crain.com.

Promote Your Page Too

Seems that Craigslist is always changing up their posting criteria which can make for some serious headaches when it comes to posting your inventory.  Many times when they make changes and they do…Continue

What is the first thing that comes to mind when I say the word "Craigslist"?

An excellent example and explanation from Terry Holbrook

You need to be a member of Understanding Craigslist to add comments!

Comment by John Miller on September 27, 2011 at 4:46pm
Seems as though lots of dealerships are learning about Craigslist ghosting.  Here is a post that I'm following and helping out on over at kainautomotive Idea Exchange. Take a look