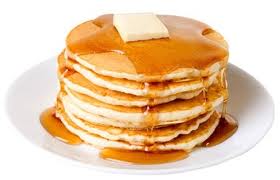 Pancakes must have a low heat in order to cook evenly. If the fire is too hot, the outside may look golden, but the inside is still raw.

Learning the art of selling takes time-create your sales career evenly by learning everything about your product-as well as your competitors’ and be interested in others in order to be interesting to them. Tom Stuker, The Star Of The Hit Reality Show "Car Lot Rescue" Will Be A Speaker At The Internet Sales 20 Group

Tom Stuker, The Star Of The Hit Reality Show "Car Lot Rescue" Will Be A Speaker At The Internet Sales 20 Group…

From the NCM Institute Blog: Why are more customers tripping and falling at dealerships? By: Dennis Kane

This article was written by: Dennis Kane

I see an increasing trend from auto dealers: slip, trips and falls are on the rise, particularly in the service department.

This uptick can be attributed to some or all of the following factors:

3 things businesses need to know about their Twitter strategy

Twitter is still the most used social network by businesses. This surprises some, but the latest statistics showed that 77% of businesses were on Twitter versus 74% on Facebook. It’s not a big difference, but it’s still at least a little surprising to…

Automotive Sales Training - Are You a Professional Or a Lot Lizard?

Don't Fear Your Customers on Social Media - Embrace Them!

A conference for everyone

There are many conferences and I have been blessed to be a part of some of them lately.  My take on Advertising is quite a bit different than most.  And so, ironically, I became involved in a conference as different as I am.  The Automotive Super Conference in Charlotte NC March 13th and 14th is yes, a Biblically based conference.  But, since I am probably the least biblically based speaker I thought I would share why this conference is "for everyone."

I was involved in this…

Here’s a stark truth that may make some of our competitors, employees at Facebook, and even some of my own employees a little upset: car dealers don’t need social media marketing to be successful. Search, proper website maintenance, display ads, reputation management, and mobile marketing may all have a claim of…

You want me to do that now too?

Recently I received a emailed correspondence from a service advisor that was just fed up with all the added responsibilities piled on him and him peers in the service drive . He was asking me if the status quo has changed across the country.
Here is a snippet of that email:

What is SEO and How is it Changing?

NADA 2013 was a whirlwind. There was more activity, more excitement, and most importantly more hope than I’ve seen since 2008. Dealers were excited to see more, to learn how to go beyond the survival mode that has been fading in recent years and to concentrate on thriving mode. It was the most encouraged I’ve been about the industry in decade, but…

Buffer and Feedly Apps have integrated for Seamless Sharing

Here is proof that every new car drives Different!

Posting only links on Twitter means posting nothing at all

Anyone who has been on Twitter as long as I have (6 years I believe) knows that the site has gone through major transformations in the past. Lately, Vine might be the only major change in a while but there was a time when it seemed like proper Twitter etiquette changed week by week. When I first…
Continue

Two things keep people from being successful: laziness and the lack of leverage. The good news is that neither of these are incurable diseases, but they can be if left untreated. Let’s take a look at both and how to get rid of each one.

Leverage creates the tipping point that gets you moving and taking action. Leverage can come from wants, needs, fear, love, hate and other emotional triggers. All leverage points are good if you channel them correctly, even if they…

Value for the Dollar

Value!!! Over the last week and change, I have been reaching out to everyone I know and don't know, in an attempt to raise awareness of Automax, Dave Anderson and the upcoming Automotive Super Conference in Charlotte, NC next month. This TWO DAY EVENT, complete with meals and a ride in the Charlotte Speedway Pace Car, is essentially a give-a-way at $250 for registration. The quality of the speakers alone command thousands of dollars. My friend and mentor, Craig Lockerd, the President…

You Can't Have Faith Without A Fight 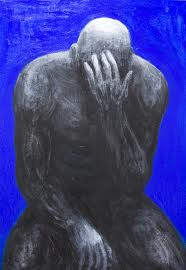 When’s the last time you got into a fight? If you work in the automotive industry, chances are you’re reading this in between rounds. In sales, every day we are enveloped in a triple-threat cage match-mentally beaten, battered, and bruised, only the strong survive to fight another day. Not only are we faced with the negative stigmas of our industry, but we also have…

The Little Gopher That Could: How Being Not So Normal Paid Off Big

Humans are competitive by nature. Throughout history, as a species, we’ve been competing in one way or another whether that’s with each other or nature. So it came as no surprise to us when one of our clients – Princeton Mini – approached us and said that they “had to” win a regional OEM contest being held in conjunction with a national sales event, and enlisted our assistance.