If You Build It, They Will Come: How My Grandmother Taught Me The Secret to Social Media

Increase Your Leads With Online Classifieds

Print classified ads are one of the main tools auto dealers use to advertise their vehicles and service but as more and more people are turning to the internet for information, online classifieds are significantly and steadily outperforming newspapers and periodicals in providing ad spaces and lead generation.

My job requires me to be in front of a computer for many hours a day. When I started PCG Digital Marketing in 2005, I remember many months where I would be at the computer 12-18 hours a day, 7 days a week. This lifestyle choice coupled with lack of exercise and a healthy diet resulted in some significant weight gains by January 2010.

During those first… Continue

WomenCertified® is all about the customer experience. Here are some helpful reminders about how you can take your customer experience to the next level!
1.Be approachable and likeable.Research has shown that people like to buy from people they like. Does that make you nervous, as though you’re in a middle school popularity contest? Re…
Continue

What Do You Want?

I work in sales during the day. It's not car sales, (I know, right?!) but we do sell a service to folks who are interested. We get leads, they are called by the representatives.

I received an incoming call today from an angry student (I work at a bartending school), who was irate that we had withdrawn him from classes because he was out of time.

We spoke in circles:

Are you tired of hearing about Charlie Sheen, yet?  I definitely am. I do have a confession to make: He was having a contest for someone to be his social media intern, and I applied. I made it to the 2nd round and then they canned me. I knew from the beginning that I probably wouldn't get the position. But I never thought that I couldn't.

In his famous interview where he drops his now branded words like "Tiger Blood" and "Winning", Charlie Sheen said something that was both head…

Baseball season is back in full swing. (See what I did there?  Yes, very cheesy, I know). And spring training for the teams is coming to an end.  They’ve spent well over a month preparing themselves and their minds for the day-to-day responsibilities that go along with a season of baseball.  Trainers, managers, and coaches get together to evaluate their personnel and to get them ready for action.  Several dealers do the very same when they seek out training for their team.

Using the Fundamentals of Twitter to Engage Current and Potential Customers

Five years ago Jack Dorsey, co-founder of Twitter, sent out the first tweet launching a new form of communication that became a revolution in 140 characters or less. This year, Twitter posted a blog reporting that it only takes about one week for users to send 1 billion tweets and last February an average of 460,000 accounts were opened per day. In the automotive industry, we should all ask ourselves, are we utilizing the fundamentals of Twitter to best engage current and potential buyers on…

The 7 Measurables and the Financial Statement

There are 7 Measurable and Improvable Key Performance Indicators that every Fixed Operations Director/Service Manager needs to be aware of.

When you have a constant update on these measurables and a mandate to improve their numbers you can have a really impressive Financial Statement at the end of the month.

Think about what a 10%… Continue

It is Not What You Say, It is What They Hear!

Many salespeople use words every day that convey the wrong message, or minimally an unintended message, and wonder where the prospect is went. When we learn to sell, often we learn through ‘On the Job Training’ which means we practice trial and error on our clients. This practice is very expensive and leads to bad habits.

If you want to improve your closing ratio, take action…

Facebook has recently launched a new application that could change the way you interact with current and potential customers. Facebook Questions, which operates similarly to Quora, Aardvark, LinkedIn Answers and other Q&A sites on the internet, can be a valuable tool for dealerships looking to find out more about their target market. With Facebook Questions you are able to ask a question then either set up specific poll answers for people to vote on, keep the question open-ended allowing… Continue

Who Is Making Money on Your Used Car Inventory?

I'm working on a white-paper to present at the Automotive Marketing Boot Camp that compares the choices dealers have to advertise their used car inventory. One of the elements of the white-paper is to document how Vehicle Detail Pages (VDP) are designed and presented to consumers.

From a dealer perspective I have a problem with…

Franchise lawyers say the franchise laws have changed little in response to the increasing
business being done online.

While some franchise experts say the relevant market
area hasn't changed--that dealers still do business within about a 20-mile
radius--the factories are stepping into a regulatory vacuum and policing
Internet sales. One example is that Honda allows service contracts to be
promoted but not sold on…

We have some great stuff lined up for this year's event. I've mentioned the SCVNGR promotion. We have some really cool prizes! The grand prize is an Apple MacBook Air (courtesy of…

Adding QR codes to your Photos for 3rd party sites

I started doing Internet sales in 1997 and since then I have always tried to
stay ahead of the next dealership, doing things that no other dealer is doing.
So one of my biggest challenge that I never got resolved, until now, was to find
a way to include a hyper link into my listings on Autotrader and Cars.com to
direct customers back to my site or any where else I would like for them to go.
To be up front, I am a vAuto rep for the store Moberly Motors in Moberly MO,… Continue

Phrases you never hear No.1 "Will someone please sell me a car?"

How often have you asked a customer, ‘when are you looking to buy’?

If you are like most car salespeople, probably a lot.  But how often do you get an honest answer?  I’m guessing the answer is ‘not very’.

Genuine buyers tend to hide the fact that they are looking to change.  They’ll tell you it’s “early days,” or “I’m just looking”.

Gamification: Coming to a dealership near you soon!

Gamification is the use of game play mechanics  for non-game applications . It also strives to encourage users to engage in desired behaviors.…

Why pay when you could post jobs for FREE on dE?

Why pay and hope you find great automotive minds when you can post your jobs for FREE and know you are reaching the BEST and BRIGHTEST in the industry?

As a leader in the Automotive Industry, you are invited to post jobs for FREE on http://www.dealerelitecareers.com. As part of the fastest growing automotive social networking website,…

Auto sales, any sales really, is a people business.  It is about identifying a customer's wants and needs and tailoring your product to them.  Too many people who have “Sales and Leasing Consultant” on their business cards are nothing more than paper hat wearing, order taking monkeys with notes in their mouths.  Customer's come to dealerships and give the sales representative a list (an order) of what they…

In one sentence, can you tell me why anyone would want to do business with your company? 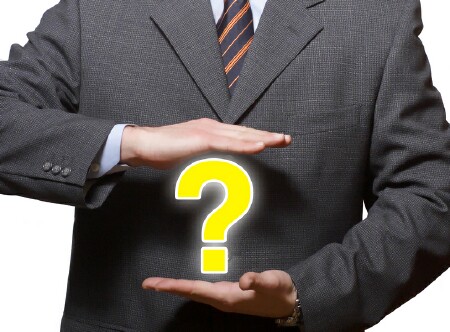 In one sentence, can you tell my why anyone would want to do business with your company?