Our Pledge to Dealers

When I arrived at TrueCar in December, it was apparent to me that the biggest issue facing the company was the need to make TrueCar a more positive place for dealers to do business. Over the past decade, TrueCar has been successful in attracting car buyers, but its overall approach has alienated many…

West Palm Beach, FL – March 31, 2016 – Gubagoo today announced the launch of RESQ, a landmark new application that will change the way dealerships use…

The 3 Best Ways to Recruit Top Talent: By Chris Saraceno

As many Business owners and recruiters have found as they aim for hiring talent that contributes on a high level to their business, it is not often as simple as posting an ad and reviewing the first few candidates.
Recruiting, at its most effective, involves a level of direct advertisement so that the team in charge of hiring has a way of weeding out the candidates that don't meet the companies’ standards and to meet to the ones that will add value to a company.
Here are 3…

CarStory Market Reports Adopted by Over 6,000 Dealers; Dealer Group Reports Up to a 27% Increase in Used Vehicle Lead Submissions

Austin, Texas – March 31st, 2016 – CarStory today announced that its Market Reports, which launched last year during NADA, are adopted by over 6,000 dealers, including over 50% of the Top 10…

The KAR Index™: Is Historic Upcycle for Auto Retail Stocks Over?

New index from Kerrigan Advisors tracks the seven auto retail publics to identify and assess the drivers impacting changes in their valuations, with implications for both public and private auto retailers

Chapel Hill, N.C., March 31, 2016 - 3 Birds Marketing is proud to introduce its enhanced and expanded enterprise-level marketing and analytics platform at the 2016 NADA Convention & Expo. Built from the ground up to be fully and tightly integrated and to serve the needs of automotive…

Unfair and Deceptive Acts and Practices statutes (UDAP) cover virtually every aspect of a dealer’s sales, finance and fixed operations. Everything from advertising and marketing to consumers, staff conversations with customers, managers’ conversations with salespeople, how prices and payments are quoted, how deals are handled in F&I,…

One of the characteristics I’ve seen in some people is that they enjoy seeing other people struggle. It might be a person that they know is going through a divorce or financial concern and they feel the need to talk about it to others. At times this even affects a…

What Do You Stand For?

Consistency in Branding is Everything!

What does your brand say about your company? Is there a consistent look, feel or message that your customers see when they first interact with your business? Believe it or not, a strong brand can mean the difference between a sale and a missed opportunity.

On this week’s Think Tank Tuesday, I'm discussing what makes a strong brand and explains the steps you need to take to make sure your brand is engaging your customers…

Your Biggest Revenue Opportunity Is Closer Than You Think 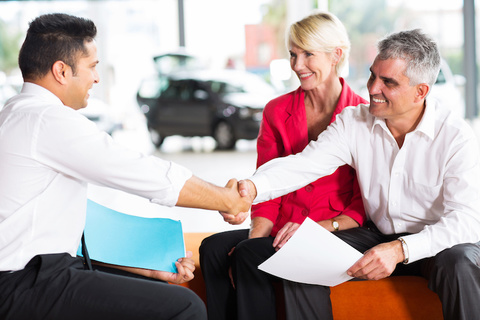 It’s a well-known fact that retaining customers is less expensive and can be more profitable than acquiring new ones. The reality is essentially, customer churn keeps your dealership stationary. Many dealers blast sales messages across every medium possible – traditional, mailers, and digital; hoping that someone, somewhere will see it and decide to buy a car from them.…

Powered by data from Black Book, Bullseye Prospecting is designed to reduce and consolidate the many different touch points involved in the development and execution of a customer…

The Auto Industry Needs a New Type of Sales Manager

I apologize in advance, as this column is going to upset a number of sales managers.

The biggest challenge most dealerships face is recruiting the Millennial generation who have the right skill sets to become true salespeople.

As a whole, the automotive industry is continuing to thrive as it did last year. Increasing numbers in lease credit approvals may aid in ensuring that 2016 follows closely in 2015’s footsteps, yielding…