Every time a social network makes a change to their layout, design firms around the world groan about how they now have to redo a ton of different artwork. Social media is big business and companies will pay big bucks to look just right on their pages and profiles.

Google had a change of their own recently on Google+, including one major change to profile and page layouts that made the…

Successful sales consultants in the automobile industry do the following:

1. They plan their day the night before in writing or in their CRM. This means they can hit the ground running with a well thought out plan of action and purpose.They don’t waste time during the day stopping to think or decide "what do I do next ?"

Why Use Automotive Direct Mail Marketing

Focus Your Social Media on Customers and Community

People in the world of marketing and businesses trying to use social media for promotions almost always face a paradox. It’s like a Chinese finger trap – the harder you pull, the more trapped you can…

5 Web Properties To Which A Dealer Needs Admin Access

I just put an article up on the site.  That talks about the 5 Key Web Properties Dealers keep losing control of that they can't afford to lose control of.

What You Wish They Knew Your business depends on your prospects and customers knowing what you wish they already knew.  What is the best way to convey that knowledge during your best opportunities?  Go to our article in the March – April edition of Fixed Ops Magazine for some very effective suggestions.  See you on page 44.…

There are three things you should always listen to in this business:

2. What people are trying to say.

3. What they really mean.

Often, what people are saying is they ‘hate’ to…

There’s a saying in online marketing that has been around for a while. “Content is king.”

The truth is this – before the last year, it really wasn’t. Content has always been important, but it wasn’t until recent updates in Google and… but he was also aware of the importance of having a good reputation.

He explained the difference this…

How hybrids are changing marketing

This is a really insightful article from AutoNews about the way hybrids are pushing marketers to change their sales pitch. Have you found that you must market differently to attract hybrid shoppers?
LINDSAY CHAPPELL

The wraps came off of the 2014 Infiniti QX60 Hybrid Wednesday afternoon in New York,…

From the NCM Institute: Do your managers know how to maximize their ROI opportunities? Written By: Robin Cunningham

Please read, share and pass this article I wrote "Are You Treating Customers Like VIP's?" for Fixed Ops Magazines March/April 2013 edition along to everyone you know in customer service. It applies to every Industry we work in, not just Automotive retail. I am confident all of you who read and or share in it will take at least one, maybe several things back to your professional work environment, no matter what you do and immediately improve the way customers are acknowledged, treated and…

Be a professional specialist and not a “Jack of all Trades”

Be a professional specialist and not a “Jack of all Trades”

My father was a farmer and contractor and was very good at both. But the one piece of advice that he gave me was when you had something important that you had to hire someone else to do, be sure that you hire a professional their field and not some “Jack of all Trades” because it will cost you less in the long run to hire a professional, someone that knows what they are doing rather than to hire someone that just  thinks…

Let’s Face It. Google Is Search.

Let’s call it what it really is, shall we? Despite efforts by Bing/Yahoo to stay relevant as well as efforts by Facebook and Twitter to enter the search game, there really is only one. For years, I’ve always had to add the caveat when discussing search marketing that “When I say Google, I mean Bing and Yahoo as well.”

I won’t be saying…

Neil Rackham, author of Spin Selling, blows traditional thinking about features and benefits out of the room when he introduces us to the term “advantages.”   Everyone has heard of the first two, but I love what happens to the sales process when the term advantage is infused  into the equation.  As with all points in Spin Selling, Neil clearly defines the word advantage and provides research to define its effectiveness in the sales process.

How can I creatively sell a car by email?

Hey guys, I need some ideas on how to creatively sell a car by email, Advice?

What Is Your Lead Response Time?

On this week's Think Tank Tuesday find out why getting back to consumers immediately is vital to nurturing leads. 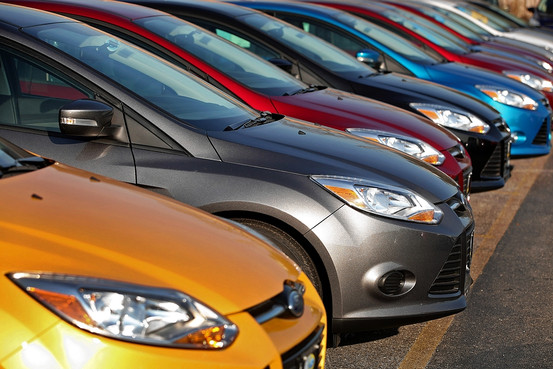 My business card has my title on it: Customer Advocate and Internet Marketing Visionary. It's the visionary talking to you right now, and like so many posts I've seen here on D.E. Of late, I think this is going to turn into a question.

Two groups I would like to focus my marketing efforts on are as you can guess are one; Baby Boomers, and two; the LGBT…

3 Ways Statistics Are Lying To You

In the 1954 classic text, How to Lie With Statistics, author Darrell Huff asserts that there are hundreds of ways that numbers can lie to you. Statistical interpretation is a subjective business - trends and correlation can be employed by the statistician to support pretty much any hypothesis. Graphs and charts can distort reality. Ratios and proportions can be meaningless comparisons. What we might think as…