Break Out Not Even Do you remember as a child being asked what you wanted to be when you grew up? After being asked the question, your eyes instantly glazed with excitement as you stared into the abyss of your future. You were too ignorant to understand how and too young to understand why-you just knew that you knew; you were determined.  How high was high,…

Hello to all my dealerElite friends

Hello to all my dealerElite friends:

We may all think that September is a long way off but it will be here before you know it. I'm sure all dE members would like to invest in our careers by attending one of the the fall conferences in September or October. I personally recommend attending AutoCon2012 on September 5-8th. DealerElite will be hosting this convention in partnership with ADM.

There have been some excellent insight into that subject by members, so I think I'll throw my hat in to the ring.  I think you you want to know who your competitor is, the first thing you need to do in the morning when you awake and before you turn out the lights in the evening is look in the mirror.

Do you understand what buyers are looking for today in a salesperson? Does your dealership have a process in place that keeps the buyer on the right path? Do you have the…

Wireless Security in the Dealership

In today’s market with customer privacy regulations at an all time high, it is important to ensure your networks security.

Many dealerships are opting to go with wireless equipment to make working with customers easier and more versatile. For example, many service departments use wireless tablets to write up customers on the drive encouraging up-sells during the greeting and walk around.

Who Is Your Competition?

That question often depends on who you ask.  Salespeople will talk about the dealer up the street or across town who is absolutely giving the cars away.  F&I will talk about lenders who seem to favor other dealers and cost them deals.  Managers will discuss factory incentives, advertising, and the like.  But is that what we're really up against?

After 33 years in the business and over 15,000 salespeople and managers trained, I think there's more to competition than we…

Did You Ever Look at Your Service Gross Potential THIS Way? From the NCM Institute Blog

When I was teaching the Sonic Dealer Academy from 2001 through 2008, my co-instructor, Steve Hallock, became famous for asking each class why they thought we spend so much time talking about the service department. He would explain that it’s because, at a 75% gross profit margin on labor sales, the service department offers, by far, the greatest incentive to increase sales. "So why bother?" Steve would ask. "Because it’s only75…

Start Rolling in the Sales with Pre-Roll Video

Marketing experts agree that online video is the wave of the future and to some extent may replace television altogether. eMarketer predicts that 169 million people (71% of US internet users) will be watching online video each month by the end of 2012. This sizeable market share should not be overlooked as their attention is easily captivated through Pre-Roll Video, a short video…

I created a video that gives a brief overview of the Google Cars program, officially called the Google Commercial Unit For Cars (CUFC). A few more details on the program are now available but dealers still have a number of questions left unanswered.

Take a minute to watch the video and see my comments at the bottom of this page.…

Before I decide to make a purchase on any big ticket item,  I search the company’s name in Google and see the rating  the business received. I also read a couple of the customer reviews. I, like most shoppers, am turned off by bad reviews. Shoppers are using the Web now, more than ever to research and review companies.

Which rating service should dealerships pay most attention to? Google and here’s why:

I googled a local dealership here in Orlando, and the first…

How Much for Your Business?

When a customer comes through the door we are implicitly asking him or her “How much for your business?” – How much trust, service, convenience?  How much VALUE does it take to earn your business? 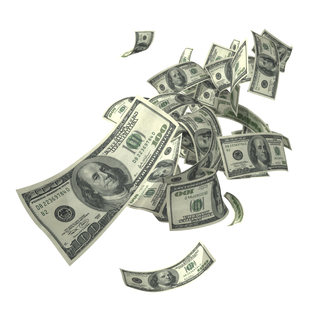 My friend who owns a 6-bay shop was telling me that business is great.  While he is always keeping his eye on improving the bottom line, he said that the only way they…

This isn't going to be a long rant because I do most of my ranting in the video below, but it all definitely needs to be said. Taking an image that someone else took from one of the various picture-sharing sites on the internet and then slapping your watermark on it is a very poor practice. It's dishonest. It's a potential hit to your reputation. It's a little creepy.

One of the founding tenets of Dealers United is that our Member-Dealers will ALWAYS be GUARANTEED the LOWEST price, and BEST terms and conditions for every deal. We stand by that; and we demand this be written into every vendor agreement.

Yesterday, one of our members discovered a lower price than their current deal with a signed vendor. The price was only $38 below the Dealers United Members’ Only Price and it was for a long-term contract, but it is important to us to…

Are You Following Through?

Check out this blog by Tori Hoffman as she talks all about how important your actions are to customer.

Do What You Say!

Mobile Applications Keep Your Dealership With Customers Wherever They Go

Mobile applications are in massive use today, and projected to overtake desktops as a preferred method of connecting to the internet in the very near future. That’s according to multiple sources, including DudaMobile’s new infographic illustrating the Top Five Industries to Go Mobile on Mashable. The same infographic shows the automotive industry to be in the top five but in last place, with…

What Is Internet Fame Really Worth?

I bet you thought Internet fame means increased sales for your business. Nope. Just ask Chuck Testa. The California taxidermist became an internet phenomenon when he released this comically…

From the NCM Institute Blog: Do You Have a World Class Used Vehicle Operation?

We recently completed a regional NCMi® training workshop in Washington, D.C. titled, “How to Make the Phone Ring and the Door Swing in YOUR Used Vehicle Department.” One of the class exercises was for the attendees to complete a checklist to determine if they operated a “World Class” used vehicle department. Following are the questions that resulted in the most productive discussions:

Managing Controllable Profitability in Your Automotive Dealership :From the NCM Institute Blog

The NCMi faculty members and the NCM Retail Operations field consultants have learned that managers who effectively manage the elements of “controllable profitability” within their respective operating departments normally produce a significant departmental net profit. This, of course, assumes that the majority of dealership expenses (limited-control and fixed) are fairly distributed to each operating department.

Many managers, however, lack the proper focus on controllable…

Industry’s most authoritative profit-building event offers complimentary rooms for meetings of up to 140 dealers, pre- and post-summit