Off to See the Wizard Part 3

Now it’s time for the Wizard – service advisor – to approach me with recommendations.  We appreciate knowledge and confidence in a service advisor.  This is not an excuse for arrogance, condescension or dismissiveness. 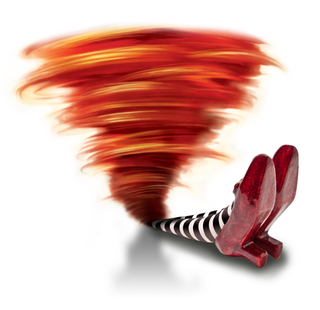 This article is the third of a three part series on building trust with customers. …

A sales person has to have a certain ego, and confidence about them and they like to win in every deal, but sometimes you have to appear to lose to win the sale.

You never lose in sales when you make the sale.

Our job in sales is to get the customer to bob their head up and down, telling you “we will take it.” This is the outcome we are looking for with every prospect/customer we face. Sometimes we get demanding customers who are so afraid of sales people, they…

Setting Up Local Listings in Search Engines (Besides Google)

Most people tend to focus a lot of their local search engine marketing for their auto dealer website on Google Places.  While it's true that a lot, if not most, of your search traffic comes from Google, it's still important to make sure your dealership is properly optimized for the other major players as well. 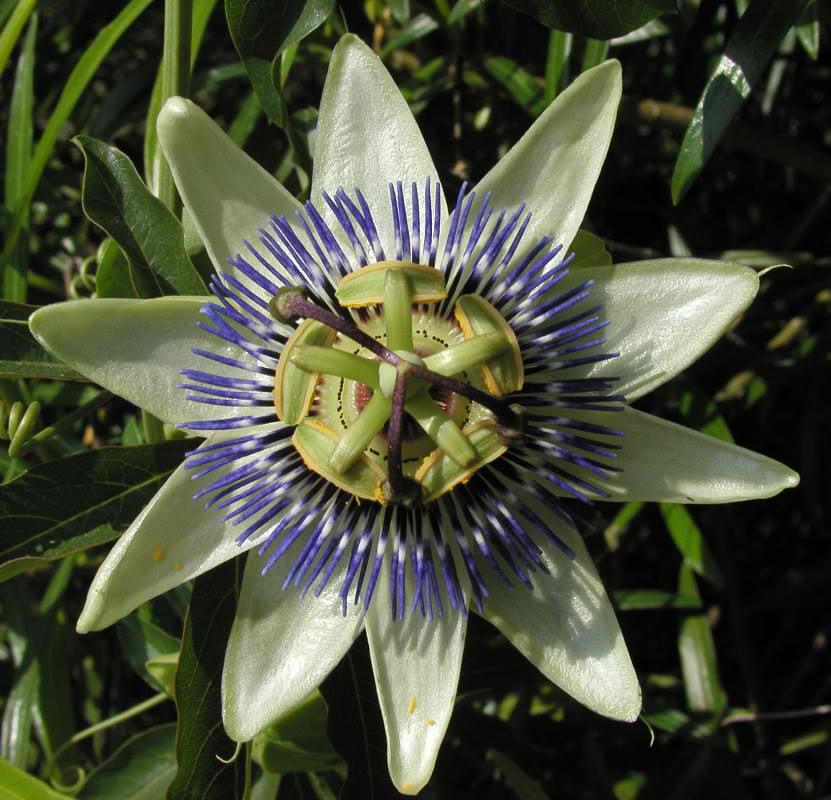 The Passion Fruit is named after the plant it comes from - the Passion Flower.

The Passion Flower is so called, because it’s very distinctive appearance was very symbolic to early missionaries, of Jesus on the cross. Or - the Passion of the Christ as it is known.

There are spiky structures sticking out from the center of the flower, which symbolizes the…

Is Your Dealership Ready for the Zero Moment of Truth?

The world is getting smaller everyday and today's consumers have access to more information about your company with just a few clicks or taps on their computer.

To highlight the importance of all this check out the Zero Moment of Truth website with videos and an ebook to help you get the message out.  http://bit.ly/nIM72o

Our company, Carfolks.com has been getting… 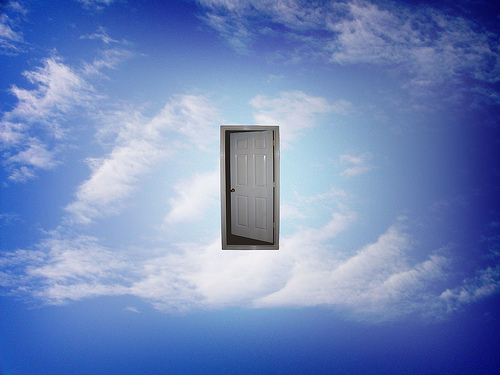 “At first people refuse to believe that a strange new thing can be done.

Then they begin to hope it can be done.

Then they see it can be done.

Then it is done………. and all the world wonders why it was not done centuries… 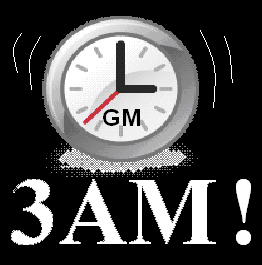 Yeah, I said it:  GM’s Internet lead response measurements are wrong-headed.  The age of pushing dealers to a better 24x7 response time is over, and the results are misleading.  And they are unfortunately too often focusing dealers, and therefore precious resources, AWAY from car sales.  And here’s why.

Who Do You Say I Am

The Great Confession by St Peter was in response to a question ask by Jesus to his disciples. His question was "Who do they say I am?"

The responses varied, some say He was John the Baptist back from the dead, some said he was the prophet. But then Jesus asked "Who do YOU say I am?"

If You'll Be At Digital Dealer - This is a must attend

The Dealer Resource Group Is Please To Announce That Senior National Trainer - Anthony Bartoli Is A Featured Speaker At This Year's Digital Dealer Conference.

If you are attending this year's conference,…

The Recipe for building a Super Salesperson - Part 1, The Ingredients

I am a chef by training and as such my wife tells me that I am a food snob. I am not sure if that is true or not, but what I do know is that I hate foo-foo food, meaning food so complex that it becomes unrecognizable. I love dishes that are simple, and where the chef loves what he or she does so much that you actually taste the love in their food, kind of like how your mother would cook it. To me, selling is no different; some salespeople are knowledgeable about the “mechanics” of the sales… Continue 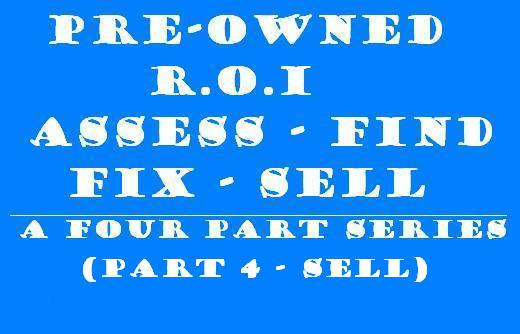 In the first part of this 4 part blog, we reviewed how to “assess” what would be your “perfect Pre-owned inventory mix”.

In the second part of this 4 part blog, we reviewed how to “find” your “perfect Pre-owned inventory mix”.

In the third part of this 4 part blog, we reviewed how to…

I use this term alot with my managers and salespeople...I have this on my wall in my office!

I use this as a way to remind the guys that each and every person on our team has to want to be the absolute best at thier craft!

As managers we have this desire to coach things like Negotiating, or closing, or…

Do not underestimate the benefits of sponsorship.

Here at Salefest we’ve just witnessed the good-fortune that a well-planned sponsorship deal can provide to your business.

How would you like to hear your dealership not only mentioned, but thanked, in front of a…

That is the Question being asked by all in the service side in the Auto Industry. I have worked for Dealers my whole Career and have seen drastic down fall in pay. When i first Started I started as a Tech and Worked on Rattles, Squeeks and Oil Leaks, 17 years after and a 10 year Master Certification Later we as Tech's are doing Rattle's, Squeeks, and oil leaks becasue the new hires are not Certified. now i have moved to the Service Writer position looking to move to the Directors chair in…

Build, Maintain & Manage a book of business – The new job description of an Automobile Selling Professional

“Give a man a fish and he will eat for a day,” is the first part of an ancient Chinese proverb that explains why the majority of salespeople are not doing so well in our industry. If you think about it, our industry is pretty young, a little over a hundred years old and since its inception, not much had changed in the way that vehicles were bought and sold, until the Internet. Much has been written and said about how it has impacted the industry, but the quandary that we face today,… If your sales career has hit a slump worse than the New York Yankee's Derek Jeter's "0 for 32" hit-less streak in 2004, let me suggest an affordable seminar available to help get your sales swagger back. In fact, this seminar is offered in nearly every city in America. Can you think of a seminar where you can enjoy a nice meal with a special person, have a glass of wine…

Lazy is often seen as a bad thing, but I disagree. Lazy is an amazing thing. 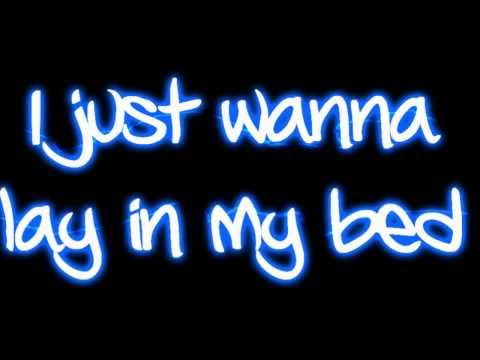 Here’s just a few reasons why: 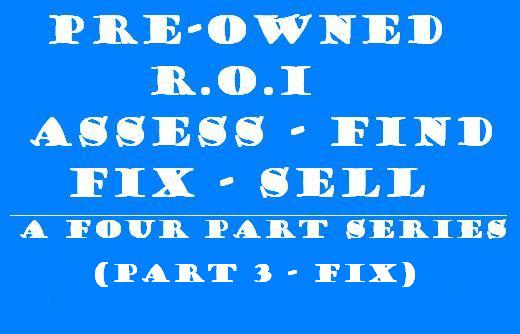 In the first part of this 4 part blog, we reviewed how to “assess” what would be your “perfect Pre-owned inventory mix”.

In the second part of this 4 part blog, we reviewed how to “find” your “perfect Pre-owned inventory mix”.

Now that we know what vehicles we are…

As a Dealer, did last year bring you the return on investment that you expected?

As a General Manager did you meet or exceed your net profit projections for the year?

If you are a Fixed Operations Director did you increase your customer pay retail sales for parts and labor over last year?

For all three of you, is your Service Absorption rising year over year? If any of your answers were “NO”, then you must ask yourself...why?

To begin with, your financial… Continue

When a costumer says no, 80% of the time 95% of them are not saying no at all. If you can understand this you will be so far a head of the game you won’t even be playing. You will own the team. Let’s face it, when you go into watch a football game (here we have the Lions) you aren’t seeing the owner, playing. Who’s making the money? The players sure, the owner though, that’s where the cash goes. So what does he have that the players don’t? He… Continue