Infiniti Is Partnering with Cirque du Soleil. How are YOU innovating this spring?

As "Official sponsor and exclusive automotive partner" for wildly popular entertainment group Cirque du Soleil, Infiniti Automotive group is effectively reaching a very broad range of possible customers. Their luxury vehicles are well known in the auto sphere, but by partnering with Cirque du Soleil, Infiniti is hoping to draw even more attention to its latest models, in a far showier space than, well, the showroom. They are debuting their all-new 7 passenger crossover with the performance…

By the end of Friday, 32 new cars will have been sold at 50 percent off the manufacturer’s suggested retail price, courtesy of a promotion by AutoNation Direct and eBay Motors that began March 23. Several more are slated to go on sale Friday, including a…

Use the data you already own in smarter and more efficient ways; decrease waste and increase revenue with an informed and targeted approach. Find out how modern dealership systems and best practices help you sell more cars for less money. What kind of data sells cars? How do I segment my data? What ROI should I expect from this approach?…

How to FIX Congress! Please pass it on.

As we approach the beginning of a new month, I was remembering the sales meeting I would have with my "troops" at the beginning of every month.
Since last month is over and it is so easy to say "i'm tired", "no one comes in after the close of the month", we…
Continue

Can your dealership create a 6th profit center?

as part of the cost of doing business. Not that all

business office expnses can be configured to show

a profit, but printing can.

Through a new completely digitally based printing

methodology, costs can be reduced while paying

the dealer a 10% fee in addition to dramatically

A staggering 97% of new car buyers are influenced by something they learned or read online.  97%.  And out of that 97%, you know that a large chunk of those people will visit your car dealership’s website at some point of their research process.
So the question is: are you doing enough with the content on your website to influence them to contact you and visit…

Apps and Automotive Technologies of the future

Apps and Automotive Technologies of the future

Microsoft and West Coast Customs know what people fantasize about, how about your dealership?

Today’s car enthusiast get excited about three things; cars, technology, and customization via accessories. Combine all three and you get…

Last Digital Dealer we explored the data behind SEO & PPC and where your efforts get the most bang for the buck.

At Digital Dealer 12 in Orlado April 3-5 will will explore the data behind ZMOT and how to execute it in your store to increase lead volume and most importantly Show Rate in the dealerhips.

That kills a General Manager it’s what he doesn’t know!

Those words spoken to me by one of the smartest dealers I ever worked for, Jay Marks, have stayed with me since 1996. Same principal applies in every position of the dealership but particularly in marketing.

Let’s face it Marketing is quickly becoming a…

If the answer is yes, claim them and merge them with your current Fan page!

Many dealerships have multiple Facebook pages representing them out there. Which page are your customers checking into? You can merge these other pages with your fan page, but you must claim each of these non-fan-page  pages before you do so.

Here's how to claim and administer the pages that are not your fan page, but represent your business:…

How I am getting the hang of Twitter and made for an awesome customer experience...

I often get some ribbing about my efforts with Social Media and many times find myself defending my beliefs in the value of the time invested. I realize this business that I love so much is still pretty top heavy with dinosaurs so I mostly let it all roll off my back, although at times I think if I can ‘get it’ as a 40 something year old car guy with over 25 years at this why can’t my fellow managers have at least a LITTLE open mindedness to Social?  Recently I had an experience that fully…

As it turns out, many people won’t tell a dealership directly how well salespeople at a dealership are doing – unless they’ve done a great job.  If they haven’t done well, they’re going to spread the word online and bash that dealership.
…and that’s good news for YOUR dealership.  (WHAT?)

Learning to fly: (the greatest risk comes at the takeoff and landing) 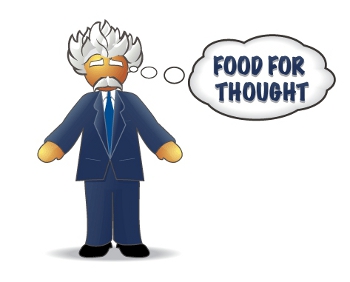 I am going to equate the sales process to flying an airplane. Too many times we focus on the “in air” process. That’s right we put so much of our attention on the presentation and though it is important, not enough emphasis is placed on the opening and the close. This results in lower closing ratios and missed opportunities.

I think we would…

Young, Wired Auto Service Consumers Intensely Price and Convenience-Driven - and Most Receptive to Dealer Loyalty Programs - According to New Study

KPA beat out more than 30 other SEO vendors to be given the opportunity to present their best offer to Dealers United members.…

SEO is Alive and Well (despite reports to the contrary) Every few months, I read articles or hear at a conference about how search engine optimization is dead. I've heard these statements for the last 5 years and they often attribute the same reasons for the demise of SEO (even years later).

Search engine optimization is still the single most important component for driving additional buyer traffic to a car dealer's website. Period. I would absolutely love to…